In the break of this semester, Observer ran its second student survey. 150 people responded – fewer than the last survey, which saw almost 300 responses, but enough that we got a lot of valuable feedback. Thank you to everyone who filled it out, and to show you how we’re taking feedback on board, here’s a breakdown of the results and our responses. 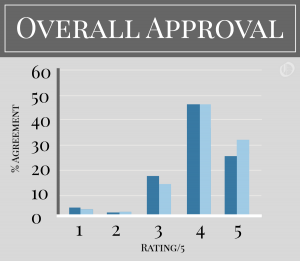 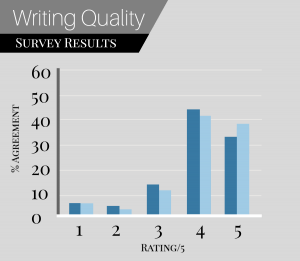 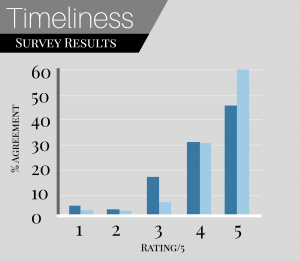 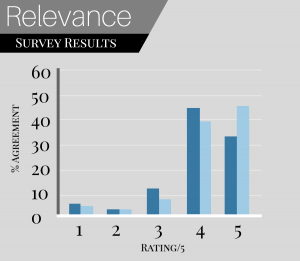 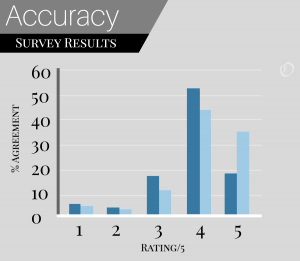 Last semester, timeliness was by far our strongest quality, and that hasn’t changed – in fact it’s increased, with more than half of respondents thinking we are excellent at getting you the news fast. However, we’ve been really pleased to see increases in other categories, especially accuracy. We had a couple of slight mistakes last Semester. We also just had less trust from the campus body – now we’ve existed for nine months, it seems people have come to trust us significantly more, which is a responsibility we take very seriously. We’ve introduced a lot more measures to improve accuracy this semester – now that we have a bigger reporting team, every article (that isn’t breaking news) goes through two editors, a fact-checker, and a proof-reader before it hits your eyeballs. 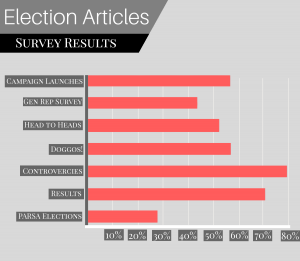 We produced a diversity of election articles, and while we have readership numbers from our web analytics, we wanted to know what people most appreciated and engaged with. Unsurprisingly, controversies were the most popular – our readership data also supports this. The Gen Rep survey didn’t get as much love, which is interesting as almost 1000 people completed the quiz.
To be honest, we’re not too motivated to change our coverage by these results. Elections are an area of news where what people click on isn’t always what’s best for an informed public – and while readership was lower on policy explainers, a lot of people told us personally that they really appreciated the chance to be informed. Of course we will cover the scandals, but we feel putting equal energy into thorough policy analysis is important regardless of demand. 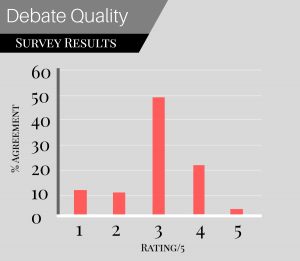 Debates were the low point of our election coverage, in terms of engagement and usefulness. Very few people watched, and those who did found them mediocre. We ended up collaborating on the event which created some serious logistical challenges – but we’re also looking at how we can improve for next year.
There were definitely too many events. The presence of a debate for each Executive position, and NUS, prevented the student body from focusing on a specific event, and took away from highlighting important events. The NUS debate was also not extremely useful – we were very set on providing more scrutiny of the NUS candidates, and we thought this would be one way to pursue it, but there were too many speakers and not enough time. Next year we will likely look into written and video alternatives to an in-person event.

People thought we were balanced! This is great. Some people obviously had criticisms, but the critiques we received were almost always two-sided; we got responses saying we were biased against small tickets, and against big tickets, and questions about our bias towards both major tickets. People are fundamentally liable to read bias into reporting on anyone they like or dislike – we take the balanced accusations as a sign that our coverage was actually quite fair. 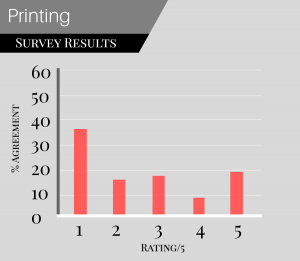 OK so before you freak out, this isn’t something we’re going to do right this minute. It’s a definite option – plenty of people have called for it, and plenty oppose. The results here are a quite decisive disagreement – more than 50% think it’s a bad idea. As such, we opted not to pursue printing this year.
That being said, it’s still on the table. This is mainly because we really want to break out of the “Facebook bubble”. A sizeable chunk of campus are active Facebook users, but plenty aren’t, and the unfortunate fact is that Observer doesn’t have strong distribution networks outside of Facebook. This limits readership, especially in the international student community, who are often left out of the loop because they’re not as commonly on Facebook. A printed sheet isn’t the only way to increase non-Facebook engagement, but it would effectively shatter that barrier. We also feel that a lot of the dislike of printing is grounded in a fear that Observer would slow down our article publication to match the print cycle – we can confidently say that were we to ever print, we would never sacrifice the timeliness of our online platform to favour print. 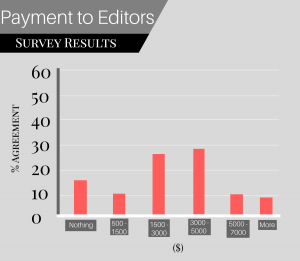 It turns out you think we should be paid! Wow! Thank you!
Real talk though, Observer needs to pay its Editors. Skanda, Eliza and Michael have been working for free this year and we aren’t complaining, but if you want to keep incentivising people to come back and do the work that’s so valuable to the campus community, you need to pay Editors to sacrifice the opportunity for part time work or other commitments.
The results here indicate that the $3000 mark is around where people feel we should be paid. The good news is that’s just about what we’re bidding for in our SSAF! 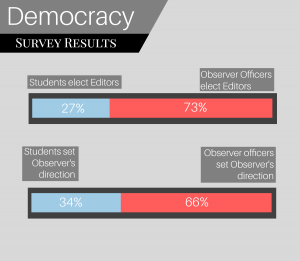 So this is how democracy dies – with thunderous polling. We were in the middle of redesigning our governance when this survey came back, and we took your anti-democratic views on board – Observer elections and the direction of the organisation through compelling motions will all be kept inside the organisation. Observer elections will never be a popularity contest; they’ll be decided by the students who are committed to the organisation, with the intent of hiring the best and most experienced people for the job. If you’d like to know more about the Observer governance, you can read our new Constitution here, and you can come to our Annual General Meeting (although you can’t vote! Hurrah for the absence of popular voting!).

Thanks again to everyone who completed the survey. As always, we welcome feedback via email ([email protected]), or you can give SSAF feedback via this form. If you’d like to get involved with Observer, fill out an application form here!