Organisers have revealed that this year’s Friday Night Party will be held in the Botanic Gardens, fulfilling previous hints of “waterfalls… flora and fauna”. The event is billed as ANUSA’s “biggest party of the year” and is typically a highlight of O-Week for many residents. 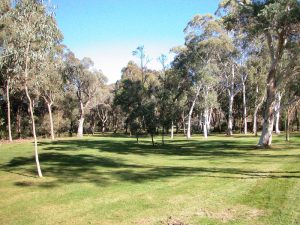 The announcement was made late today; the first of daily announcements planned by the event organisers intended to build excitement for the event. As the event approaches, we have been promised a series of revelations relating to the lineup of artists as well as some other “big surprises”.

The venue represents a change for the Friday Night Party which has for most of the past few years been held at Fellows Oval. Rumours surrounding the location have been circulating the ANU, including that ANUSA would collaborate with the University of Canberra, but  the location has been confirmed on the ANUSA website.

The event will be held at the Eucalypt Lawn in the gardens. This is the current location for the Summer Sounds event which will conclude this weekend, and the Friday Night Party will be using much of the same infrastructure.

The Canberra Botanic Gardens are on the slopes of Black Mountain, across Clunies Ross Street from the Daley Road colleges.