Even though no joke tickets will appear on your online ballot this year, it doesn’t mean you can’t enjoy the memes. Observer has compiled a round-up of 2018’s most prominent ANUSA election Facebook pages. 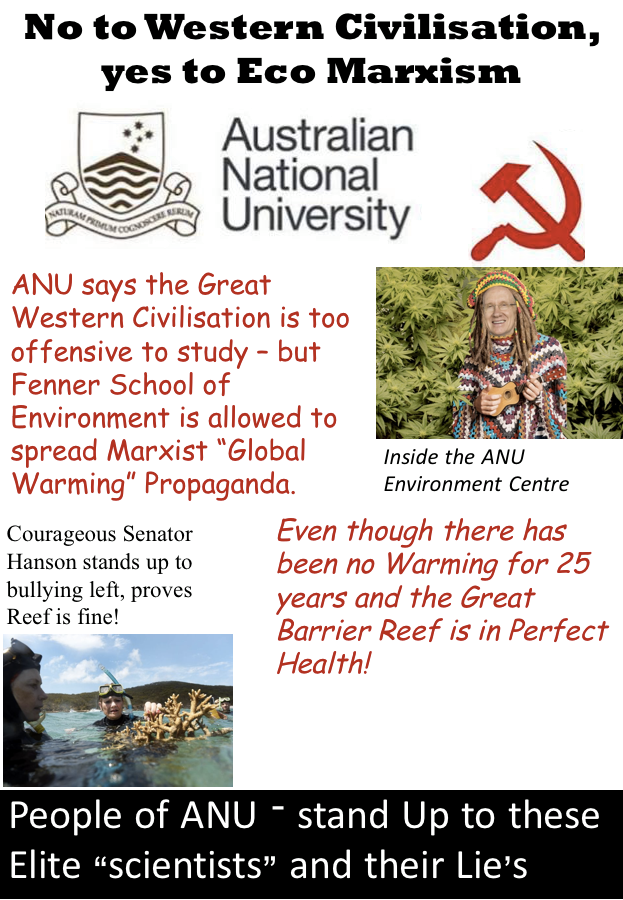 A meme which echoes one published by the actual Charles Smith MLC.

The page caters to a broad range of meme tastes, tackling issues like identity politics, referencing tickets from past years, and even giving hot takes on Probity Officer Howard Maclean. The page rejected the suggestion it is a joke ticket in a comment to Observer, stating it is “not bound by the LAWS of ANUSA [sic]”. The ticket said it purposefully opted not to register candidates as a rejection of ANUSA’s authority, and instead encouraged any supporters “to participate in a WRITE-IN campaign and to scrawl my name on their computer screens in BLOOD [sic].”

The page stems from an abusive image posted by real-life Western Australian One Nation politician Charles Smith as ANU negotiations with the Ramsay Centre fell apart earlier this year. When asked about his relationship with the page, Hon. Charles Smith told Observer, “I have no idea who these people are or what they’re trying to achieve.” Last year, a similar situation occurred with a ticket pretending to be politician Nick Xenophon. When Observer contacted the real Xenophon for comment, his team sent the page a cease and desist notice. Smith has not done this – in fact, he has given the page a five star review.

A New Dumb Policy For ANUSA Everyday Until Aug 16

In a landscape where policy differences between candidates may be elusive, this page provides innovative and agile policy proposals. Highlights include renaming new Bruce “Alt-Wright Hall” and commissioning John Williams to compose an anthem for ANU. The page is delivering on the promise in its title, even spinning a missed day as a day to respect Aussie actor Chris Hemsworth and his bid for Vice-Challencor in 2020.

In response to questions from Observer, the page stated that “our ticket is the only ticket that is willing to tackle the hard-hitting issues. Like why there isn’t a jumbo trampoline in Chifley Meadows.”

The ticket also said that it “fully support[s] the team of real people in ANUSA who do actual good work for the student body and campus experience.” 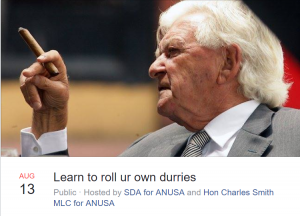 SDA for ANUSA has paired with Hon Charles Smith MLC for ANUSA for events.

For the ‘boiz’ out there missing some Anglo-Aussie content, SDA for ANUSA is the page for you. The page channels the Shop, Distributive and Allied Employees’ Association, a notoriously socially conservative union. The ticket’s timeline contains obligatory photos of former Prime Minister Bob Hawke chugging a yard glass of beer, and hot takes on this year’s serious tickets. Its hallmark event for the election is ‘Learn to roll ur own durries’, wherein the group claims it is “…sticking it to the ANUSA sooks by teaching yous the fine western tradition of rolling ur own at molo [sic].”

A spokesperson for the page stated that the group’s hallmark policy is to make ANUSA public, reasoning that “it will raise millions of dollars for investment for ANUSA so they can provide better services”. 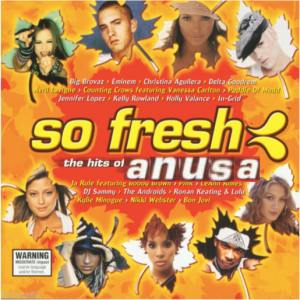 So Fresh is a series of albums only ’90s kids will remember.

For the nostalgic types, So Fresh ANUSA plays on the name of Refresh, while also delivering the best content from the 2000s. It claims to have Pitbull as its candidate for Education Officer, who is running on a platform of “free dental work for all students”. In comment to Observer, a spokesperson pledged to play “the greatest hits on loop over speakers placed every five metres”.

Perhaps unfortunately, the page’s schtick has been borrowed by Refresh, with the real ticket incorporating a So Fresh meme showcasing its executive candidates. Observer questioned the page about the incident, with a spokesperson responding, “I’m calling my lawyers.”

The creation of this ticket last year coincided with the election of Emmanuel Macron. The page has been less active this year, but it does have a consistent source of advertising in the Macron cut-out that periodically stands in the Brian Kenyon Student Space.

A page spokesperson told Observer that the groups has a policy of disaffiliating from the National Union of Students (NUS) and instead joining the European Union (EU). The spokesperson maintained that “no other ticket shares my dedication to the promotion of the globalist system or to French culture”.  While the ticket’s output has been low during this election season, if you’re interested in content on the National Union of Students, this is the page for you.

This page caters to College of Asia and the Pacific students who need a reprieve from participation in the only contested College Rep race of the election. Fiji First for ANUSA 2019  produces the most niche content on the Asia Pacific, making references to the policies of Prime Minister Frank Bainimarama. The page originally began for last year’s election, but it rebranded in June to ‘Fiji First for ANUSA 2019’ with the status “thinking about winning this year’s ANUSA elections”. Fiji First for ANUSA 2019 did not respond to Observer’s request for comment.

Observer would like to take this opportunity to condemn the absences of puppers in this election season. Refresh, Ignite, Reform, and the independents: we’re looking at you.

Voting in the 2018 ANUSA elections closes at 4PM today. Undergraduate students can vote at https://www.voteanusa.com/.