By Tom Jordan, and Skanda Panditharatne

The elections for the postgraduate student association, PARSA, will take place next week. This year’s election sees a contest between two tickets: Empower, led by current PARSA College of Science representative Michel Watson; and Vision, led by current PARSA Vice-President Zyl Hovenga-Wauchope. There are also a number of independent candidates running for various offices. Observer collated all the candidates, and compared the policies of the two major tickets.

More information on the Presidential candidates may be found in their manifestos here.

Zyl Hovenga-Wauchope is the current Vice-President of PARSA and Vision’s candidate for President. This year, Hovenga-Wauchope has led PARSA’s Home Away from Home campaign advocating for students seeking accommodation in Canberra. At the PARSA Election Debate earlier this week, Hovenga-Wauchope said the biggest issue facing postgraduate students is challenges in finding accommodation. In terms of leadership style, he stressed that he would consult with his team on decision-making. He is also Vision’s nominee for Postgraduate University Council representative.

Michel Watson is a current PARSA College of Science representative and Empower’s candidate for President. Watson was co-director of Women’s Week 2018 and co-organiser of the Sex and Consent Series for 2017. At the PARSA Election Debate, Watson said the biggest issue faced by postgraduate students is social isolation. She also said she would consult with her team where possible, or delegate in the case of time-sensitive issues.

More information on the Vice-Presidential candidates may be found in their manifestos here.

Stephan Modest is Empower’s candidate for Vice-President. Modest has been a Student Representative for the IR Department, Student Ambassador for Study Canberra, O-Week Leader, and an ANU+ Mentor. He is also Empower’s candidate for Postgraduate University Council representative. This is slightly at odds with Vision, who are nominating their presidential candidate, Hovenga-Wauchope, for the position.

Sahar Latheef is Vision’s candidate for Vice-President. Laheef was a General Representative and Equity Officer in PARSA in 2016.

As well as Hovenga-Wauchope and Modest, there are two other candidates for Postgraduate Student Member of the ANU Council. 2016 PARSA President Chris Wilson is also running for the position, as well as independent Alireza Zarebidoki. More information on their candidacies can be found here.

More information on all the Portfolio Officer Nominees may be found in their manifestos here.

More information on all the College Officer Nominees may be found in their manifestos here. PARSA divides their college officers into one coursework and higher degree by research (HDR) officer.

College of Science (CoS) Officer

Below, we’ve summarised the policies of each of the major tickets, Empower and Vision, and pointed out important differences and similarities between their policy platforms. Some of these policies could ultimately be outside the control of PARSA – we may assume in those cases that tickets mean simply to advocate for policies. Some are things already happening. Many are shared by both tickets. However, there are some genuine differences between the two tickets. For example, Vision wants to trial a postgraduate publication, start a buddy mentoring program, update Access and Inclusion for EAP, start a PARSA online store, and provide an international student welcome pack. Empower wants to develop a grant scheme for postgraduate internships, create an anonymous feedback portal, and produce a handbook on student safety. 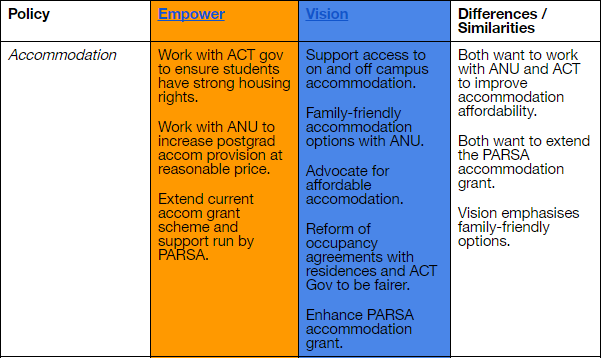 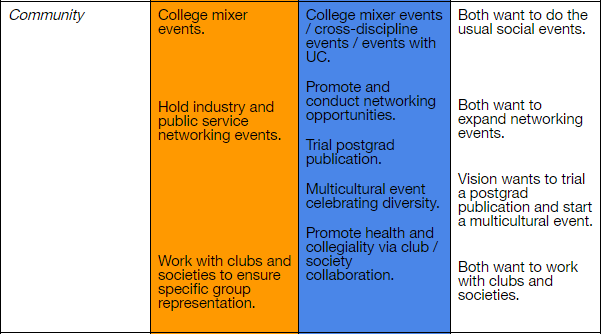 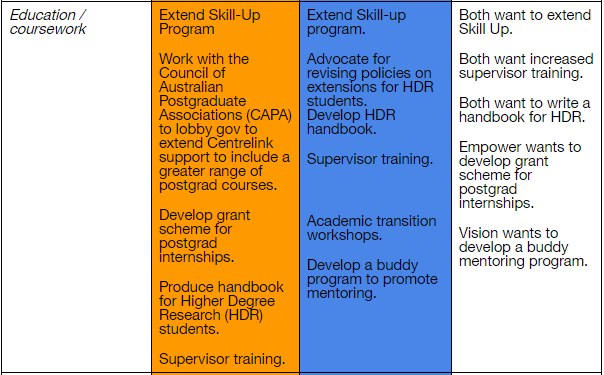 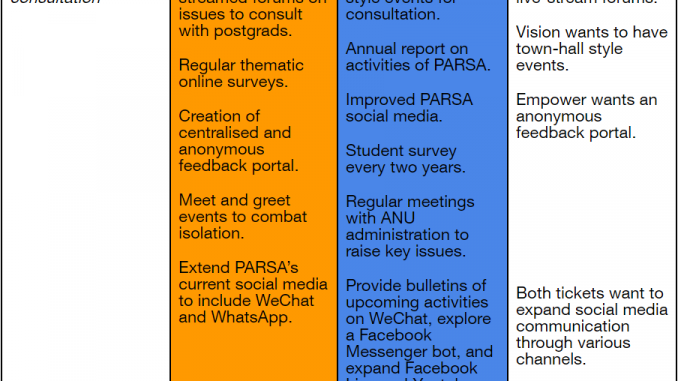 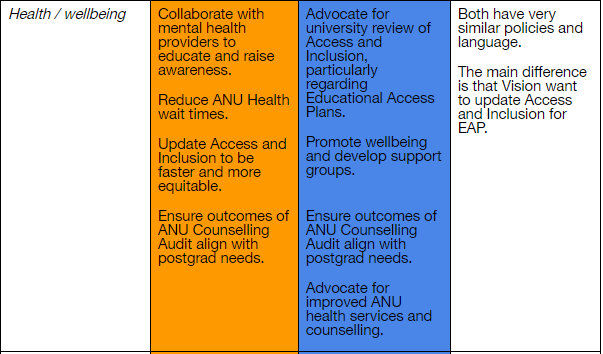 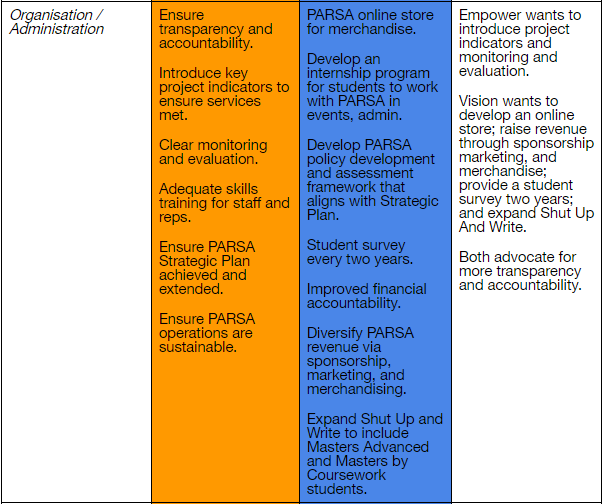 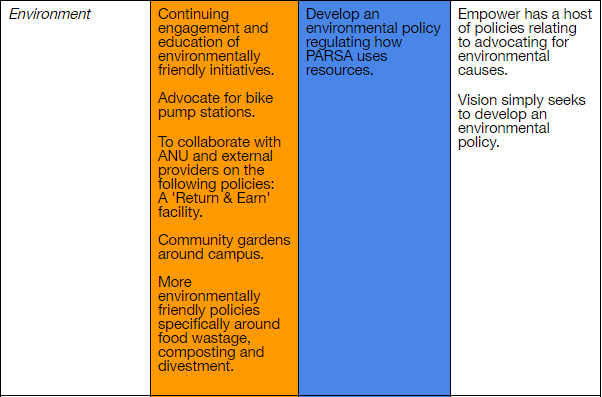 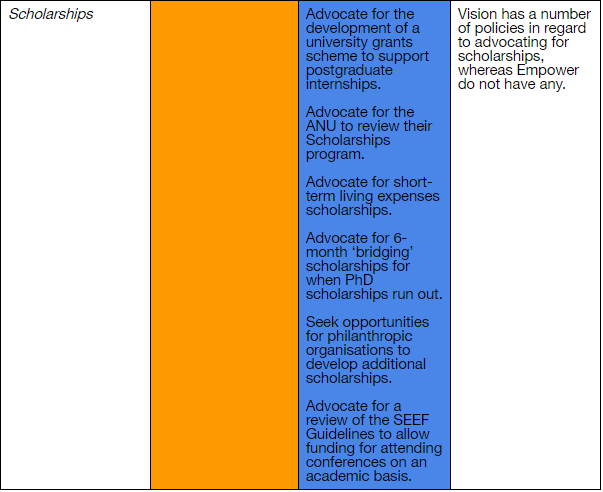 Sections of this article were altered after publication to better reflect ticket policy. This included the Communication/Consultation, Families/Parents, International Postgraduate Students and Off-Campus students policy sections.