It’s Week 11 and the Canberra Times has said that “white fluff in the air is a friendly reminder for ANU students to start studying”. So here’s the news you might have missed while busy studying (“studying”?).

SA5, the residential hall located on the corner of Clunies Ross Street and Dickson Road, has been named “Wamburun”. The name was gifted to the hall by the indigenous Ngunnawal people.

ANU’s Emeritus Professor Kurt Lambeck was awarded the “Prime Minister’s Prize for Science”. The prize recognises “the contributions our scientists, innovators and science teachers make to Australia’s scientific and commercialisation capabilities”. Professor Lambeck’s research focuses on understanding the Earth and its changes over time.

Hancock Library will be open 24/7 from Monday 22 October. Hopefully, this means that the days where you struggle to find a seat in Chifley are over.

The last SRC meeting of the year was held on Tuesday. Outgoing office-bearers delivered their reports, and a motion to condemn the NUS International Officer was passed, the second motion condemning an NUS officer this year. Motions to change the execution of the Media Policy, which would allow the Clubs Council Executive and National Union of Students (NUS) delegates to speak freely to the media, did not pass.

ANUSA held an Ordinary General Meeting (OGM) on Thursday, which notably managed to achieve and hold quorum. This meant the 2019 provisional budget was  able to be passed, as well as a motion congratulating ANUSA representatives for their hard work in 2018 and awarding honoraria to some. The report of the Probity Officers, who oversaw this year’s ANUSA elections, was also presented.

The final Clubs Council meeting of 2018 was held on Thursday. The ANU Board Game Society moved a motion to change the funding policy, which would lift the ban on using “Ordinary Event Grant” to purchase “meaningfully reusable” assets (like board games). The motion failed after several Clubs Council executives spoke against it. Additionally, voting opened for next year’s Clubs Council Executive; a full list of incoming members will be announced here.

The inaugural ANU Theatre Awards took place on Friday. Show of the Year went to ‘The Physicists’, produced by the National University Theatre Society (NUTS). The full list of winners can be found here. 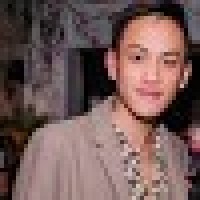