For those living on-campus, move-in day is in a fortnight. For those living off-campus – at home, in a sharehouse, or in a location not yet determined (thanks Canberra housing market) – O-Week starts in less than a month. To avoid finding yourself lost as soon as conversation goes beyond “Hi, my name is ____, I’m from ____, and I’m studying _____”, read on and find about some of ANU’s important background information and memes.

Disclaimer: the following is in no way comprehensive. There are lots of interesting and important things happening on campus every day, and so many memes that even we don’t understand them all. 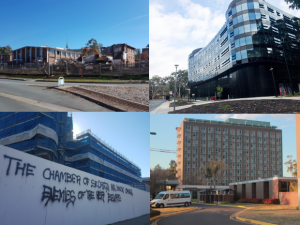 Bruce Hall was knocked down and rebuilt, and Fenner moved onto campus.

ANU has a massive on-campus population, so the residential halls are a significant element of campus life.

In 2017, the old Bruce Hall was demolished. In 2017 and 2018, Bruce Hall residents lived at SA5 – now Wamburun Hall. The demolition of the old Bruce made room for the construction of two new halls: Wright Hall, and a new Bruce Hall.

It was announced in late 2016 that Fenner Hall would be moving from its location on Northbourne Avenue. In 2017, it emerged that Fenner’s new home would be on campus, as part of Kambri. 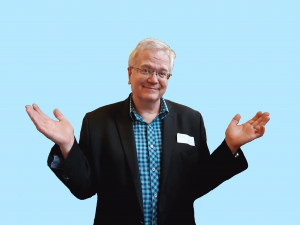 Vice-Chancellor Brian Schmidt is well-known for his pinot noir.

The Vice-Chancellor of ANU is Brian Schmidt; he’s sort of like the CEO. He has a Nobel Prize, a Tesla, and a vineyard. The Chancellor – more of a ceremonial role – is currently Gareth Evans. International Relations enthusiasts may recognise the name – Evans is well-known in academia and politics.  They both sit on the 15-member University Council, which makes the big University decisions. 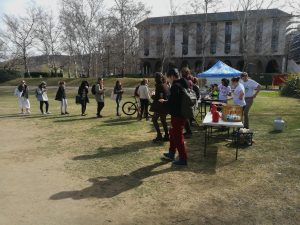 You may or may not have heard the term “student politics”, or “stupol” for short. The elections for these representative positions have often proved quite the spectacle, but at least there are usually dogs on campus at election time, and/or some good memes. Even if you’re not interested in elections or doggos, the primary stupol groups on campus offer services that are worth knowing about.

If you’re an undergraduate, the ANU Students’ Association (ANUSA) is your representative body. You can read about ANUSA’s services here, and its structure here. ANUSA also has a number of Departments – Queer*, Women’s, Indigenous, Ethnocultural, Disabilities, International, and Environment – which support and advocate for particular marginalised groups.

If you’re a postgraduate, your representative body is PARSA (the Postgraduate and Research Students’ Association). PARSA has a different structure to ANUSA, but similarly offers services such as social events, free food, and legal assistance.

There is also the ANU Union, which is a separate body to ANUSA and PARSA. It used to run the campus bar, ANU Bar, before the demolition of Union Court. It has announced plans to open up a new space under Lena Karmel Lodge with food outlets and a bar. 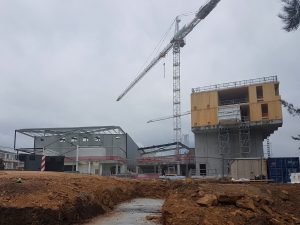 Cranes have soared over ANU for months.

Campus has largely been a construction site for the past two years. You, dear first year, will have the benefit of being able to walk straight through campus for the entirety of your degree. This story will give you some insight into the construction process. Read this story to find out what sort of food you will be able to grab between classes, and to see some of the Pop-Up institutions that later-years may be missing.

Also, in case you are confused, many later years will call Kambri “Union Court”. This was the name of the old central student area, which was demolished as part of the construction. The name “Kambri” was gifted to the University by Ngunnawal and Ngambri elders.

Early in 2018, ANU announced that it was in talks with the Ramsay Centre about possibly starting a Bachelor of Western Civilisation program. There was significant opposition to the proposal.

The University ultimately decided not to pursue the program, citing concerns over academic autonomy. This decision was criticised in publications such as The Australian, and even on the floor of Parliament. Education Minister Simon Birmingham argued that the University dropped the program due to “ill-informed or politically correct objections”. It was announced last month that the University of Wollongong had struck a deal with the Centre to offer the program. 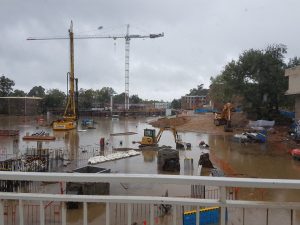 In February 2018, there was significant flooding on campus. This caused “extensive damage”, including the loss of thousands of books from the basement of Chifley Library. It also brought about a lot of memes.

The following are some links to websites, Facebook groups, etc which may not be immediately obvious to first years. Note that most of these are unofficial, and none are endorsed by Observer.

An unofficial timetable planner which is a bit more intuitive than the one made by ANU: https://anutimetable.com/

ANU Schmidtposting is the primary Facebook group for banter and announcements: https://www.facebook.com/groups/ANUstalkerspace/

If you’re still looking for a place to live, or looking for a housemate, you can post in this group: https://www.facebook.com/groups/Canberra.sharehousing/

ANU has a bulk-billed Health Service on campus, and students can also access the services of the National Health Co-op bulk-billed.

ANU offers a free, confidential counselling service for students. You can book appointments in person or over the phone, and there are also a number of short same-day appointments available for urgent cases.

The University also offers specialist counselling from the Canberra Rape Crisis Centre. You can access this service for free if you have been affected by sexual violence. Call 6247 2525 between 7am and 11pm and state you are an ANU student.