Whether you’re returning from the long summer break, or joining ANU this Semester, get up to speed on ANU news you might have missed. 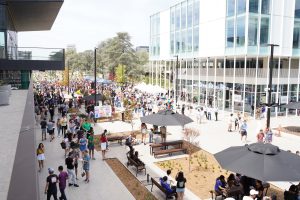 After roughly two years of construction work Kambri officially opened to the public on 11 February 2019. According to an ANU press release, the $260 million development is home to “five new buildings, a tree lined promenade and a range of new shops and services”. Lifestyle vendors like Club Lime and the National Health Co-op were operational upon opening, with food vendors gradually opening their doors over the past few weeks. The Di Riddell Student Centre will house student services, with move-in expected to be completed by the end of March. There is also a cultural centre which includes a drama lab and cinema.

The old ANU Commons area beneath Lena Karmel Lodge will soon be occupied by the ANU Union. According to a video released last week, the space will house food outlets, function spaces and a bar additional to Badger & Co in Kambri. ANU Union Board Member Tom Lindenmayer said that the Union can “once again meet its constitutional objectives by providing discounted food and beverage options for students”.

A number of Pop-Up vendors chose to close rather than move to Kambri, due to fit-out and rent costs. The University will no longer have an on-campus bike service, with ‘Cycle Canberra’ announcing its closure  in January. The owner told Observer this was due to the planned Kambri rent being $60,000 per annum, which was almost double the cost of rent in the Pop-Up.

Fenner Hall moved into its new home in Kambri in early February, the first Kambri building to open. The self-catered hall had previously been off-campus. Many rooms did not have sinks at first, due to a shipping delay. 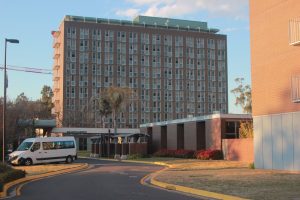 The old Fenner Hall building on Northbourne Avenue was reopened as “Gowrie Hall”, housing approximately 500 students.  Originally announced as a post-grad hall, Gowrie now appears to be taking undergraduate residents as well. The University intends to only use the hall for approximately two years.

Deputy Vice-Chancellor Marnie Hughes-Warrington stepped down in December to return to academia. Pro Vice-Chancellor (University Experience) Richard Baker also announced that he would be stepping down, and he has now taken leave until his official retirement in June. Chancelry will be losing a third key staff member, with it emerging last week that Chief Operating Officer Chris Grange will be resigning in September. 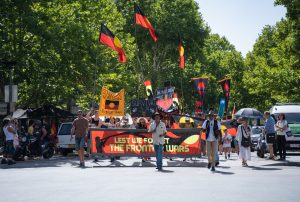 Students participated in the Invasion Day Rally on 26 January. The Indigenous Department hosted an autonomous walkover for Indigenous students, while ANUSA and PARSA held a non-autonomous banner painting session and walkover. Rally participants began in Garema Place and walked to the Aboriginal Tent Embassy, calling for Australians to acknowledge and take a stand against the injustices faced by Aboriginal and Torres Strait Islander people. Popular mottos used throughout the rally included “always was, always will be Aboriginal land” and “no more genocide, end the war”. 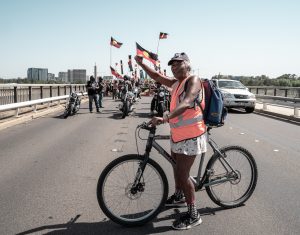 ANUSA and PARSA held daily events throughout O-Week, ranging from self-care workshops, to a bush walk, to a silent disco. ANUSA’s O-Week theme was “Imaginarium” and PARSA’s was “Re-Discover”. Market Day was held along University Avenue, including the Kambri precinct. There was also a Farmer’s Market on campus for the first time.