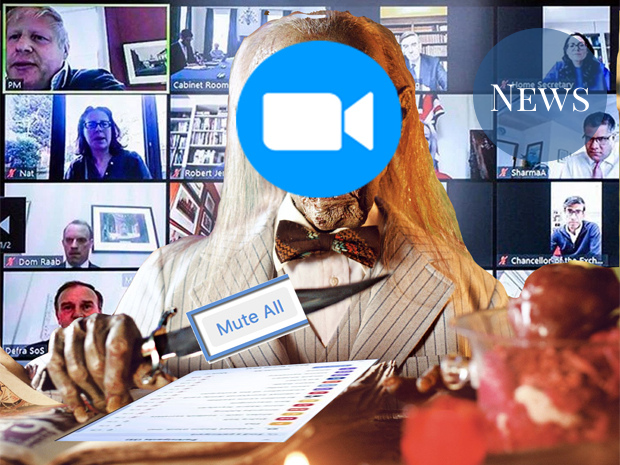 As the last capital city in Australia to have its first case of COVID-19, avoiding the pandemic in Canberra was not a problem – until it was. ANU students were attending classes on campus, splurging on overpriced Kambri food and hunkering down in Hancock, until we weren’t. Tutorials in week 4 concluded with an uncertain, “See you next time, guys!”.

The changes were incremental at first, starting with the ban on social gatherings, followed by rapid changes a few days later, with the commencement of our transition to online learning. As each of us fall into our own rhythm, Observer reached out to students to gauge how some of ANU’s different academic departments have made this transition.

From art, science to engineering, the more practical the course, the more difficult it has become to substitute in-person delivery with online learning. Liam Smith, who is studying ENGN2217, ENGN2218 and ENDN2300, says that practical lab work is a core part of all these courses. He told Observer, “I’ve had much difficulty doing my ENGNG2217 computer labs online, as the software required isn’t compatible with Mac and as a result I’ve had to borrow friends’ laptops on multiple occasions”.

In order to deliver worthwhile labs, tutors in other engineering courses have been completing the practical component of the course for the students. While this has solved the difficulties of attempting to complete practical work via Zoom, it has denied students the necessary practical elements of these courses. “The tutors have done a really good job making the most out of this situation, but because engineering is fundamentally based on practical learning and problem solving, the online alternative will never suffice as a learning experience,” Smith said.

By contrast, some courses have completely abolished tutorials, replacing them with weekly ‘discussion questions’. These discussion questions, intended to stimulate debate and critical thought, have received mixed reviews from students. Some students believe that, while a 200 word response is effective, it is no replacement for the more diverse conversations facilitated by live tutorials. Simultaneously, it leaves students highly disconnected from their cohort as they have limited opportunities to interact with their peers, other than through Wattle.

However, other students found that the system of weekly online discussion questions have eased the anxiety that can accompany speaking up in class. As Politics courses are mostly theory-based, the online transition of these courses has been easier than other fields of study. For students who have returned home, where their internet connection may be limited, discussion questions have allowed for a more inclusive way of ensuring students can still participate. This was the logic behind the decision of the course convenors for POLS1002, one of ANU’s biggest courses.  Despite student feedback reflecting a desire for Zoom tutorials, the course convenors of POLS1002 announced that discussion questions would be the way forward this semester. This was communicated to students in an email, which stated, “The barrier of internet access appears to be quite real… Thus, we still think discussion forums are the ‘least bad’ way of achieving the goals of the course”.

Jay Davies, who majors in both Japanese and Arabic, says she is acutely aware of how much her speaking skills are suffering during the semi-lockdown, where any immersive language experience is impossible. She said, “I miss the organic language input that I experienced simply by attending lectures and tutorials, where instructions were communicated in Arabic and I was forced to comprehend them”. Arabic courses have opted for Adobe Connect to host their virtual classroom. Although Adobe Connect offers greater security to its users as the software does not allow registration source tracking, it has a more limited capacity to host numerous guests compared to Zoom. Davies is currently studying ARAB3001, and explained that tutorials with over 20 students are held via Adobe Connect, where individual screen sizes are the size of a stamp. She said, “It’s also impossible to talk to someone without your voice being cut off by someone else’s, which is not conducive to conversation”.

Other languages, such as Mandarin, have instead employed Zoom as their online learning platform. Zoom allows hosts to divide their ‘classroom’ up into breakout rooms, allowing students to practice their language skills in a space which can better facilitate conversation. Davies, who has struggled with adjusting to Adobe Connect, said “It would be really nice if CAIS could use Zoom and its breakout rooms instead of Adobe connect”.

Some students have been less fortunate in the move to remote learning. Unfortunately for design student Jasmine Ryan, one of her courses had to be completely cancelled. It was infeasible to move ARTV2723, which involved studio work in screen printing, to an online platform. While alternatives were offered to students enrolled in the course, Ryan said that “none of the substitutes were worth it for me”. These outcomes have been a blow for students who have previously under-loaded their degree or who otherwise needed to be studying a full load this semester.

Ryan says that she is struggling with the transition to online because “it’s so easy to miss little assessments or bits of work that I need to do,” with the Wattle site “overloaded with announcements and constant updates”. One of her other courses is being conducted via Zoom, where students are required to post weekly photos and give feedback during online tutorials. “We’re meant to have an assessment in week six and week twelve via Zoom, but I honestly have no clue how that will work,” she said. On a more positive note, Jasmine’s Computer Science course has been able to make a comparatively seamless transition to online teaching. Perhaps it’s one of the few fields that is more suited to online than in person.

Megan Keil, who studies Environmental Science, is disappointed by the cancellation of the field trips her ENVS3041 course had lined up, which cannot be replaced by a Zoom tutorial. ENVS3041 had field trips scheduled every two weeks, a big reason why the course is so popular, and why Keil said she chose to study it this semester. “We still have lectures, but there’s nothing to connect the lectures to real life.”

Keil says that, in the Fenner School of Environment,  “students are taught to learn through the soles of their feet”. Now, learning will take place through students’ fingertips and the glow of a computer screen instead. While it has been demotivating for Keil to have chosen a course for the amazing field trips it had to offer, only for that component to be cancelled, she is sympathetic to the fact that nothing can be done to change this. While no match for the highly anticipated field trips, her transition to online learning in ENVS3041 has been fairly seamless.

Many students have headed home for the semester, while ANU students who had been on overseas exchange had their plans thrown into disarray. This upheaval of our conventional study routine has transformed some of us into Zoom queens, others into keyboard warriors through weekly discussion questions, and others into expert engineers with nothing to build. The common feature of all these experiences, however, is uncertainty.

Support and resources are available:

ANU recently announced the launch of a ‘Virtual Information Commons’ to provide students with the software and applications they rely on for study. The ‘digital campus’ allows students to access any program available on campus computers from their home computers. This can be found at mydigitalcampus.anu.edu.au and requires installation of the VMare Horizon Client.

For academic, welfare and financial assistance, students can contact ANUSA by email at [email protected].