“In a few weeks I will be helpless”: Nepalese Students Among Those Feeling Left Behind During Pandemic 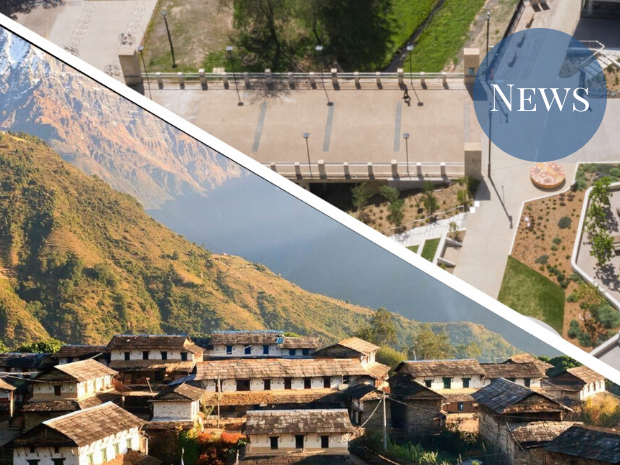 “My college is not doing anything for us… they are treating us like normal, but we are suffering a lot.”

These are the words of Samrat Oli, President of the Overseas Nepalese Students’ Union Australia (ONSU), and student at a college based in Sydney. ONSU represents the 60,000 Nepalese students currently studying in Australia, and provides services like food delivery and visa resolutions to assist the community during the pandemic. Like many international student communities, Nepalese students are suffering in the wake of the COVID-19 lockdowns and restrictions that have been instituted across the country.

Oli told Observer that the pandemic is the first crisis the Association has faced since its  establishment only 5 months ago in December 2019. He says that a typical week for ONSU involves anywhere between 100-200 students coming forward with issues ranging from visa problems to asking for access to food and groceries.

Oli estimates that a majority of the 60,000 Nepalese students in Australia are facing similar situations, where they are struggling to pay for essential services like food and rent. Approximately 6,000 of these students are studying in the ACT, with the majority attending University of Canberra (UC) and Canberra Institute of Technology (CIT). According to 2020 enrolment figures, 27 students at ANU identify Nepali as their first language, the majority of which are postgraduate students. Observer understands that some of these students at ANU are on scholarships, however it is unclear as to how many.

Like most people, Oli is not currently receiving any income as “most have lost their jobs in casual industries”. Many Nepalese students worked in the hospitality industry, which is one of the industries that has been hit hardest during the pandemic. To make matters worse, international students do not qualify for the Jobkeeper Allowance, which allows certain employers to claim $1500 a fortnight to pay those who have worked for the business for over 12 months. Among other government benefit schemes, international students also are not able to register for Youth Allowance. In response, the Government has allowed those international students who are still employed in some key industries to work up to an extra 20 hours a week. Oli, like other community leaders, responded by saying that most have already lost their jobs, so the extra 20 hours does not apply.

Oli says he is one of the luckier ones, as he has savings, whereas other students who do not have been struggling right from the start. However, Oli admits his savings are running out, and “in a few weeks [he] will be helpless”. To support struggling students, ANU has allocated $500,000 to ANUSA and PARSA respectively, which PARSA said in a statement to Observer they are “incredibly grateful” for. In addition PARSA said that “a large proportion” of the grant had been allocated to international students.

In recent weeks the Government has also asked landlords to “do the right thing” when it comes to organising an agreement with tenants. Oli asked his landlord to reduce rent temporarily while he was receiving no income. His landlord, and many of the landlords of  Nepalese students ONSU represents, have refused to do so.

Observer asked Oli where Nepalese students would have sought support had the Nepalese Student Association not been set up in December. Oli said that while his association is the only centralised one in the country for Nepalese students, there are other organisations which respond directly to specific communities across the country.

Chandr Tiwari is the ACT Youth Coordinator for the Non-Resident Nepalese Association (NRNA). He told Observer that the organisation’s main priority right now (among others) is to make sure that the 6,000 students studying in the ACT have an adequate supply of food. The NRNA is providing emergency food packages to those students who cannot afford it or who are in self-isolation. Tiwari states that the stressful financial conditions are making “many students worry about the future”. The mounting financial pressures has left students “undecided whether they should enrol in Semester 2”. He says that the “money [Nepalese students] have is being spent on renting and groceries”. Citing many cases where landlords have not relaxed rent, he calls upon the Government and universities to assist students with their financial situations. So far though, Tiwari says “the Australian government hasn’t come up with anything”.

Tiwari is particularly concerned about the students who do not have any relatives in Australia, as many students are reliant on money from family back in Nepal. However, Nepal is one of many countries under lockdown (recently extended to 18 May) which are preventing people from making international money transfers. Krishna Hamal, who works with the Federation of Nepalese Community Associations Australia (FeNCAA) stated that some banks in Nepal have begun to direct money to students, but there was a period of time where this was not possible. FeNCAA, Hamal explains, is focused on 2 key priorities; delivering food to where it is needed, and lobbying Government, Universities and Private Colleges to advance the interests of Nepalese students in Australia.

In cooperation with the Australian Education Consultants’ Alliance (AECA), Hamal states that there have been “positive outcomes” in negotiations with universities and private colleges. Instead of requiring students to enrol full time, some private colleges have allowed international students to drop down to 2 courses in order to reduce expenses. Despite this, Hamal states that “unfortunately universities are still demanding fees”, and that any form of fee reduction would ease pressure on the Nepalese community.

Asked whether the treatment of the Nepalese community would impact their decision to study in Australia, Hamal replied saying that “many will go back to Nepal and not come back”. Adding that “new students may re-think about studying in Australia”. Hamal states they feel like this “because they work hard and pay taxes”, and that “the federal government should have done more”. “The problem is decency”, Hamal concluded.

Observer understands that Krishna Hamal has also contacted various senior Government figures with mixed success. The Prime Minister did not respond to FeNCAA’s emails, but replies were received from senior figures within the Australian Labor Party.

Observer also spoke to Jarvis Jia Lin, a Chinese international student currently undertaking his masters at ANU. Discussing the Prime Minister’s ‘go home’ statement, Lin personally feels that it communicates “that anyone who doesn’t have a residency shouldn’t consider Australia as a home”, even when many international students have lived in Australia for a number of years. He added that it is “not that simple to go home. Last month flights from Sydney to Shanghai cost $10,000, lots of people couldn’t go home even if they wanted to leave”.

On 28 April, ACT Chief Minister, Andrew Barr announced a $450,000 funding package for “temporary visa holders and international students who are ineligible for Commonwealth assistance programs”. It is understood part of the extra funding will be directed to the Red Cross, who is working directly with universities to provide extra funding to international students who need it. Despite this, Lin said that in order to have access to this funding, international students must provide proof that they have lost income due to COVID-19. Many students, he says, have just come back from overseas and cannot prove they have lost income, so are ineligible for financial support.

PARSA welcomed the additional funding and free access to COVID-19 related healthcare for international students, but stated that it is ultimately a “drop in the bucket that will not go very far to meet the needs of the thousands of students stuck in Australia, with no income, no Government support and no way to get home”.

“Students are starting to panic” – The Impact on Mental Health

Both Tiwari and Hamal were in agreement that the most pressing matter facing the Australian Nepalese student community, and international students more generally, is the spike in mental health issues. Following the Prime Minister’s statement which told temporary visa holders to return home at the first available opportunity, Tiwari states “that students are starting to panic”. Confused about the statement, given the lack of international flights, Tiwari told Observer that NRNA is “trying to rectify with the Prime Minister what he meant”. “The community also pays taxes”, Tiwari says, urging the government to reconsider their position.

PARSA President Utsav Gupta expressed PARSA’s disappointment with the Australian Government’s position, stating that international students, and Nepali students in particular, “have been unable to return even if they want to because the country has completely shut down the airport, allowing zero incoming flights, regardless of whether passengers are Nepali citizens”. Gupta added that the Government should provide support for students who cannot return home, as “education is one of the largest contributors to the economy and growth of the nation and students can’t be treated as commodities.”

Facing a burgeoning mental health crisis, Hamal expresses that “people are stressed and have no support”. FeNCAA has been cooperating with the Nepalese Doctors Association in order to provide psychology services to students who require it. Observer understand that international students are unable to acquire a Mental Health Care Plan, meaning ordinary psychology services are often extremely expensive. PARSA, along with the ACT Council of Social Services (ACTOSS), have collaborated to “advocate for better mental health care and community support for international students”.