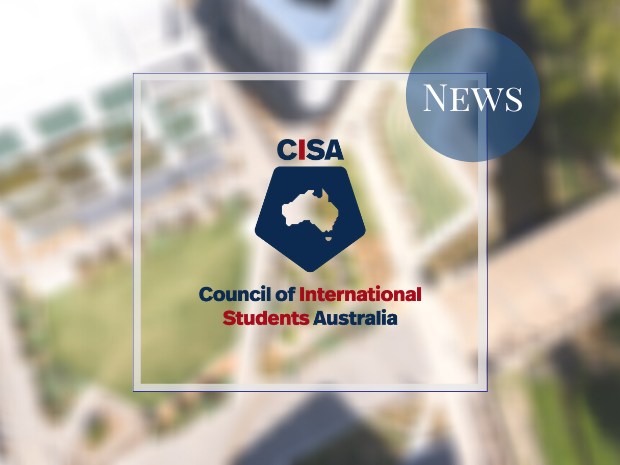 Ahmed Ademoglu, the National President of the Council of International Students Australia (CISA), has resigned following damning allegations of misconduct. A CISA document seen by Observer outlines a number of allegations, ranging from misuse of CISA funds to “terminating communication with the Executive Committee”.

As Australia’s peak representative body for international students, CISA’s main roles are advocating for international students on a national scale, and lobbying the Government to make changes which further the interests of these students. PARSA is currently affiliated with CISA. According to the CISA website, the annual membership fee is $400. PARSA’s International Student Officer, Claire (Yuechen) Zhu is also the CISA National Treasurer. Zhu has not replied to Observer’s questions about how these roles may overlap, or whether she considers there to be a conflict of interest. ANUSA is not currently affiliated with CISA, but has been in the past.

National President Ahmed Ademoglu is a nursing student at Curtin University, and was previously Vice President of CISA from 2017 to 2019. He was elected National President in July last year. Observer understands that Ademoglu resigned in a CISA meeting yesterday, claiming that the CISA executive had committed fraud. It remains unclear to Observer what he was referring to with this statement.

It is alleged that Ademoglu’s actions resulted in the resignation of another CISA member after he exhibited behaviour including “yelling, gaslighting and [the] use of forceful language”. The document alleges that Ademoglu “exhibited bullying behaviour toward female colleagues” which caused “serious distress and mental health concerns” to some members of the executive. It adds that this bullying was allegedly serious enough to cause a number of his colleagues to cry during executive meetings.

Ademoglu is also accused of financial misconduct for having failed to provide information to the executive on a sponsorship package valued at $200,000. The document states that it is “unclear where [these] funds have gone”. The document also alleges that there was a conflict of interest related to this matter, but does not provide any further explanation. Ademoglu is also alleged to have failed to inform other members of the executive which organisation or organisations paid for his flights and accommodation. He is then alleged to have misused CISA funds by pretending that a mistake in a flight booking was the Treasurer’s fault when it was his own. Observer understands that to avoid incurring personal financial expense, Ademoglu allegedly decided to board National Secretary Varsha Devi Balakrishnan’s flight rather than his own, as this was more convenient. When boarding the flight he used Balakrishnan’s identity.

Ademoglu is also alleged to have “terminated communication” with many members on CISA’s executive committee when they required information from him, resulting in CISA representatives feeling “embarrassed” in crucial meetings with stakeholders. He allegedly failed to make the team aware that he was meeting Federal Education Minister Dan Tehan as well as other government representatives. This resulted in what CISA Public Relations Officer Mili Mishra described in the document as a “a huge communication gap in the organisation”.

In another case, Ademoglu allegedly went against the executive by organising his own meeting with Austrade, a Government Agency which, among other things, is responsible for promoting Australian education internationally. This, according to the allegations document, caused “serious confusion and distaste by the stakeholder”. The document also alleges that Ademoglu has failed to attend any Executive Committee Meeting since late January.

Education Minister Dan Tehan on 21 January this year established the Global Reputation Taskforce (GRT), a forum which “shape[‘s] Australia’s response in times of reputational damage” and “accelerate[s] efforts to build a strong cohesive national brand for international education”. CISA, and specifically Ademoglu, are invited to participate in the GRT. However, it is revealed in the allegations document that Ademoglu failed to attend two GRT meetings, resulting in “stakeholders contacting [the] Vice President and Secretary to question CISA’s interests and lobbying efforts”. The document then states that the organisation “lost opportunities to lobby for welfare support of international students”.

In a statement provided as evidence in the allegations document Don Doughty, CISA’s National Vice President, asserted that Ademoglu’s approach to the role of President was “divisive”. In his opinion, the “fundamental aspect of integrity, respect and trust within the organisation is unfortunately being tarnish[ed]”.

International students in Australia have been among the worst affected communities during the COVID pandemic, as they do not qualify for many government support payments. In a previous article, Observer highlighted the financial and mental health impacts of the pandemic on international students, and the way this has effected the tertiary education sector.

ANUSA President Lachy Day did not reply to requests for comment.