“Power to the People”: Protestors Rally for Black Lives Matter 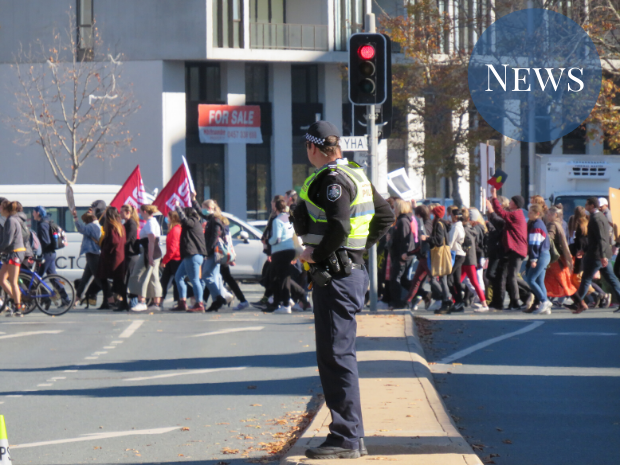 By Samuel Wright and Rebecca Zhong

On Friday 5 June, hundreds of protestors assembled at Garema Place to show solidarity with the George Floyd protest and to speak out against the “institutionalised racism” that First Nations  people face in Australia. According to the event’s Facebook page, the decision for the event to go ahead was made in light of the ACT having zero confirmed COVID-19 cases. The march on Friday preceded nation-wide protests held across Australia on Saturday afternoon. 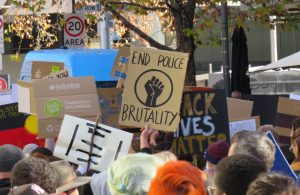 The protest, hosted by Ngunnawal community leaders, began at 10:30am, with a large crowd gathering around a small stage. Several speakers were heard while volunteers provided those attending with hand sanitizer and face masks. 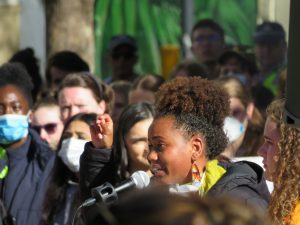 While the emphasis of the protest was on institutional racism, all those attending were reminded that “we are still living in a pandemic”. Social distancing was encouraged and police officers were present.

Black Lives Matter protests continued on Saturday 6 June, in Canberra and in cities around Australia, with strong attendance in the thousands around the country.  The protests in Canberra this weekend were one of many that occurred across the country. 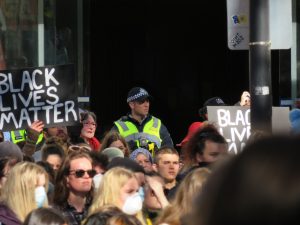 The ANUSA Women’s Department, Ethnocultural Department and Indigenous Department hosted banner-making sessions before the protest on Friday. ANUSA said in a statement via Facebook that it “stood in solidarity with the Black Lives Matter Protests in the United States and around the world” and “against the structural racism and violence faced [by] members of the BIPOC [Black, Indigenous and People of Color] community.” 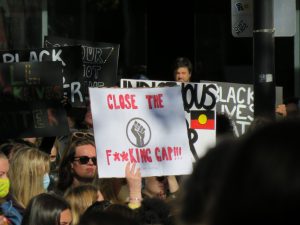 The march to Parliament House began around 11:30am, with the Facebook event page saying the goal was “[showing] our politicians our united front against the Australian Government’s continual oppression of Aboriginal People”. Footage captured by Canberra-based photographers Photox of the walk to Parliament show the march stretching from one side of the Commonwealth Avenue Bridge to the other. 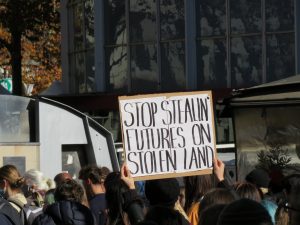 A focal point of the protests was the call to end Aboriginal deaths in custody. The Guardian reported that there have been 434 Aboriginal deaths in custody since 1991 – the year that the Royal Commission into Aboriginal Deaths in Custody concluded. Leetona Dungay, the mother of David Dungay Jr –  who died in custody in 2015 – spoke at the rally in Sydney on Saturday, alongside other family members and First Nations activists.  Speakers at the Canberra protests over the weekend highlighted the 2016 death of Steven Freeman, an Aboriginal man who died in custody in the ACT. The Canberra Times reported that an independent inquiry into Freeman’s death found that his treatment at the Alexander Maconochie Centre, a prison located in the ACT, was “marred by a series of failings involving corrections, police, and health authorities”. 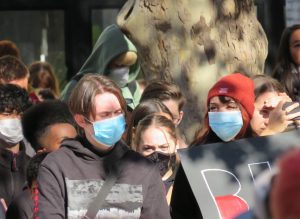 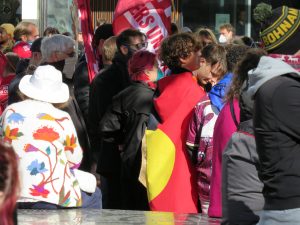 Photography and graphics by Samuel Wright.