First Tickets Announced Ahead of the ANUSA Elections 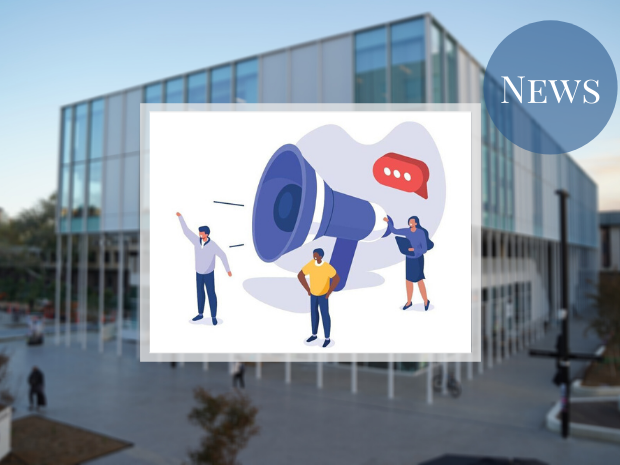 ANUSA General Representative Ben Wicks has announced the launch of his currently unnamed ticket today, ahead of the 2020 ANUSA elections in August. According to a media release on today’s launch, the ticket claims that their executive would “represent a diversity of progressive political views”, and that candidates have not joined the ticket “by ilk of their political alignment alone.” At this stage, no ticket policies have been announced.

Wicks, who is also the current President of the ANU Dining Society, will be running for President in 2021. Wicks currently runs a number of ANUSA working groups, which he says includes the Off-Campus Student Advocacy Working Group, The Future of Course Representatives Working Group, and the Arts & Theatre Funding and Development Group. Wicks successfully ran last year on the ‘Turn Over a New Leaf’ ticket.

Current ANUSA Disabilities Officer Zoe Ranganathan has announced that she will be running for Vice-President next year. She emphasises her role within Arts societies, such as the Arts Revue and NUTS, and her role in various groups like the ANUSA Governance Review Working Group, the ANU Disability Action Plan Committee and the Mental Health Committee. In the media release, it states that she was a “key leader in activism and advocacy in the ACT”, and has worked to ensure that “activism at the ANU is accessible”. Last year, Ranganathan ran for General Representative and NUS delegate on Empower, a Labor Left-aligned ticket.

Ben Yates, who is currently a General Representative, is running for General Secretary. Yates is currently Vice-President (Education) of the Law Students’ Society, and has listed an extensive number of working groups that he is involved with this year: the Governance Review Working Group, ANUSA’s Alumni and Donor Relations Committee, the Campus Master Plan Working Group and the Kambri Tenancy Working Group. Yates also ran on the Labor Left-aligned ticket, Empower, last year.

The ticket has also announced candidates for three other executive positions. Stefan Thottunkal, who is the current Treasurer for the ANU Ethnocultural Department, is running for ANUSA Treasurer. Maddie Chia, who is the Vice-President (Social Justice) of the Law Students’ Society and Deputy Chair of the ANUSA Mental Health Committee, will be running for Education Officer. Maddy Watson will be running for Social Officer. The release states that Watson is the current Events Officer for ANU’s Middle Eastern Culture Society and an active resident at B&G. A number positions for General Representative and College Representative candidates have yet to be filled.

Election tickets are often announced in early August, and may be politically aligned or ‘independent’. Last year, the ‘You! For ANUSA’ ticket was Liberal-aligned, while ‘Empower’ and ‘Electrify’ tickets put forward candidates associated with Labor Left and Labor Right respectively. One of the smaller tickets, ‘Climate Action for ANUSA’, was composed of candidates associated with Socialist Alternative.

Tickets can include candidates for most ANUSA positions with the exception of autonomous or department roles which go through a different process – some tickets run candidates for many or all positions, while others are small and run for only a few.

Some tickets, including Wicks’, have utilised an EOI form to reach out to students interested in running for ANUSA positions. This is intended to address the culture of  ‘shoulder-tapping’, in which people already in ANUSA encourage friends to run, rather than seeking out other interested students who may not have as many connections within the organisation.

In the media release, Wicks encouraged “any students with a passion for making students’ lives better” to get in contact with the Executive candidates on Facebook or fill out ANUSA’s EOI Form. Wicks also posted a ‘Stranger Things’ style promotional video to Schmidtposting to promote the ticket’s launch.

Current Vice-President and Former Disabilities Officer Madhu Janagaraja stated that she would also be convening a ticket and running for President in 2021. She said that whilst it’s a “difficult” and “perhaps an odd” time to be talking about ANUSA elections, circumstances created by the COVID-19 pandemic and important social movements mean “[She] must.” Janagaraja ran independently last year. Current Women’s Officer Siang Jin Law announced she would be running for ANUSA Treasurer on the same ticket. They are also running candidates for Vice President, General Secretary and Social Officer positions, and have asked for others to express interest in various roles through the EOI form.