SASH Vigil: What Has Changed Since the AHRC Report? 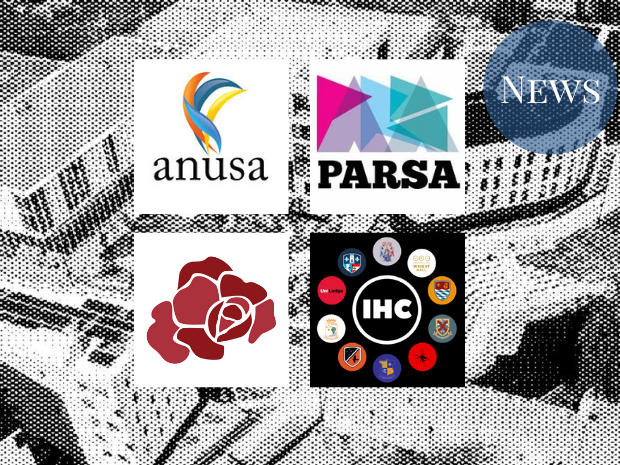 ANUSA, PARSA, the Interhall Council, and the ANU Women’s Department have today hosted a vigil to mark the third anniversary of the Australian Human Rights Commission (AHRC) “Change the Course” Report into Sexual Assault and Sexual Harassment (SASH) on Australian University Campuses. The Report, which was released 1 August 2017, revealed rampant sexual violence across Australian university campuses, as well as the failure of university policies to address the problem. The ANU Respectful Relationships Unit also held a summit to address the anniversary.

ANUSA President Lachlan Day acknowledged the importance of the anniversary as a day during which many students will be “reflecting on what [the Report] means for them”. He also provided the contact details of a variety of support services that students can access.

ANUSA Vice-President Madhumitha Janagaraja stated in her speech that a number of achievements have been made in the SASH space since the Report’s publication. These included the “online disclosure tool, the finalisation of the student Code of Conduct and a larger sexual violence prevention strategy”. While acknowledging that these have been significant milestones, Janagaraja asserted that these achievements were “driven by sacrifices from students and advocates”, and therefore “this is not a time for the University to be patting itself on the back”. She described the trust between students and the ANU as “fractured” as a result of the University’s slow response. While tangible progress had been made, “a genuine holistic change can only come from a cultural change”.

PARSA Vice-President Elena Sheard also spoke. She reiterated the points made by previous speakers, saying that while “we can talk about some tangible progress that has been made”, this is progress that “we should have been celebrating two or three years ago”. “Interacting with bureaucracy as students can be annoying and slow at the best of times,” she expressed, “but in the area of sexual violence and harassment, it reaches its most Kafkaesque”.

Sheard also raised the issue that, while the student Code of Conduct has been altered, the “staff Code of Conduct remains unchanged and we are continually stonewalled”. When it comes to Higher Degree Research students, there is clear evidence that “the majority of sexual harassment and sexual violence occurs in their workplace, either from colleagues or supervisors”, and that the “lack of staff and student codes of conduct and policies that targets this cohort is deeply concerning”.

The final speech was given by the ANUSA Women’s Officer, Siang Jin Law, who focused on the efforts of student advocates. She described the “hurt that has been caused” by the University’s slow response, further stating, “Why did it take so much from students?” A protest, a sit-in, a boycott to get a response to these issues?”. Moving forward, Law hopes that there will be “better resources to take the work off the shoulders of student advocates”.

As well as the vigil, the ANU Respectful Relationships Unit  hosted a summit yesterday as part of the anniversary acknowledgement. A variety of people spoke at the Summit, including Tanya Hosch, the AFL’s General Manager of Inclusion and Social Policy. Hosch noted that people who are affected by SASH come from “very diverse backgrounds”, and therefore a “range of accommodations” should be made to ensure that everyone can “feel safe” when seeking support.

Vice Chancellor Brian Schmidt also spoke, acknowledging that “progress [has been] painfully slow”, and that while “we are already beginning to have Prevention Strategies embedded on campus, there are so many other things to do. He called on students to email their feedback and ideas to [email protected]

An ANU spokesperson told Observer that “the University is working hard to ensure the ANU community has access to appropriate training, education, community campaigns and information”. They stated that ANU is aware that “more measures need to be put in place to satisfy our community in responding to sexual assault”. These additional measures will include “restorative practices across three residence[s] with the aim of mapping a way forward for all residential communities”, and initiating work “to review our process and communication for disclosures and reporting”. All students are invited to provide “feedback on our systems and structures” to tackle this issue.