‘Brighter Together’ Launches with “A Focus on Empowering Student Voices” 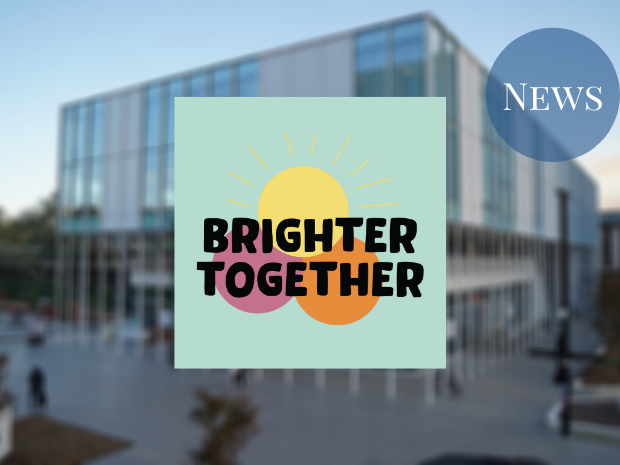 A previously unnamed ticket, which was announced by current ANUSA Vice President Madhu Janagaraja on 8 July, has officially launched this evening under the name ‘Brighter Together ANUSA’. In a media release, they described themselves as a “proudly politically independent ticket” who will focus on “advocacy” and “diversity”. The ticket is the largest to launch so far, with 25 candidates running for a number of positions.

Brighter Together is the first ticket to nominate candidates for all Executive positions. Former Disabilities Officer and current VP Madhu Janagaraja will be running for President. The ticket’s media release stated that Janagaraja’s focus will be on SASH advocacy, student wellbeing, and the preservation and implementation of institutional knowledge through long term communication strategies and KPIs. Janagaraja will also be joining Benjamin Chesler, Kai Clark, Skanda Panditharatne, and James Eveille in the now hotly contested race for Undergraduate Member of ANU Council.

Christian Flynn, who is the current President of Wamburun Hall and Chair of the IHC, will be running for Vice President. Flynn’s platform is based around an “overhaul” of the current pastoral care system and the continuation of his work in SASH advocacy.

Brighter Together’s candidate for the position of Education Officer is John Dove. The press release cites his activist experience with the Canberra Refugee Action Campaign as preparing him for the role. Dove intends to revitalise Ed Com by engaging with students “outside the narrow circles which currently dominate it”, and by collaborating with other on campus groups and representatives.

Current Women’s Officer Siang Jin Law is running for Treasurer. The press release states that her focus will be on eliminating “inefficiencies” in ANUSA’s SSAF bid, and diversifying their revenue streams through “merchandising and sponsorships”. If elected, Law plans to take over operational management of the BKSS, a role previously held by the VP.

Brighter Together will also be running candidates for the two remaining executive positions, with Bella Hewitt for Social Officer and Meg Malone for General Secretary. Hewitt is a current Unilodge Community Coordinator and cites experience with “events that highlight and are focused towards student wellbeing”. Malone is the current President of B&G, and is “passionate about reducing the insularity of ANUSA’s governance” by “connecting ANUSA with the student body.”

Madhu Janagaraja, Christian Flynn, John Dove, Siang Jin Law and Aaron Bronnitt will also be running for NUS delegate positions alongside their executive candidatures. Brighter Together states in their press release that they will prioritise “ANU’s interests” over “factional allegiances”, and will therefore sit independently or “with a faction that won’t bind their votes”.

In a comment to Observer, Janagaraja stated that the ticket was “oriented towards implementing a strategic vision to equip ANUSA” for a “Post-Covid world.” She said that Brighter Together’s executive candidates were “committed to establishing goals for the progression of their portfolio”, and that their shared vision is “an ANUSA that prioritises welfare and advocacy as well as a high degree of inter-portfolio collaboration.”

When asked about ANUSA’s relationship with Department Officers, Janagaraja stated that both herself and Law have a “keen and personal understanding of the hardships” of the Department Officer roles. Janagaraja added that Brighter Together is committed to both standardising current First Aid and Mental Health First Aid training, as well as expanding training to include skill building in policy, advocacy, conflict resolution, management, financial and governance. She contends that ANUSA needs a “cultural change” in their interactions with Department Officers, including “fundamental respect for department autonomy and experiences”.

In response to a question regarding the criticisms of EOI forms put forward by other tickets, Janagaraja argues that a “fundamental weakness” of this process was a low response rate from “people of colour, international students, students with disabilities and queer* students.” She says that “Brighter Together is primarily skilled candidates from backgrounds that ANUSA has never efficiently represented”, and that her goal in running a full ticket of candidates was to “amplify and uplift voices that are marginalised and easily ignored.”

In a statement to Observer, Janagaraja asserted that, other than Niam Foxcroft, who is a member of the Australian Labor Party, “no candidates have any affiliations to any political party in any way or form, and have no political allegiances.”

Hayley Hands was a member of the Unilodge Residential Committee (2019) at the same time as Max Cleversley and Kendall Jiao. She also had a position on the ANU Interhall Arts Council (2019-2020) where she worked with Max Cleversley and Phoenix O’Neill.

This article was updated on 11 August to reflect Niam Foxcroft’s affiliation with the Australian Labor Party.