‘Spice Up’: Ticket Launched to ‘Diversify Your NUS’ 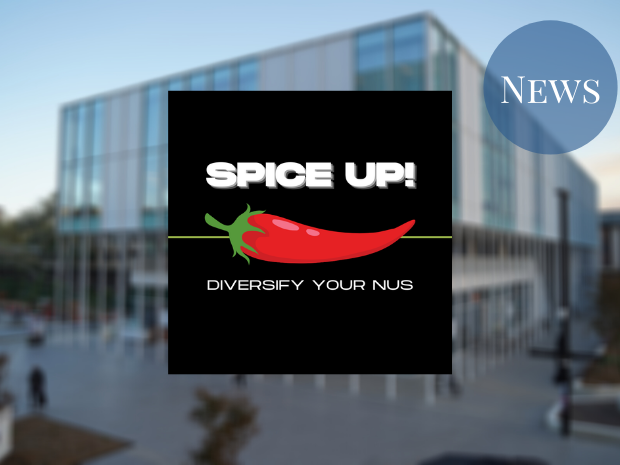 ANUSA Disabilities Officer Zoe Ranganathan and Gen Rep/Deputy Queer* Officer Vincent Lee have launched their ‘Spice Up – Diversify Your NUS’ ticket this evening to contest two National Union of Students (NUS) delegate positions. Should they be elected, the pair will focus on “standing up for People of Colour (POC) and International Students”. They will both sit and vote with National Labor Students, the Labor-left aligned faction.

In the Spice Up media release, it is argued that ANU students should be “prioritising our NUS delegates” during ANUSA elections, and that students should take a “good hard look at what the NUS has achieved for us”. In a comment to Observer, Spice Up ticket convenor Abby Flynn claimed that it was an NUS campaign that led to the Federal Government extending their initial COVID-19 welfare stimulus package to include Youth Allowance, AusStudy and AbStudy. Flynn did, however, note that “there is still more to do” as this campaign did not “assist International Students who were even more greatly impacted by the economic shutdown”.

The ticket’s media release expresses that POC and international students are often “forgotten groups on our campuses and around the country”. Lee, himself an international student, described his feelings of “disconnection from ANUSA”, and his inability to access “services offered by the student union due to culture and language barriers”. When approached for comment, Flynn added that both Ranganathan and Lee have “already begun consulting with different student groups including the Muslim Students’ Association”. In an interview with Observer, Ranganathan said that NUS delegates elected in the past have been “incredibly white, incredibly domestic student focused”, and therefore “not representative of the ANU community”.

The NUS website states that it is the “peak representative body for Australian undergraduate students” and undertakes a number of lobbying and advocacy activities throughout the year. The body decides its policy and elects its executive officers at its annual National Conference (NatCon), which is held every December. Both Ranganathan and Lee attended last year’s NatCon as observers, and spoke on motions concerning matters affecting ethnocultural and international students respectively.

Ranganathan and Lee will sit with the Labor Left-aligned National Labour Students (NLS) faction, which will subject them to the faction’s vote binding. At last year’s NatCon, NLS controlled approximately 17% of the delegates, as well as the NUS Presidency.

Ranganathan is also separately running for ANUSA Vice-President on the ‘Proud!’ ticket. In a comment to Observer, Flynn stated that the decision to run NUS delegates on a separate ticket was made to bring the NUS “to the foreground of the electoral contest”. The Spice Up media release added that NUS Delegates are “often…forgotten amongst the clutter of other ANUSA elections”.

In Spice Up’s media release, Ranganathan expressed her disappointment that many of the policies that she had previously backed have stalled due to a perceived “lack of willingness” of the current NUS Ethnocultural Officer to “act on implementing”. This included “ensuring every university has an ethnocultural department, and establishing a national forum for these departments to allow information and skill sharing”.

Lee also expressed his disappointment with the NUS, stating that he has “seen very little” activity from the NUS International Officer. Should he be elected as a NUS delegate, Lee intends to “better hold this officer to account, and ensure that they are working to assist International Students around Australia”. He hopes that in the future there will be “greater representation of international students in student unionism at ANU and across the country”. The media release notes that “very few international students” have been “given the opportunity” to run for NUS delegate positions.

Zoe Ranganathan and Vincent Lee are members of the Australian Labor Party and ANU Labor Left.