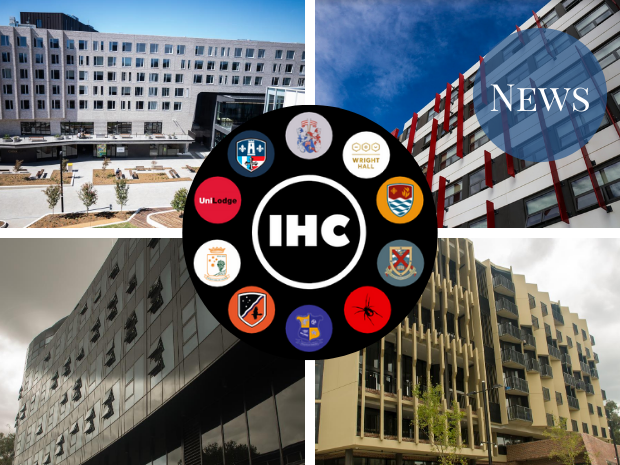 By Rebecca Zhong and Lottie Twyford

The Interhall Council (IHC) has written an open letter addressed to VC Brian Schmidt outlining their concerns about the cost of living, SASH policy, and pastoral care at residential halls. The demands set out in the open letter are supported by all residential halls and colleges, as well as Griffin Hall. The IHC will also be conducting a series of public actions under a campaign titled ‘Who Pays the Price?’ for ANU’s Virtual Open Week, which starts on Saturday 22 August.

The letter acknowledges the “increased consultation” carried out by the University and the Director of Residential Experience this year, but asserts that “significant reform” is still needed. It further lists a total of 22 “demands and expectations” that the IHC is calling on ANU to implement, and is divided into three areas: ‘tariffs’, ‘SASH policy’, and ‘standards of pastoral care’.  IHC Chair Christian Flynn told Observer that the demands were a statement of “basic standards” that the IHC was calling on the University to adopt. “What we want is a change in how the University … interacts with students”.

The issue at the forefront of the IHC’s Letter is the 6.7% increase in tariffs set to come into force in 2021- an increase which the IHC expressed concern about, particularly “in the midst of a recession”. This tariff increase was first discussed at the 2021 Residential Tariff Forum held on 11 August. The 2020 weekly accommodation rates and other fees for each college and hall can be found here.

The letter notes that the increases are due to the ANU’s contractual obligations to partners under the Purpose-Built Student Accommodation (PBSA) agreement, which was signed in 2016. An ANU spokesperson told Observer that the University’s contract with the accommodation providers – the ‘partners’ to ANU under the PBSA agreement – stipulates “an additional three percent rise” to tariffs every five years. This increase is on top of any rises to the tariff rate in line with inflation. Partners to the University under the PBSA agreement include Cullinan Project Company, and Bruce and Wright Hall Pty Ltd, a subsidiary of the Tuckwell Education Fund, the trust responsible for the Tuckwell Scholarship.

The IHC stated that it was “deeply regrettable that the ANU has signed away residents’ rents for a 30-year lease”, adding that “many residents simply cannot afford such a rise in rent”.  The letter expresses that the IHC believes that ANU has been “unwilling to engage meaningfully with concerns about affordability of on campus living”, and highlights a “continual pattern of refusing to be transparent with students” on the issue. The IHC also expressed concerns that the tariff increase will further alienate students from low-SES backgrounds from campus life, which they say is a “long standing issue at the ANU”.

In response to the letter, a University spokesperson told Observer that the University “will consult students about future increases” and is “committed to ensuring that future tariff increases have as minimal financial impact on residents as possible.”

The letter notes the Open Day protests held by residential halls in 2014, 2016 and 2019, where students had protested the rising cost of living on campus. During the 2019 protests, the IHC called for “greater transparency in tariff in-flows and out-flows” and tariff calculations. The letter asserts that, despite these calls for transparency about tariff rates from residents, “at no point was the potential for a 6.7% tariff increase raised” by ANU.

The demands under the letter’s ‘tariffs’ heading include a call for the ANU to release the data and calculations used to reach the figure of a 6.7% increase in rent for 2021, and to release all tariff increases planned for the remainder of the PBSA.  This includes a call for the University to disclose what constitutes “75% of the Canberra rental market” and how it is calculated as a basis for the setting of rental tariffs for residential halls. When the PBSA was signed in 2016, the University had stated that rental rates would not exceed 75% of Canberra market rates. However, Flynn explained to Observer that the University does not disclose how this rate is calculated. He notes, for instance, that the rental demographics which are factored into these calculations are unknown.

On the issue of tariffs, the Letter also calls on the University to commit to including student leaders and the IHC in conversations surrounding future rent agreements, and to making on-campus accommodation more accessible for low-SES students. The IHC identifies measures such as additional bursaries, and the adoption of specific measures to “encourage and assist” low-SES students as ways for the University to achieve these demands.

The IHC is further seeking a commitment from ANU that residents who have their returner’s application accepted will not “be priced out of their accommodation in later years”.

A University spokesperson told Observer that students returning in 2021 to residences will have the option to receive “financial support through bursaries to share the cost of the tariff increase”. In particular, bursaries will be available for students who will be staying in rooms where the tariff increase will be “above the average” annual increase. The spokesperson further asserted that the tariff rates at ANU accommodations are “below market rate for Canberra rental accommodation” and are “comparable with other Group of Eight universities”.

The spokesperson also noted that, with respect to tariffs, ANU will be implementing Senior Resident scholarships which will cover 100% of their room costs in 2021. Currently, there is variation in SR scholarship rates between different halls, with UniLodge SRs receiving an 80% scholarship in 2020, compared to 100% scholarships in other halls.

On the topic of SASH policy, the letter highlighted issues with a perceived “consistent refusal” by the ANU and the  Respectful Relationship Unit (RRU) to engage with students. It also claims that student leaders have “been treated with hostility”. The IHC asserts that “cultural change requires buy-in from everyone in our communities”. To this end, the IHC’s demands include the creation of an environment where students feel “safe to approach the ANU and the RRU with feedback on SASH policies”. In particular, they identify “unnecessary or jarring criticisms of students who raise concerns” as a barrier that needs to be addressed by the University.

The IHC also calls for the University to draw up plans as to how RRU presentations can be made more inclusive, particularly for LGBTQI+, Indigenous, and international student survivors of SASH. On the topic of RRU engagement with students, they also highlight the need for a consistent system of content warnings and safe spaces at RRU presentations.

A University spokesperson maintained that ANU and the RRU “consistently consult, engage and take on feedback” from students, citing “regular meetings” with student representatives, including the IHC. They also noted that the RRU engages in “community consultations”, and provides opportunities for follow up after education and information sessions through “advertisement of the [RRU] email address”. In response to the letter, the spokesperson also asserted that “the Interhall Council has not produced any specific examples or incidences to which the University and RRU can fairly respond.”

The letter further outlines the need for “clear mapping” of disclosure and reporting processes, and a “clear plan” on how the University will act on student feedback.  IHC is also demanding “broader training for student leaders” on SASH and ‘Bystander’ programs, and a commitment to implement the SASH Cultural Action Plans “at all future halls”, citing Recommendation 12 of the Nous Review.

The final section of the letter concerns the IHC’s call for the ANU to increase pastoral care staffing across residences, including the hiring of at least two full-time pastoral staff members at each all. The letter refers to a pledge from the ANU in 2019 “for increased provision of pastoral care staff”, but states that a number of Halls remain without Deputy Head-equivalent positions. This includes Wamburun Hall, which is lacking pastoral care staff promised in 2019, including a Deputy Head – one specific demand put forward in the letter is for the implementation of a Deputy Head-equivalent position at Wamburun for 2021.

On these issues, the IHC is seeking an explanation of staffing gaps in ANU residences. This includes a further demand for the provision of a timeline for the appointment of all pastoral care positions, and the inclusion of students in the hiring process. Lastly, they request that ANU includes the IHC and student leaders in its decision-making, particularly in relation to pastoral care, for the as-yet unnamed SA8 Residential Hall. SA8 is currently under construction, and was originally set to open in 2021 prior to the COVID-19 pandemic.

When asked about the demands for increased pastoral care staffing outlined in the letter, a University spokesperson said that further staffing for 2021 is “under consideration”. They said that additional staff is being considered for Wamburun Hall, “as well as increased debriefing support for Senior Residents.”

This article was updated to include a link to information on current residential fees.