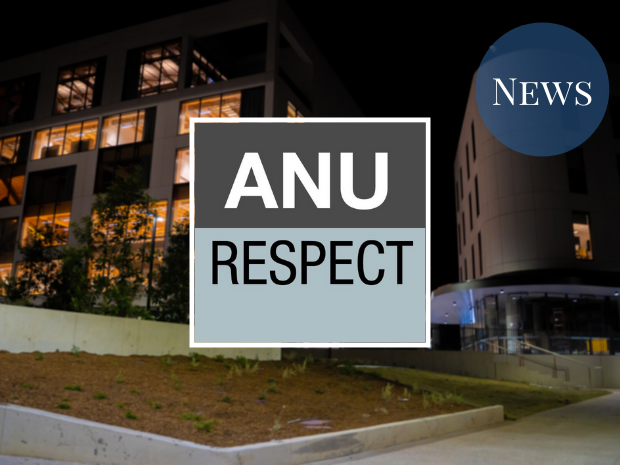 Over three years on from the release of the Australian Human Rights Commission (AHRC) “Change the Course” Report on Sexual Assault and Sexual Harassment (SASH) on Australian university campuses, a number of criticisms have been levelled at the ANU Respectful Relationships Unit (RRU) and ANU administration for their handling of SASH issues.

One of the training opportunities currently offered by the RRU is the ‘Consent Matters’ module, which is offered online with “optional” in-person delivery. All residential students are required to complete the module at the beginning of each year. Respectful Relationships Ambassador and 2021 ANUSA Education Officer elect, Maddie Chia, described the module to Observer as “a bit of a joke”. She stated that it is “an online module where you just click through and that’s the only thing you have to do in relation to consent”. Chia flagged additional “disappointing” aspects of the module such as use of language that is not “survivor-friendly” nor “LGBTQI+ friendly”. Chia added that although VC Brian Schmidt “always talks about [the University] being inclusive”, she does not see this reflected in the module.

A number of criticisms of the approach to SASH taken by ANU and the RRU have also emerged from the STOP Campaign. Camille Schloeffel, the Director of the campaign, provided comment on behalf of the organisation. Schloeffel told Observer that the Campaign recently received reports from multiple residential halls that ANU administration had directed them to “actively disengage” with the Campaign’s initiatives. During a meeting between the Campaign and ANU administrative staff, the University staff member who sent the original directive to heads of halls allegedly stated that “[the STOP campaign’s] advocacy was not their business” – and have since retracted the initial directive for halls to disengage.

Schloeffel also reported that Campaign members who have used the online disclosure tool provided by ANU have expressed concern about the steps necessary to remain anonymous. Schloeffel noted that survivors currently need to create a new email address in order to maintain anonymity – a process that she suggests may deter survivors from completing the report. She said that “more interaction and cooperation” between the RRU, ANU administration and other SASH advocacy groups would be beneficial for fostering “a safe, inclusive environment for students and staff”.

ANUSA Women’s Officer, Siang Jin Law, also emphasised the need for spaces for student voices to be heard on SASH issues. Law stated that “it is important that the ANU takes responsibility” for conducting training on SASH issues “so as to not leave the onus on students”. She further stated that “it is imperative that the training and education that occur are being provided by professionals with the appropriate experience and resources”. Law added that such training should be informed by consultation with students, advocates, and activists in order to ensure it is “trauma informed”, and pays “appropriate respect to lived experience”.

Schloeffel alleged that sessions run by the RRU at various residential halls contained triggering content and were unsafe. She stated that “students have reported having to leave sessions the RRU ran earlier this year due to their persistent refusal to use content warnings”. She continued that this, in turn, has led to “traumatised students and Senior Residents having to provide extensive pastoral care”. Schloeffel alleges that the lack of content warnings goes against feedback from “various independent reviews”, along with ANUSA and PARSA criticism of the University’s response to SASH issues more generally. Chia also reports ongoing issues with the RRU’s treatment of criticism. “[The RRU] is very critical of feedback”, she asserted, “they don’t like feedback, full stop”.

Chia characterises the RRU’s communication with survivors of SASH as “extremely poor”. She notes a lack of faith and trust in the Unit by students and activist groups due to them being “ridiculed” for their stories or otherwise not believed by members of the RRU. Chia stated that she has had “firsthand experience” with RRU staff members, and “a lot of the time student activists leave the room traumatised and just so upset and scarred by the conversations they have”. She also noted an event at a residential hall where she said there have been reports of “…the RRU basically [comparing] sexual assault to lollies”.

In her role as a Respectful Relationships Ambassador, Chia describes her experiences with the RRU as “really quite negative”. She reports that, at her induction to the Ambassador position, inductees were told the RRU did not have the money to fund any of the ambassadors’ projects. Chia stated that it was instead implied that “[making] some infographics on Canva… should be enough”. She also recounts an incident where a University staff member allegedly told her that the ANU did not consider SASH the most important issue at the University at that time.

Chia also detailed issues she has faced with the repeated lack of content warnings employed by RRU staff. She recounts one Respectful Relationships Ambassador training session where she “actually had to walk out” due to the absence of content warnings about rape. She also alleged that “[the presenters] said some really derogatory things…I just felt so traumatised as a survivor, and disgusted as an activist”. She describes conversations with a staff member during working groups, during which they neglected to use content warnings and “[weren’t] really sympathetic to the survivors’ experience”. She continued that “[the staff member] really pinned [SASH advocacy issues] on students”, along with implying that the RRU could not do anything to solve the issues, “even though they are the body to fix it within the University”. Chia also encouraged a review of how the RRU operates, and questioned the use of funding given to the RRU on merchandise “like a colour-changing mug”, instead of “putting it to work on actual training sessions”.

An ANU media spokesperson stated that all work of the RRU, including training, is “informed by current best practice and puts students’ interests and wellbeing first”. They assert that suggestions to the contrary are “entirely false”. The spokesperson added that the University “stands by” and is “proud of” the work, expertise and care of RRU staff in responding to sexual violence, as one of “the most difficult and complex of challenges facing our society”. They described the RRU as a unit run by a small team of dedicated experts who are “responsive” and “accountable”, and who serve as “advocates and allies” for students. The spokesperson stated that the allegations against University staff detailed in this article “do not accord with the positive, safe, consultative and committed interactions” of staff with students and the University community. They also asserted that the allegations “do not accord…with the recollections of ANU staff” and are a “misrepresentation of conversations between our staff and students”.

Chia flags SASH at residential halls as a particular cause for concern, particularly “interhall sexual violence”, where the survivor and alleged perpetrator are not residents at the same hall. Every ANU hall or college, including UniLodge, utilises different sexual violence prevention strategies and procedures in cases of SASH. According to Chia, this makes reporting difficult, as “it’s so hard to know where to go, who to talk to”. She described how reporting interhall SASH often ends with being told that the hall in question cannot take action against the perpetrator because the survivor is not a resident there, noting her own experience of being assaulted by a resident at Fenner hall as one example. She also described the success of the procedure of her own college, Burgmann, in dealing with her sexual assault by a Burgmann resident – wherein a “mini trial” was held in-hall. The contract of the alleged perpetrator was subsequently cancelled as a result. Chia stated that this “attests to the fact that things can be done if there’s proper prevention strategies”.

When presented with the allegations outlined in this article, an ANU media spokesperson stated that the University’s thoughts “are with the survivor named in this article”. The spokesperson expressed that “no-one should be mistreated in our community and sexual assault is never okay. This should never have happened to them”. They further stated that the allegations outlined are “damaging for our broader student body and community” – adding that students should be aware that the RRU “is there to assist them”, and urging individuals in need of support to reach out.

The spokesperson referenced the University’s new Sexual Violence Prevention Strategy (SVPS), sexual misconduct policy and the online disclosure tool as “sector-leading work” by the RRU. They stated that the SVPS was developed “in consultation” with “key advisory bodies, external expertise” and the “valuable contribution” of a variety of members of the University community. According to the spokesperson, since 2019 over 3000 individuals at the University have participated in face-to-face training for SASH-related education.

The criticism of the RRU coincides with the publication of an open letter to the University published by the Interhall Council. The letter expresses similar concerns at the “consistent refusal” of the University and the RRU to “be receptive to student feedback about SASH policy and procedure”, and states that “residential student leaders have been treated with hostility” when providing feedback to this effect. The demands listed in the letter include calls for the RRU to incorporate consistent content warnings in its sessions, and to draw up plans on how it can be more inclusive of LGBTQI+, Indigenous, and international students. The accusations also follow a judgement against Johns XXIII College in a civil case which found that the college breached it’s duty of care when hazing rituals conducted by residents in 2015 resulted in the sexual assault of the plaintiff.

Schloeffel stated that the STOP campaign would like to see improved dialogue between students, the RRU, and University administration in order to ensure concerns are addressed. However, she noted that the STOP campaign “highly respects” and values the expertise and previous efforts of the RRU in responding to SASH on campus. Chia has suggested a dedicated sexual violence lawyer at the University, or a dedicated board to deal with sexual violence complaints, as two possible steps forward in the University’s approach to SASH issues. Law stated that trust between students, survivors and the ANU “can only be rebuilt through genuine and holistic cultural change that prioritises humility and empathy”, and encourages the acknowledgement of failures, and the fostering of genuine consideration for individuals “over ticking checkboxes to meet a standard of care”.