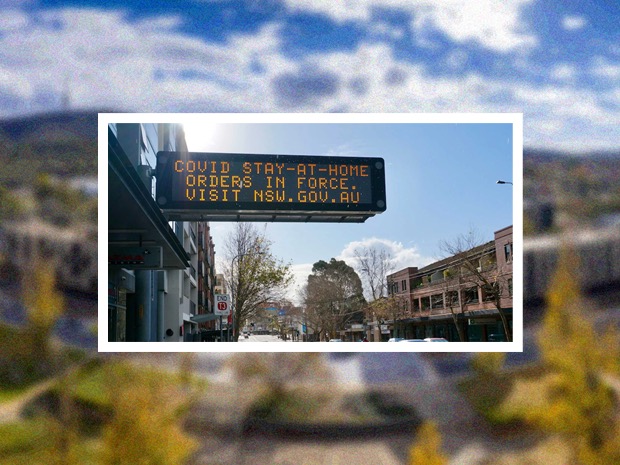 The growing COVID-19 outbreak in Sydney has put the return of thousands of students in jeopardy, as uncertainty looms regarding whether Sydney students can return for the start of semester two.

This allowed students to return to Canberra and spend 14 days at their on-campus accommodation. ANU’s residential halls had rules in place to ensure that those with SAHO were appropriately separated from those without.

Only a day later, ACT Health announced that anyone returning to the territory from Sydney would need to quarantine for 14 days, rather than adhering to an SAHO.

The most notable difference between an SAHO and quarantine is under the former you are allowed to leave your residence for an hour of exercise each day.

On Monday afternoon, students were again communicated new plans when the Deputy Vice-Chancellor (Student and University Experience) Professor Ian Anderson, sent a university-wide email. He stated that due to the rapidly changing circumstances in NSW, ACT Health would be temporarily rejecting all exemption requests from ANU Students who live on-campus.

This new development will last at least a week before a review will take place.

In a statement to Observer, a university spokesperson stressed the pause was initiated by ACT Health and that the university supports the decision.

“The Sydney COVID-19 outbreak represents the most significant risk to our community since the start of the pandemic” the spokesperson said, recognising the collective risk of students returning is high.

The university confirmed to Observer that Davey Lodge will still be used to quarantine students once the pause is lifted.

“We are ready to go and welcome them back,” the spokesperson said.

First Year student India Zarah, who is currently in Sydney told Observer  “adjusting from the ACT’s initial stay-at-home orders to the quarantine requirement seems to be the main difficulty for the university.”

Zarah hoped to be back on-campus in time for Bush Week (26 July). This is now unlikely, with many first year students likely to miss the week of activities, which many were looking forward to, especially given the disappointment of semester one’s market day.

“I’m feeling a bit anxious as many of my classes are on-campus” Zarah said, although she accepts that it’s “out of my hands at this stage…I know the University is addressing these concerns.”

An ANU Spokesperson reassured students that “all courses at ANU are also offered online in 2021.”

However, with students unsure of when they can return, many students are frustrated that they have to continue paying rent for on-campus accommodation.

One Wright Hall student, who wished to remain anonymous, felt “extremely frustrated at this situation.” They had only planned to go to Sydney for a week, however, during their stay cases started appearing rapidly.

At this point both ACT & NSW Health asked people not to travel. “I did the right thing and followed the advice,” the student said.

“We pay rent and have a contract with the University Accommodation, but we aren’t considered ACT residents, thus are not allowed back in.”

They feel “the university does not have a plan in place for us students to return.” The student also found the university policy of requiring rent for their current student accommodation contract while quarantining at Davey Lodge unfair.

“We would still be paying the fees for Wright Hall, which includes food, but we would be expected to buy/make our own food for two weeks.”

“It’s absolutely unacceptable for the University not to make arrangements for us to be able to come back, while also expecting us to pay food and rent for somewhere we aren’t allowed to be.”

The student also noted other financial pressure given that their two jobs in Canberra are now at risk “since I’ve been away for too long.”

A University spokesperson said that students who commenced their accommodation contract in Semester 1 would have to continue paying rent as “students were informed of the prospect of lockdowns when they signed their contracts.”

In the initial lockdown and restrictions which were imposed in 2020, those students who left residential halls to return home were able to suspend their accommodation contracts, and therefore not pay rent for the period they were away.

However, students with a contract starting this Semester would be able to “start paying their rent from when they arrive on campus.”

The University encourages students experiencing financial difficulties to apply for a hardship bursary.

ACT Government was approached for comment but did not respond