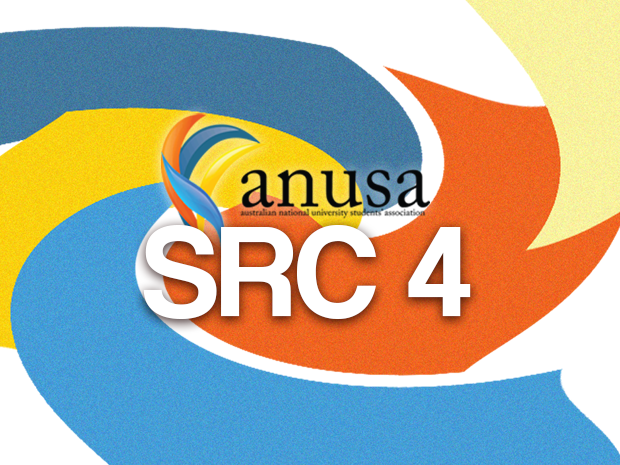 Motion 6.4 concerns meeting requirements for gen reps, 6.5 relates to the process for those reps that choose to resign during their term and 6.6 concerns the handover process following the completion of a gen reps term.

Motion 6.2 argues for General Representatives to receive training and report at both the beginning and end of the year. The motion passes.

We now move to the motions up for debate. After 6.1 passed earlier in the meeting, we move to debate on 6.2.

Jagger will now speak to her report. On Bush Week, survey’s will be released shortly so students can have their say on the events run.

The much anticipated Friday Night Party “will not be running in its usual fashion” due to COVID restrictions. However, the festival will still take place in a smaller capacity with “several smaller musical events”. A date has still not been set, and acts haven’t been confirmed.

Isha Singhal begins by thanking Gen Rep Neha Kalele for organising off-campus which have had “really great turnouts”. She thanks the entire Wellbeing Committee for being “nice” and ANUSA President Janagaraja for organising the CRS/CRN system last semester. Singhal continues that she is looking for what other academic considerations can be brought in for remote students again this year.

Further, she stated that she is enquiring about reforms around providing mental health first aid for Gen Reps because “at the moment they have received no training at all”.

Grace King is next, stating it has become very clear there’s a massive wealth divide at ANU, and it is “absolutely everywhere” and “tokenism is rampant”. As a first generation she criticised tokenistic campaigns run by ANU, especially given ANU’ student body is composed of 7% first generation students, in comparison to 50% average nation wide.

Cleversley takes his report as read. He mentions that he is in contact with ANU academic Sarah Walker in regards to publishing a report regarding low SES students.

Max Evans claims no SRC will beat SRC1 when he and “Marlow [another Gen Rep] were at Badger, drinking beers”.

Max Evans opens by clarifying that whilst he is a member of the Liberal party he is “strongly in favour of everything that increases rights .. I support [things like] marriage equality and trans rights … I’m aware that there are members in my party that oppose this view, I disagree with them but in a democracy you are allowed to have opposing views.”

Marlow Meares is up next, noting that he has played a part in assisting with Education protests, in tandem with Maddie Chia, and the organisation of the Women’s March. He further states that while it has been welcoming to see the great work that ANUSA does, he feels that the work ANUSA does “in the margins” doesn’t get the attention it deserves.

Opening as the first gen rep speaker, Niam Foxcroft ran on a platform representing low-socioeconomic students. He made progress, though not as much as he would have liked. Progress made included the acknowledgement of first generation uni students through an O-week event. In addition, he has also been a part of the ethical sponsorship committee.

We now move to the Gen Rep reports. This is a new addition to the SRC, done in order to increase accountability and transparency of the gen reps.

For Clubs Council, Joshua Yeend was not present, and did not provide a report prior to the meeting.

BIPOC recently had an interview on ABC Radio Canberra, and put out an awareness campaign on BIPOC burnout and the difficulties facing them. They held six Bush Week events, including putting on a panel in collaboration with ANUSA to unpack various laws against racial discrimination in Australia. They’re currently holding a campaign with the Education Committee and ANU Education Activism on the privatization and collapse of the Health Co-op in Kambri.

They plan to release a racism report sometime in Week 4 following ‘8 months of incidents’.

Luca Corby speaks to their report. The Environment Collective (EC) has a speaker panel on climate change coming up on 31 August and an Op Shop Ball in September. The fossil-free campaign is continuing to put pressure on ANU to terminate investments tied to the fossil industry, and is currently sitting at around 200 signatures after launching a month ago.

They have approved a referendum to be distributed during the ANUSA election on opinions regarding ANU fossil investments.

Benedict Chin now speaks to his report. He stated that the ISD was planning on holding an SGM next week, acknowledging that hybrid virtual and on campus events during o-week were successful. Finally he noted that “we want to make sure we’re not giving up on our remote students”.

Russel’s report begins with a summary of the department’s events that took place over Bush Week. Russell described the week as “very successful” for the Indigenous Department.

A report into racism on campus, conducted by the BIPOC department, has been endorsed by the Indigenous Department, describing racism as “a massive issue for students on campus”.

The departments recognition of NAIDOC week, which coincided with week two of this semester did not take place due to capacity issues. Instead the celebrations have been moved to week 4.

Lee states that the Queer* Department is in consultation with ANU Sports Clubs to make them more inclusive for LGBTQIA+ students. When questioned about his favourite form of self care he states that it is to bake a cake.

General Secretary Meghan Malone speaks to her report. She notes the progress of the various committees which are currently operating. In particular the Electoral Reform Working Group has completed its work, and the Governance Reform group will be meeting shortly to finalise its findings.

An Election Information Night is taking place on 9 August, in light of the upcoming election season.

Chia began her speech by chastising those individuals undermining the work of ANUSA department, classing their behaviour as transphobic, sexist, ableist and racist.
In response to a Socialist Alternative motion at the last OGM, in relation to the NHC, Chia stated that ANUSA has endorsed the NHC campaign and spoken out against current and future outsourcing. She went on to say that ANUSA has promoted the NHC petition through poster runs, market day store and facebook.
In questions Wren Sommerville criticised the poster runs given there were not enough leaflets printed. Chia responded that she was in Sydney and that the petition and rally was promoted to the best of their ability.
Grace Hill also criticised the Education Department given lack of specificity of surrounding plans for the national week of actions. Chia responded that she was in contact with Chris Hall and that he has given ANUSA social media posts to distribute. She also said she would put up the link for a nationwide online rally for students.
On a lighter note, Chia credited her report’s rainbow colour scheme to her vibing and crying over the bachelor.

Chia opens her report by highlighting the “unnecessary harassment and rudeness” conducted by some students to department officers recently.

EdCom has not taken place this semester, and will instead adopt a hybrid model for next Monday’s meeting.

With overwhelming support, the most recent Teaching Learning and Development Committee supported the Queer Department’s Pronoun motion (discussed in SRC 3). Chia described this as “a huge win for inclusivity on campus”.

On the National Health Co-op campaign, Chia commended the members in her department who ran the ‘Save the NHC’ protest on campus. The Education department also reported that the motion regarding the co-op, passed in last week’s OGM has been fulfilled in practise.

Flynn takes his report as read. He encourages people to sign the petition regarding the Broken Promises protest. Flynn continues that reform has taken place around providing student assistance for issues regarding academic misconduct.

Check out our article regarding the Broken Promises protest here: https://anuobserver.org/2021/08/10/womens-department-releases-broken-promises-report/

And we are off!

Janagraja stated that a major issue has been students stuck in NSW due to covid 19. She went on to note that she has secured extended opening hours of Menzies and the law library. In addition Janagraja acknowledged the recent SASH protests as well as all those involved in ANUSA over the previous months. She stated bush week has been particularly busy, with Janagraja working 83 hours in Bush Week alone.

Finally, she encouraged those considering running the ANUSA elections to reach out to her given she is the main point of contact.