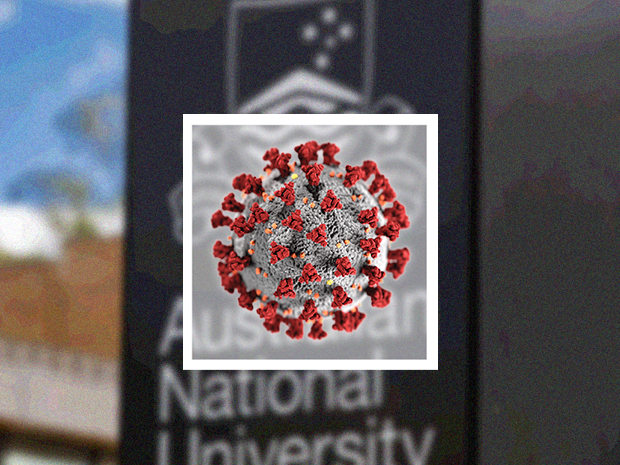 Since Canberra entered lockdown last Thursday, many students at residential halls have been feeling the strain of stringent lockdown measures.

Reports of declining mental health among these students have been widespread, with many having called for a one week teaching pause. ANU has faced criticisms regarding a “lack of consistency” with ACT Health directives in imposing such restrictions.

Speaking to Observer, second-year Fenner Hall student Ben Coultas-Roberts stated that his experience in lockdown has been “pretty grim”. While he said that he “understands and supports the need to implement such hard restrictions on colleges”, the lockdown measures have been “definitely impacting [his] mental health as well as [his] ability to study”.

“I am not sure what the solution is, but these restrictions are not sustainable for students’ mental health”, Coultas-Roberts continued.

One Senior Resident (SR) – who wishes to remain anonymous – echoed the struggles felt by Ben. Referencing the “constant rule changes” for residential halls, they stated that a “huge strain” was placed on students.

This included residents being “unable to go grocery shopping, and delays in deliveries”, often leaving “students panicking about when they will next be able to get groceries”. According to the SR, such issues were the result of “discrepancies between ANU’s restrictions and the ACT Health directives” and “a lack of empathy from the ANU and Unilodge”.

When asked about the impact this had on their role as an SR, the individual stated that they felt “isolated and misunderstood”. It was “difficult to provide moral support to residents”, they continued, “when we know they’re frustrated at us for the lack of consistency in the restrictions”.

On Tuesday, a petition was launched advocating for a one week teaching break to give staff and students time to focus on their mental health and wellbeing. This has since gained over 5000 signatures.

An ANU spokesperson told Observer that they were aware of the student-led campaign, saying “we have been in contact with them and we appreciate their strong views and good intentions”.

However, the university believes “a pause will actually make life harder for many students” stating that a week’s break would cause “further disruption to their plans and their work and care arrangements”.

A student at Wright Hall told Observer that he is happy with the response from ACT Health to manage the outbreak “however the initial response from Wright seemed far less organised and even a little chaotic”.

“Emails on different days were sent out contradicting the last and even more frustrating was finding out different halls were under drastically different restrictions”, the student said.

Another student told Observer that in one of Wright Hall’s regular zoom meetings between staff and residents, students became so frustrated and angry that “it felt like people were ready to grab pitch forks”.

However, the student believes the situation has since been brought under better control saying “on the Tuesday it seemed that the hall had gotten its act together”.

Residential students were not allowed to leave their halls for grocery shopping, despite this being considered essential by ACT Health. One student at Wright Hall – which is catered by Chartwells – noted that “the quality of Chartwells is on occasion terrible”.

Across the road at Bruce Hall, a student also voiced their frustration about the current situation, in particular the lack of quality food available. 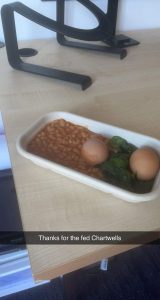 The student said “food is being delivered at inaccurate times” and “Most [meals] are delivered cold and inedible.”

Concerningly, the student told Observer about dietary requirements not being followed. “I’m vegetarian and lactose intolerant and have been given meat as my only meal and full cream milk products”.

As residents at Bruce were not allowed to leave the hall for grocery shopping, it was purely “luck of the draw” to receive a piece of fruit or additional snack with a meal, the student said. 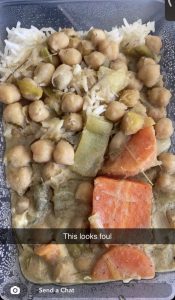 Wright Hall & Bruce Hall are both catered by Chartwells. Students have complained about the poor quality of food

Further to this, “no support has been provided with residents trying to supply themselves with food” meaning most people “have been left high and dry”.

ANU’s website states that grocery shopping is now allowed for all residential students, however “delivery is the strongly preferred method”.

The student said however, that they were grateful for Bruce’s SR team saying “the SR team and some staff have done excellent in getting on top of residents mental well-being and offering as much support as possible”.

Disappointment about the residential hall’s handling of the lockdown has also been felt by Senior Residents. At one hall, senior residents collectively expressed their frustration to Observer saying “Rules, guidelines, best practice and procedures have been made up by unqualified bureaucrats on the fly and imposed with no consultation”.

“As SRs, all year we have been privy to the ANU COVID Response Office and Division of Residential Experience preparing for just this situation. We had meetings, were given documents and were provided opportunities to give feedback on these plans. From Thursday, what has been revealed is that that planning was worth nothing”, the Senior Residents said.

They note “residents have been left confused and distressed as rules change hour by hour”.

Responding to the SRs’ criticisms of hall restrictions being developed “on the fly” by “unqualified bureaucrats”, an ANU spokesperson stated that the restrictions were “developed in consultation with ACT Health” and “by public health, epidemiology and infectious disease experts with decades of frontline experience”. According to the spokesperson, “the University and our experts needed to move rapidly in a fast-evolving COVID” environment.

The SRs also noted that “the workload since going into lockdown has been immense. Time and again, by default, tasks fall to SRs.”

The Senior Residents said  “Our residents are angry and they are feeling hung out to dry by university and hall administration.”

“We don’t need new acronyms and never ending new booklets of procedures. We need adequate staffing to keep us and our residents safe… We need a commitment from the university to do what is necessary to protect the physical and mental wellbeing of residents no matter the cost”, the SRs conclude.

In response to the exhaustion felt by many SRs, the University responded that “our SRs have played a key part in helping their residential communities” and they “thank them for that”. The spokesperson further stated that ANU “has met with SRs to discuss their concerns and to ensure they are not overburdened”.