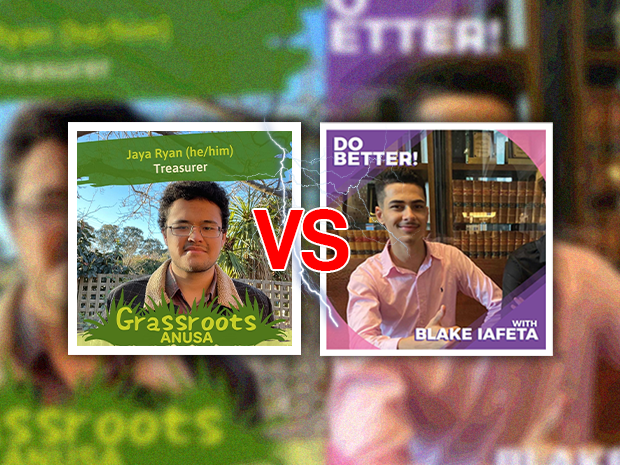 ANUSA Treasurer is a demanding position in student governance. They work to allocate ANUSA’s funding to best suit students’ needs, bid for funding, and assure that ANUSA’s spending is ‘professionally audited’. The Treasurer for 2021, Siang Jin Law, spent her term building the foundations for an ANUSA-run business in the Kambri Precinct, which the next Treasurer will inherit and potentially see come to fruition in 2022.

Ryan is a current ANUSA General Representative who is running under Grassroots ANUSA’s ticket. According to the Grassroots ANUSA website, his time at ANUSA has taught him the importance of proposing feasible policies.

“I’ve held the belief that it’s very important that the policy candidates put forward at election time is within the scope of the role and achievable”, Ryan said.

Predicating his platform on this belief, Ryan proposes three core policies. He recognised they are ‘ambitious, but they’re not beyond what a Treasurer can do in a year’.

His three core policies are:

Ryan goes into further detail on his policies and the steps he will take to achieve them on his Treasurer page on the Grassroots ANUSA website.

Blake Iafeta is well-known for having contested 11 positions this election alone. His candidate statement details his experience of growing up in a ‘low income household located in regional Queensland’, which he says, amongst other factors, have influenced his choices of policy. He pays specific attention to financial literacy amongst students from low-income families as being a problem.

Blake’s policies for Treasurer are:

For further detail in Blake’s policies and background, his General Manifesto is available.