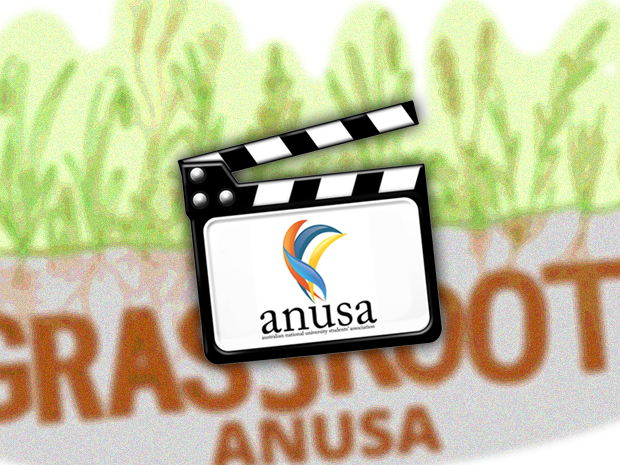 ‘Grassroots ANUSA’ has left a resounding impact in the realm of student politics, sweeping up all available executive positions in this year’s ANUSA elections. This brings to a close an election season of unique significance, with tickets forced to utilise the tools offered by social media to propel their candidacy – due to the lockdown in the ACT.

Where the 2020 election was renowned for heated competition, with several candidates contesting each position on the executive, this year was less frenzied. However, what piqued the interests of ANU students (even those who don’t religiously follow student politics) was the candidacy of Blake Iafeta. The self-described “reformed eshay” made an unprecedented move to contest 11 positions on a self-run ticket. Whilst unsuccessful in securing a position on the exec, Iafeta had the luxury of choosing between the positions of CBE College Rep and Gen Rep.

Iafeta chose the latter, and is also now one of ANU’s five delegates to attend NatCon, having been the most voted for NUS delegate. Yet, in the battle for ANUSA’s Presidency against Iafeta, Christian Flynn (Grassroots) was triumphant.

Flynn’s election as President was a sign of things to come for ‘Grassroots’, as votes were counted late into the afternoon on 2 September. After Flynn, came the election of Chido Nyakuengama for Vice-President, Jaya Ryan for Treasurer, Ben Yates as Gen Sec, Grace King for Welfare Officer, Beatrice Tucker as Education Officer and Phoenix O’Neill as Clubs Officer. All mentioned ran under the Grassroots ticket.

Grassroots’ success didn’t end with a clean-sweep of the executive, but continued through to Gen Reps, College Reps and NUS Delegates.

From the 14 available Gen Rep positions, Grassroots took seven. The Labor-left aligned ‘Get Sh!t Done’ were next best electing three candidates, followed by Labor-right aligned ‘Do Better’ with two candidates. Ungrouped/Independent candidates Michael Matheson-Deng and Blake Iafeta were elected on first count, constituting the most voted for candidates within the Gen Rep pool.

SAlt candidates Grace Carter and Nick Carlton were unsuccessful in their bid to become Gen Reps and NUS Delegates, making SAlt absent within next year’s SRC. The same goes for the Liberal aligned ticket ‘Get Going for ANUSA’ who were unable to elect any candidates to the SRC.

Three Grassroots candidates, Christian Flynn, Phoenix O’Neill and Luca Corby, will attend this year’s NatCon. The race for fifth delegate position was left between Flynn and Ben Yates (also from Grassroots) with Flynn just prevailing at the end of the voting process. Sinead Winn (Get Sh!t Done), who also unsuccessfully contested Welfare Officer, will be another ANU delegate attending the conference, along with Blake Iafeta.

The contest for CBE reps will be officially classified as uncontested, as Blake Iafeta withdrew his nomination after accepting the position of Gen Rep. ANUSA’s constitution prevents a student from holding two positions concurrently in the SRC, with the exception of NUS delegate. Isha Singhal and Rania Teguh, both students currently studying overseas and members of the Grassroots ticket, will be the respective CBE reps.

Grassroots were also able to elect both of their College of Law nominees in Neha Kalele and Katie Byrnes. In what was one of the closest races of the night, Back on Track’s candidate Adam Busselmann missed out by five votes.

In this year’s election, students were also given the opportunity to weigh in on whether they think ANU should divest in fossil fuel investments. Students voted in favour of divestment with 1316 votes in favour to 157 against.

As the vote count drew to a close, all that was left in the Zoom meeting were this year’s outgoing ANUSA executives. They expressed relief and jubilation at the prospect that their long and exhausting terms were coming to an end.

Onto next year’s SRC…