By Jessica Whiting and Eliza Croft

Kambri has been open for just over a week, but construction is ongoing and not all vendors have started operating. Observer has investigated the places that have opened, so you can know where to organise your O-Week hang-outs.

The only food vendor that was open for trading on 11 February was Kebaba. Observer understands the outlet plans to stay open until midnight every day, although it may close earlier if business is quiet.

Food vendors are starting to open in the Lane. Urban by Asian Tiger and What the Pho, which both had stalls in the Pop-Up Village, have opened their outlets. Meals at both are similar in price and substance to those offered at their Pop-Up stalls, although some menu items appear to be between 50 cents and a dollar more expensive. Other Pop-Up vendors elected not to make the move to Kambri, citing significantly higher rent.

Last year, then-Deputy Vice Chancellor Marnie Hughes-Warrington promised there would be bubble tea in Kambri, and it appears she delivered – there are two bubble tea vendors in the Lane. Chatime is now open, but Share Tea is still under construction. The two vendors are within five doors of each other. 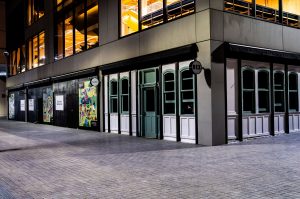 No cafés are open in Kambri yet.

Bookshop Harry Hartog opened on 13 February. Textbooks, novels, non-fiction, cookbooks, and merchandise are located on the ground level, with the first floor dedicated to second hand books. However, the second floor – which will house a café – is not yet open. Indeed, there are currently no cafés open in Kambri. In the precinct’s first few days, the University arranged for a number of coffee carts to be present, but they have now left. It appears that Broger Burger and Kebaba sell coffee, if you’re in need of caffeine.

Broger Burger is a sit-down and takeaway vendor which opened today. Burgers start at $11.90 and hot dogs at $7.90, though note that adding a small chips and drink is an extra $5.50. Sit-down restaurant China Plate, near Broger Burger, is also currently open. Prices seem similar to other Asian restaurants in Canberra, with main meals costing between $15 and $24. 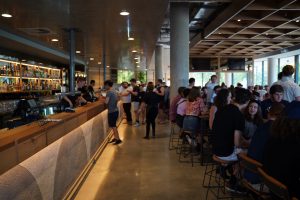 Badger & Co., Kambri’s pub/bar, has been operating since the weekend. The watering hole sells a variety of pub food as well as cocktails, wine, and beer. However, there are currently no ciders on tap. Beers are available in a ‘Schmiddy’ size, so named because it is between a midi and a schooner – it’s also a bit of a fun pun on “Schmidt”. Tap beers are about the same price as the Pop-Up, with Schmiddies costing $5.50-$6. Jugs are priced along a similar line at $14-$19. The time of ‘Happy Hour’ (with $5 basics and beers) varies, so make sure you check the boards before setting up a hang-out. 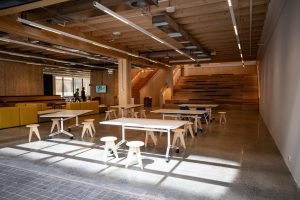 The Teaching Centre and the Health and Wellbeing Centre are operational, while the Student centre is partly open.

Kambri lifestyle services like the National Health Co-op and Capital Pathology were open from 11 February. Club Lime also opened its doors to students, including the much-publicised 25 metre pool. ANU students can claim a $2 per week discount on gym membership fees, but will still pay full price for an aquatics membership.

The Marie Reay Teaching Centre and the Cultural Centre began operating on Kambri’s opening day. Student organisations and services are currently occupying the ground floor of the Di Riddell Student Centre on a rotating roster, while upper levels of the building are still under construction. Observer understands that the Centre will be fully operational by the end of March.

At time of publication, the following vendors are now open in Kambri:

According to an ANU spokesperson, the following vendors will be operational by the end of the week:

Please note that the preparation of this article did not involve spending SSAF money on alcohol.