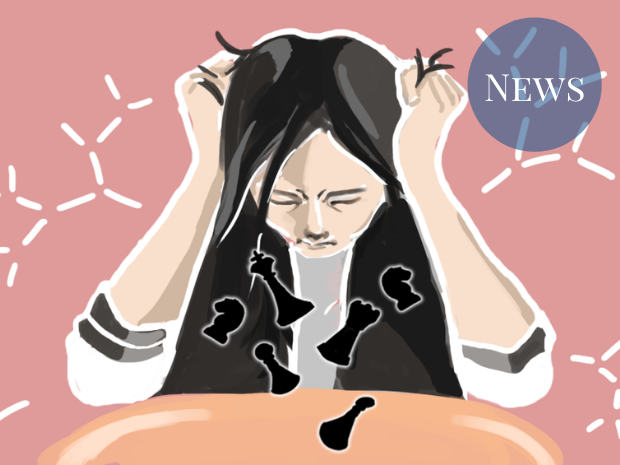 By Eleanor Ellis and Madeleine McDonald

A number of concerns surrounding the difficulty and workload of POLS2125: Game Theory and Social Sciences have arisen this semester. Student concerns have centred around the workload and heavily maths-based content. Students have now taken these concerns to the Dean of Students.

POLS2125, which is convened by Shawn Treier, is a compulsory International Relations course, and is also a popular option for PPE and Political Science students. The course has allegedly been reported to the Dean of Students multiple times over the past five years. Students have cited issues with the lack of support provided, heavily maths-based content, and the large number of graded assessments. Following recent complaints to the College of Arts and Social Sciences (CASS) and the Dean of Students, Treier has made adjustments to the course.

Student Experience of Learning and Teaching (SELT) reviews are used to measure student satisfaction and overall learning experience, and provide key information in the quality of teaching in a particular course, degree, or program. The ANU is required to review and take action on feedback received through these SELT reviews.

SELT reviews for POLS2130: Public Choice and Politics, which is another course run by Treier, indicates similar levels of student satisfaction in recent years. The course received low ratings in “overall satisfaction” of 38% in 2014, 55% in 2015, 56% in 2016, and 53% in 2018.  However, the course reached its lowest rating in “overall satisfaction” of 36% in 2017, when it was run by a different course convenor. Treier returned as convenor in 2019, with SELT reviews indicating an increase to 51% in “overall learning experience”, similar to previous years’ results.

One POLS2125 student, who wishes to remain anonymous, acknowledged that, while “the lecturer is super knowledgeable and genuinely does want to help…the simple fact is the course is not designed for International Relations – it’s Maths”. The course does not have any other prerequisites besides a requirement that students have previously completed 12 units of 1000 level Political Science (POLS), or obtained permission from the convenor.

Another student cited poorly explained concepts and minimal support as her main issues with the course. The student, who also wishes to remain anonymous, stated that the concepts being taught “would only be adequate if the students had already learnt the content prior”.

As a student with a Credit/Distinction average, they have “had to dedicate about twice the amount of time on this course than I do for my other courses” and have “received very low scores in assessments”. She added that the “tutor will often get confused in the middle of explaining concepts,” such as mixing up numbers, which “confuses students who were barely following along to begin with”.

Another student enrolled in the course this semester disclosed that students “don’t feel like the tutorials are very helpful”. Tutorials entail a 10-20 minute rerun of lecture content, followed by students being put into breakout rooms to do a graded piece of work. The student stated that she has had “pretty bad experiences with my tute groups in terms of people not contributing,” and that this is due to “no one really know[ing] what’s going on or how to do anything”. She added that the difficulty of the course has been amplified during online learning, as “you can’t ask for help when you’re doing equations”, and students often finish the tutorial with “still no more idea about what you were doing than before”.

POLS 2125 course representative Tiegan Gleave, who has been responsible for coordinating student feedback to Treier, believes that a large part of student frustration is “due to the workload”. She states that students are required to complete weekly assignments, which “often include material that has not been covered by that week’s lecture and tutorial”. Although the assessments are weighted at just 3%, Gleave said that students find they often require a “full day of study”. Gleave asserts that, “although tutorial assignments are theoretically a good idea to keep students up to date on course content, they cover too much ground” emphasising that “students have other commitments”.

In response to student feedback, Treier has “lengthened his office hours [and] gone over some of the more difficult content”.

When asked about possible avenues for improvement of the course, Gleave suggested a “decrease [in] the amount of content that is covered”. She believes that students would be better equipped to handle the difficult content if Treier “went through [it] slower, with more repetition” and reduced the number of “marked assessments”.

An ANU Spokesperson confirmed that the CASS is aware of the issues raised by students regarding POLS2125, and has met with the course convenor. They stated that this has led to the “development and implementation of a suite of strategies to directly address student concerns, as well as additional contact hours”. The spokesperson asserts these measures have been “well received by students”.

ANUSA CASS Representatives, Samuel Lee and James Eveille, have also been in contact with the College regarding issues relating to POLS2125. In a statement to Observer, Eveille acknowledged the “receptive nature” of CASS in addressing student concerns, pointing to the “course specific improvements made in the past week”. Eveille says the College has also been in discussion with the Representatives regarding other courses with “systemic issues” to ensure such problems “don’t continue with a long-term trend”.

In response to the changes implemented by the convener and by CASS – including extending the assessment deadline from Wednesday, October 28th to Friday, October 30th– another POLS2125 student expressed frustration, telling Observer, “giving us extra time doesn’t really make up for the fact that they haven’t taught us anything properly.”

Observer understands that the Dean is in the “midst of speaking to the course convenor, school and relevant stakeholders within the University” to see how “greater support” can be provided to students in this particular situation. In addition to extending the paper deadline by two days, Treier has also said he would only take students best six assignments out of ten in the calculation of final grades.