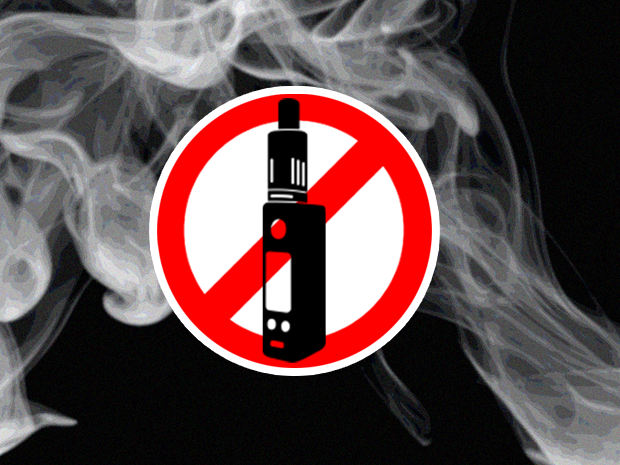 It is not uncommon to see young people with a vape in hand. The popular electronic devices that produce a nicotine ‘hit’ have been reportedly rife in schools, and by extension among University students. However, from 1 October 2021, Australians must obtain a prescription to access nicotine-containing e-cigarettes, facing fines up to $1,110,000 for individuals and $11,100,000 for corporations.

E-cigarettes, commonly known as “vapes”, are electronic devices that heat a liquid to produce a vapour inhaled by users that may or may not contain nicotine. They often contain a range of other chemicals and solvents, including flavouring agents, many of which are toxic or carcinogenic.

Buying, selling, and possessing nicotine-containing e-cigarettes was already illegal under the Medicines, Poisons and Therapeutic Goods Act 2008, however, a “loophole” in legislation and lack of enforcement allowed consumers and businesses to import them from overseas.

On 21 December 2020, the TGA announced that amendments would be made to the regulation of nicotine under the Poisons Standard to close the loopholes around importation. The changes now require individuals to obtain a valid prescription to access nicotine-containing products from 1 October 2021 and will allow the Australian Border Force (ABF) to intercept parcels which contain vapes. This will not affect nicotine replacement therapies (NRT) approved by the Australian Register of Therapeutic Goods (ARTG), such as patches, gums, lozenges, and sprays.

E-cigarette and e-liquid products must also have child-resistant packaging, addressing concerns about children accidentally consuming e-liquids following the death of an 18-month-old child in Victoria.

During the consultation process, the TGA considered 2385 public submissions, a report by the Select Committee on Tobacco Harm Reduction, submissions to the Senate Inquiry and testimony at public hearings. This process found evidence that e-cigarettes may have “long-term consequences for brain development” and may act as a “gateway to smoking in youth”.

The change in the law aims to balance “the need to prevent adolescents and young adults from taking-up nicotine vaping products” while “allowing current smokers to access these products for smoking cessation with appropriate medical advice.”

Federal Minister for Health Greg Hunt proposed the ban in June 2020 but delayed its implementation following backlash from 28 government backbenchers who signed a letter expressing opposition. The letter, whose signatories include the likes of Barnaby Joyce and Dave Sharma, argued a ban would be impractical, and may lead to adverse health outcomes. A review of the decision is planned for the second half of 2022, with details about the terms of reference to be released early 2022.

Individuals who want to obtain a prescription will have to book an appointment with a GP and discuss the various options available for smoking cessation, such as prescription medications, NRTs, and other support services.

Prescriptions can be filled through an Australian pharmacy, or can be used to import up to a 3-month supply of nicotine products from overseas websites using the Personal Importation Scheme.

The Australian Border Force can stop imports if they suspect it is unlawful and will be allowed to seize and destroy products if they do not see a valid script. Individual consumers should arrange for a copy of their prescription to be enclosed with the product when it is packaged. Civil penalties and fines of up to $1,110,000 for individuals and $11,100,000 for corporations may be imposed.

The TGA has approved 121 applications for authorised prescription of unapproved nicotine vaping products and have published a list of 25 doctors who have consented to having their names and consulting locations published. Of these, 5 are listed within NSW, 1 in NT, 3 in QLD, 3 in SA, 4 in VIC, and 5 in WA. Four are accessible online only, and none are listed within the ACT.

E-cigarettes are currently not approved as a therapeutic good by the TGA, meaning there is insufficient evidence on the safety, efficacy and quality of using e-cigarette products as a medicine or treatment option.

Observer spoke with Professor Simon Chapman, an Emeritus Professor in Public Health at the University of Sydney and tobacco control activist, about the application process. He explained pharmaceutical companies seeking approval for prescription and over-the-counter medication must show (often through clinical trials) that patients improve in the way they said they would, and that they did not have unintended adverse side effects. Chapman claimed nicotine companies have not applied as “they probably know their products aren’t very effective” and said “the biggest problem with vaping is that it is being touted as safe” and “an excellent way to get off smoking”.

Observer also spoke with Professor Emily Banks from the ANU College of Health and Medicine who has done extensive research into the adverse effects of e-cigarettes, and was cited as being “instrumental in informing the laws”. Banks said there are “two main ways of visualising the effects [of vaping] – the direct health effects on the body, and the indirect effects on smoking behaviour”. Direct, short-term effects include “nicotine sickness”, nausea, vomiting, reduced lung function and capacity, increased blood pressure and heart rate, seizures, cardiac arrest, and accidental poisoning. As e-cigarette use is a relatively new concern, Banks claimed “the issue is we really don’t know the long-term effects. They [users] don’t know what they’re signing up for”. Chapman expressed similar concerns to Banks on the long-term impact of vaping, arguing that adverse side-effects may take “20-30 years to manifest”. However, Banks claimed, “the jury is still out” about the definitive long-term risks of e-cigarette use.

Regarding smoking behaviours, Banks said there is “strong evidence that non-smokers are three times more likely to take up smoking after using e-cigarettes”. This is supported by the National Health and Medical Research Council who raised concerns about the “potential for e-cigarettes to provide a gateway to nicotine or tobacco product use”. Although e-cigarettes do not contain tobacco (like conventional cigarettes), the active ingredient, nicotine, carries high addictive potential and affects learning, memory, and concentration.

Some opponents to the ban claim vaping is a safer alternative to smoking cigarettes, and may have potential use as a cessation aid. Banks rejected this as a “dangerous marketing tactic” that relies mostly on anecdotal evidence.

Banks said approximately two-thirds of e-cigarettes users are not using them for cessation and that 54% of e-cigarette users also smoke. Chapman also argued vaping to be an inadequate cessation tool.

“[Vaping] holds people in smoking rather than tipping them out”, Chapman said. He further cited medical research stating “three quarters of people who quit smoking quit cold-turkey… without aids”.

ANU’s Smoke-Free Policy, introduced in 2015, prohibits the use of all smoking products anywhere on campus. This includes both cigarettes and “e-cigarettes/vaping”. Designated Outdoor Smoking Areas, such as Kambri and the Fulton Muir precinct, have been phased out since July 2020. The policy acknowledges the harmful environmental and health effects of smoking and aims to “encourage and support people to quit smoking” and “protect vulnerable members of our community from incidental exposure to tobacco smoke”. ANU has published a variety of resources to support staff and students , including the QUIT Now program, ANU counselling, and the Employee Assistance Program.

In response to questions by Observer on the vaping ban, an ANU spokesperson said “Any business based on the ANU campus would need to follow the law, as per any other business operating anywhere else.”