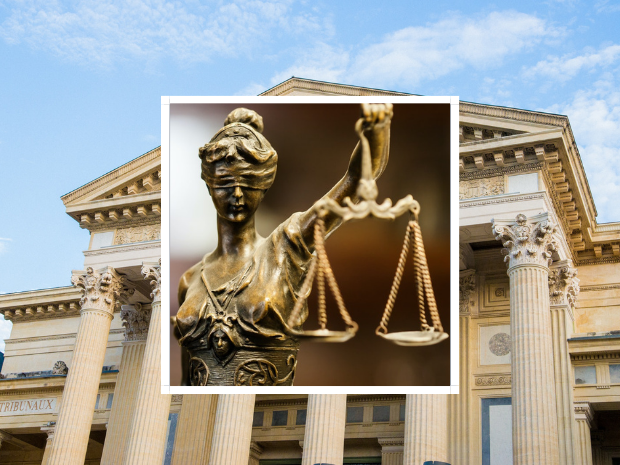 On 17 September, an ANU student shared a portion of the feedback that they had received on an assignment to ‘ANU Schmidtposting’. The student had been marked down because their wearing of a nose stud was considered inappropriate for the assignment.

The assignment in question was a speech for the course LAWS4319: ‘Rhetoric: The Art of Persuasion in the Ancient and Modern Worlds’, which asked students to give an online presentation as though they were addressing a court via Zoom.

The feedback posted to Schmidtposting criticised the student’s wearing of a nose stud, given they were presenting in a faux court.

“There was good personable appearance except for the nose stud. The requirement was to prepare for a submission for an e-court setting. A nose stud is not appropriate for that setting,” the feedback explained.

The poster captioned the screenshot with the comment: “this was the first paragraph of feedback from a speech lol does anyone know if this is even allowed?”

Run by the College of Law, LAWS4319 “revives the study of the ancient art of persuasion (or rhetoric) for the twenty-first century, educating students in the skills necessary to become more persuasive communicators in a range of topics”. In terms of its learning outcomes, the page emphasises the course’s focus on analysis and argumentation, as well as students’ ability to “formulate structured, persuasive, clear and fluent forms of spoken discourse”.

This course is split in two, comprising a classics cohort and a law cohort. While the classics assessment was marked by the course’s convenor, the law assignment in question was marked by a PhD candidate brought in from the College of Law (with whom the students had had no prior interaction).

Following the Schmidtpost, other law students also enrolled in the course shared feedback they had received. “I got marked down because he thought my voice was too high lol”, said one student. Another commenter said they were marked down for bad lighting, despite having little control over their lighting as they were, at the time, in hotel quarantine. A student also told Observer that they were marked down for moving their hands incorrectly while speaking, while another said they were penalised for doing the speech on a sofa in their living room, despite this being the place in their house that had the best internet connection.

Speaking to Observer, one student described how they had done their best to create a neutral background for the assessment, considering they had to do it from home, but was still marked down for not having used a “picture background or Zoom blur” to neutralise their bedroom wall. They went on to explain that their laptop is too old to run the version of zoom that allows for background changes.

The student therefore deplored the “intrinsic classism” inherent in the criteria, as despite having done “everything [they] possibly could to try and satisfy this criteria”, they still “failed” on “socioeconomic” grounds. “Students from lower socioeconomic backgrounds… could not possibly have achieved a high mark”, they said.

Referring to the other students’ complaints, they asserted that the criteria is a “really strong and direct example of some of the more covert institutional practices at the ANU which reward rich, white, English-speaking and gender conforming students over all others”.

In terms of the marker’s intentions, while the student maintained that they didn’t “believe that the marker intentionally chose to be discriminatory”, they said “the criteria is representative of a larger problem at the ANU College of Law, and ANU generally”. They also clarified that they didn’t blame the convenor herself for this problem, as she was not responsible for marking the law speeches.

Another student – who was initially unhappy with their feedback – has also come to the convenor’s defence. “I have since spoken to the convenor of the course and clarified the feedback which I received”, they explained in a statement to Observer. As a result, the student no longer thinks there is “anything about the assessment [that] ended up being unfair”.

Commenting on the post to Schmidtposting, Representatives of the College of Law advised students with complaints to reach out, as did the ANUSA Education Officer Maddie Chia.

In a comment to Observer, Law Representatives Lily Henke and Izzy Marsh said they were “very concerned to learn about students’ experiences with the marking of the LAWS4319 assessment”.

“We have raised students’ complaints with senior staff at the College of Law, in an effort to ensure this issue does not reoccur”, they explained.

The Representatives also noted that upon contacting the course convenor, some affected students were able to have “unfair comments” removed from their feedback, with “additional marks” awarded.

“In the meantime, we’d encourage anyone with questions or concerns to reach out to us at [email protected] so that we can direct them to appropriate support”, the comment concluded.

An ANU spokesperson told Observer, “if students have concerns about academic feedback regarding this course they can raise them with the Associate Dean for Education in the ANU College of Law or the Dean of Students”.