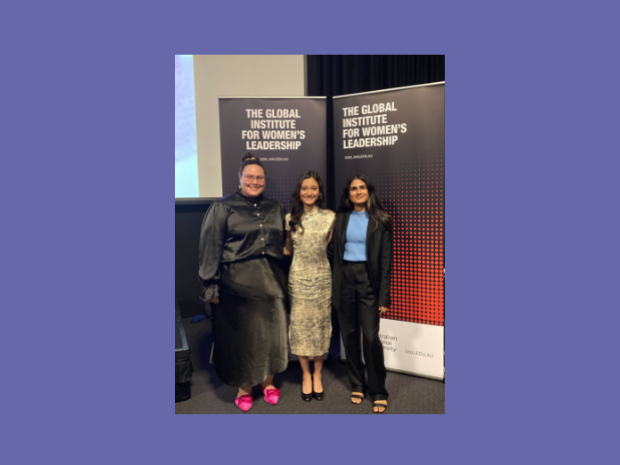 The panel was chaired by Dr Elise Stephenson, with Yasmin Poole, Latoya Rule, and Varsha Yajman as guest speakers. 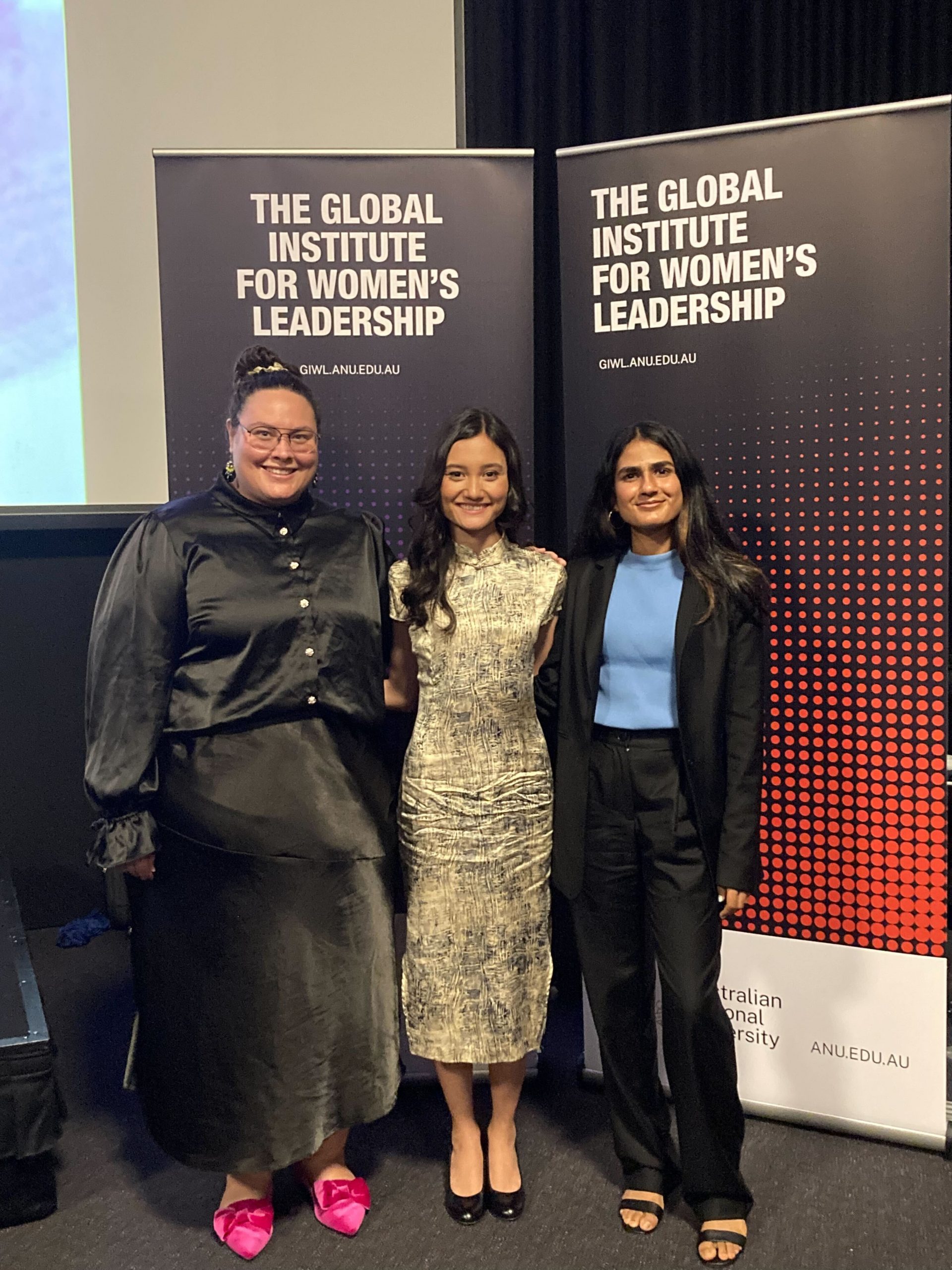 Dr Stephenson is a researcher, strategist and entrepreneur, as well as a Research Fellow at the Global Institute for Women’s Leadership.

Poole is currently Plan International’s National Ambassador and an advocate for girls’ rights to be recognised around the world. She has been named as one of Australia’s 100 Most Influential Women by the Australian Financial Review. In 2019, Poole was the youngest member of the Top 40 Under 40 Most Influential Asian Australians and Top 25 Young Women to Watch in International Relations.

Varsha Yajman, the youngest member on the panel, is a 19-year old speaker, podcaster, and advocate for climate justice and mental health awareness.

The event began with Aunty Matilda, who has been a campaigner for Aboriginal and Torres Strait Islander peoples’ rights for decades.

“We’re women. We can shape the future. We can do these things. ”

Dr Stephenson began by asking the panel about leadership.

“True leadership cuts through the jargon, and gets to the truth”, Yasmin Poole responded.

Varsha Yajman talked of the need for honesty and integrity in good leaders.

“Leadership is about vulnerability. There is no accountability or transparency in the government…. People aren’t being heard… We need real leaders, who will listen, and have open conversations,” she said.

Dr Stephenson next asked the panel what motivated them into leadership positions.

Varsha Yajman spoke of her motivation to make a difference in the world.

“When I first started, I didn’t even really know what I was doing. The first step is learning – learning why you want to make that change. Find a community, find anything that fills your soul and makes you feel like you’re with likeminded people.”

Latoya Rule spoke about Aboriginal deaths in custody. They revealed her own brother, Wayne Fella Morrison, died in custody at the young age of 29, in 2016 when officers forced a spit hood over his head and cuffed his wrists and ankles. They said that mobilising young people keeps her moving forward, supporting diverse women (including women of colour and trans women).

Dr Stephensonise asked the panelists for their advice to give to young women who want to get more involved in leadership and advocacy.

Yasmin Poole responded, “Everything around us is political. You will be more empowered about what you are passionate about, what resonates with you. You have the power and capacity to make those changes. I made myself feel seen because I spoke out. I recommend finding something you’re interested in and passionate about and find those communities to connect to.”

Dr Stephenson’s final question to the panel was what their dream for one year from now would be.

Varsha Yajman said, “I don’t want to have to keep fighting for a place for women of colour, for diversity to be normalized, and more intersectional representation.”

Finally, Latoya Rule said, “The decolonial decay of so many institutions. Full panels of people of colour and trans women speaking at future events like this”. She also requested supporters to sign the petition “#BanSpitHoods. Stop Black Deaths in Custody.”

Yasmin Poole next spoke about the future of female leaders, saying she is inspired by the younger generations and encouraged them to continue to push on despite the many barriers. She said she hopes decision makers make more space for young voices.

Dr Stephenson asked, “And if they don’t?”. Yasmin replied, “To those leaders, I say watch out.”

Yasmin Poole is one of 12 women featured in a statement and video advocating for the “safety, respect, [and] equity” of women in Australia this month. The statement and video also featured the 2021 Australian of the Year, Grace Tame, and the catalyst for an investigation into the workplace culture of federal parliament in 2021, Brittany Higgins.

“Every woman in Australia deserves access to a safe place to work, a safe place to live, fair and equal pay, quality free early learning & care, and a justice system that works for survivors”, the website containing their statement reads. The website outlines a series of recommendations to serve these goals.

In the accompanying video, the message calling for an end to the disrespect, harassment, sexism, and racism experienced by women is echoed. The video ends with words from Grace Tame.

She said, “We want an end to the darkness. We will not be silent. Let’s make some noise, Australia”.