Students expressed anger and disappointment with Residential Hall decision-making last night, after SRC received a report criticising the unilateral power of Heads of Hall, a lack of transparency or documentation around decisions, and insufficient and incomplete policies. The report launched an intense, passionate conversation among student representatives concerning Halls’ failures to protect student welfare.

“The Head and Deputy have relatively unfettered, unchecked, and unassailable powers” said General Representative Lewis Pope, author of the report. The decision-making process, he claimed, serves to silence students: A student wishing to appeal or question a decision will have no recourse, short of legal help, but to appeal the decision to the same Hall administration who made the decision. This may “intimidate residents out of actively interrogating decisions”.

Disabilities Officer Aji Sana confirmed this assertion. “Students with disability,” she said, “frequently come to me with concerns regarding treatment by halls” including not being able to access facilities due to mobility issues. These concerns were “often ignored, or in some cases very actively dismissed” and at times Heads of Hall only ensured accessibility after students “threatened to involve lawyers”.

One resident told Observer that after being sexually and physically assaulted by another resident, the Head told them “we don’t want to upset the environment of the residential hall,” and refused to take action. The Head also told them not to tell other students about the incident, or they would be “in trouble”. The Head of Hall did not tell the student the decision could be appealed, or that they could escalate their concern to the Registrar of Student Life or the Dean of Students.

Conflicts of interest were present for many Hall decision-makers, Pope said. There are many cases where “prioritising resident welfare may be at odds with the university’s best interests.” he explained, such as situations where acknowledging students’ issues may reflect badly on the ANU. Pope advised decision-makers must be empowered to make decisions about student welfare without consideration of ANU’s reputation or other external factors, otherwise there was a “clear conflict of interest”.

Codie Bell, founder of ‘Restorative ANU’, a group calling for sexual assault policy reform, spoke to this point. “When I reported my sexual assault to the university” said Bell, “ I was treated like a liability to the university’s reputation.” Bell said that rather than approaching her situation with consideration for her wellbeing, ANU used  “legalistic jargon that they knew I wouldn’t be able to understand” in order to turn her away.

One resident told Observer they had been threatened with expulsion after medical incidents caused by their disability. The Head of Hall, concerned with the reputational damage of a medical crisis at the college, threatened the student with expulsion if this continued. “To me, it appears like the college has its own interests in mind and not my safety,” the student said. “They told me that they ‘had done this before and would do it again’.”

Halls frequently make decisions without ever providing formal reasons to students, the report raised. Pope highlighted that without documentation, students cannot know the reasons for a decision, or hold the decision to account. In “literally every decision that they make” Pope said, “[the student] should have the right to a set of written reasons for that decision. I think that’s one of the most basic rights that people should have in this context.”

Pope further recommended a “centralised and accessible guide to residents’ rights.” This guide would “ensure procedural fairness” he said, by providing all residents with a plain language understanding of what could be done to them, and what ability they had to appeal decisions. Hall policies are also extremely hard to find, Pope explained, and are not available on ANU’s policy library.

Tom Kesina, former Disabilities Officer, told SRC of a student who approached him after being denied re-admission to their hall, possibly because their disability-related requirements created problems for the Hall. “[The student] wasn’t told the reason, how to appeal, or the first thing about how the process worked,” said Kesina. “I don’t think it’s a stretch to say the decisions the university makes that affect our lives should be transparent.””

While Pope brought the report to SRC, the topic of residential hall policy is not new to ANUSA. Women’s Officer Holly Zhang told Observer there was a “history of activism done by Women’s Officer in pushing this exact issue.”  Furthermore, the Women’s Department has submitted recommendations similar to Pope’s many times before, but there have been“no actions or follow-up”. Zhang said that while she supported Pope’s policies, they were “simplistic”, and pointed out that the Women’s Department was already involved in  “ongoing work with staff in the Division of Student Life to push for revisions in policy.”

Zhang further explained that with no documentation provided by the University, she has “very little ability to understand or know about students who are not reaching out”. However, Zhang said, “I don’t think currently students have reason to trust the university, to handle their case properly, given the cases I’ve been aware of in the past.” Zhang encouraged members of the Women’s Department to seek advocacy support and advice from her on an individual, confidential basis if they have experienced mistreatment, are unclear of their options for justice or are unsatisfied with any actions residential halls have taken, or failed to take.

Pope intends to send written recommendations to the Registrar of Student Life in the next month. He is also reaching out to the Presidents of residential associations.

Zhang said she planned to create online resources to communicate to students the policies and procedures which are currently being applied.

Undergraduate Heads of Halls and Unilodge have not responded to Observer’s request for comment at time of publication.

If you believe you are being mistreated by a Hall of Residence, the following resources are available

If you need support, the following services are available

If you have experienced mistreatment or poor conduct by the administration of ANU halls of residence, and wish to speak publicly about that mistreatment, we encourage you to contact us at [email protected]

Full text of motion:
That the SRC endorses efforts by General Representative Lewis Pope and other interested representatives to undertake a review and make recommendations on decision-making processes in ANU residences, ANU Residences here being defined as ANU Halls, Affiliated Colleges, ANU Lodges, and any other Residential communities under the control of the university to the SRC through Slack. 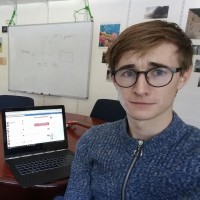