Internet Down, Memes Up

ANU experienced a network outage for over two hours this morning, causing significant disruption to classes and university administration. All aspects of the University’s online environment were affected, from Wattle to Resnet to Pop-Up EFTPOS facilities. Some students have expressed concern about effects on assessment.

The network went down at approximately 9:25 this morning. The outage affected ANU Secure, ANU Access, Resnet, emails, Wattle, and network drives. In an email to students, ANU said the disruption was due to “a bug in the network”. The issue was resolved at approximately 11:20am. 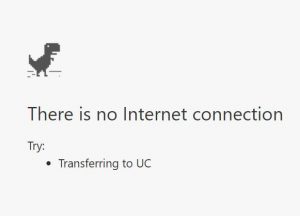 Students were quick to post memes about the outage.

The outage caused disruption across the University. At the libraries, book borrowing had to be noted on paper. Stalls at the Pop-Up were also affected – Tikka Stand and Taste of Tibet both told Observer that their EFTPOS facilities went down during the outage. Tikka Stand said this also affected their interactions with Deliveroo. Other stalls did not report issues as they use their own mobile data. ANU Schmidtposting’s well-known ‘Wattle Support Guy’ assured students that although Wattle was down, Echo360 recordings would not be affected.

Students have expressed distress in various online forums at the impact the outage had on their studies. Torts law students had a midday deadline for an assessment, though convener Jolyon Ford informed them he would “be flexible in dealing with submission”. Students in Australian Public Law, a compulsory law course, had a major assignment due at 4pm today. The lecturer informed students that even if Wattle remained down, students would be expected to hand in the required hard copy of the assignment by the due time. IT Law students were given an extension from 4pm today til midnight tomorrow.

In a workshop for DESN1002, a graphic design course, a tutor attempted to give a presentation using a whiteboard rather than a projector. The students then joined another class in small computer lab to watch the presentation on another tutor’s off-network laptop.

ANUSA Vice President Tess Masters said that students should contact her if they feel they were disadvantaged by the outage. She also encouraged students undergoing stress and anxiety due to affected assessment to contact support services. 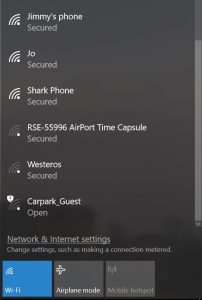 Many resorted to using their phones as wifi hotspots.

Despite the outage, students lit up social media. Memes quickly cropped up on Facebook pages such as ANU Schmidtposting, and joke pages such as ANUGothic addressed the issue. Many appeared to be relying on mobile data to do this, with a variety of wifi hotspots quickly becoming visible. The increased traffic caused network problems which slowed mobile access for a number of students.

The University could not give any details as to what sort of bug caused the outage, or how it was resolved. However, it said it did “not expect any further interruptions”.