As the teaching period draws to a close, there’s still plenty going on at ANU. If you were too busy searching for a desk at Chifley, here’s the news you might have missed. 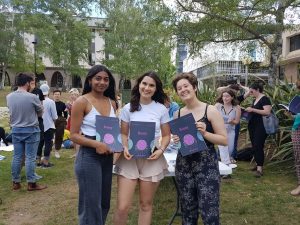 As of last Monday, Hancock Library is now a 24/7 facility. A new Parents Room was also opened there, including a change table, a microwave, and a space to feed children. The Chifley Library Digital Hub was also opened on Friday the 19th, which features specialised scanning and printing facilities.

A student petition was circulated this week, calling on the South Asia Research Institute to cancel a speaker event, as the keynote speaker has had sexual harassment allegations made against him. Despite this receiving over 150 students’ signatures, the event went ahead on Wednesday as planned. 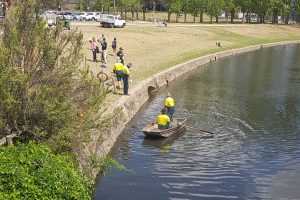 Trolleys are a normal sight in Sullivan’s Creek.

A number of trolleys were removed from Sullivan’s Creek on Wednesday by ANUgreen volunteers. 16 trolleys and two wheelie bins were fished out.

Voting for the Clubs Council Executive was extended due to “technical issues”. Voting was supposed to close on Tuesday with results to be released Wednesday; the voting link now indicates that polls will be open until the end of next week. 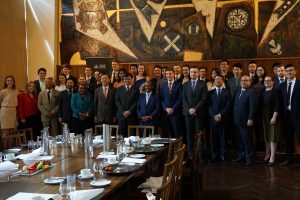 The ANU College of Asia and the Pacific Students’ Society held a breakfast at University House last Wednesday with a number of ambassadors to Australia. The event included representatives of the governments of Afghanistan, India, South Korea, Russia, Singapore, Thailand, Timor-Leste, Malaysia, Myanmar, and New Zealand.

The ‘Interhall AGM’ was held, where the new Executives of the Interhall Sports Organisation (ISO), the Interhall Arts Committee (IAC), and the Social Interhall Committee (SIC) were elected. Representatives from the Wright Hall Association of Members (WHAM) attended for the first time. Matthew Tuxen (Burgmann) will be the 2019 ISO President, Sophie Jagger (UniLodge) will be the IAC President, and Chris Brown (Fenner) will be next year’s SIC President.

Interhall SPARTOS was held on Tuesday, which honoured performances in Interhall sports and arts events this year. For the first time ever, there was a tie for the winner of the Arts Shield, as B&G and Burgmann finished with the same number of points. Johns XXIII won the Sports Shield for the second year in succession.

PARSA held its first Postgraduate Representative Council meeting this week. The meeting is PARSA’s first with its 2019 Executive and under its new Constitution. The constitutional changes separated corporate governance from the PRC.

ANU Distinguished Professor Genevieve Bell has been elected a Fellow of the Australian Academy of Technology and Engineering (ATSE). Bell, who is the current Director of the ANU Autonomy, Agency and Assurance Innovation Institute (3Ai), joins Dr Lachlan Blackhall as the second ANU Entrepreneurial Fellow of ATSE.

ANU launched InSpace, an institute which aims to bring together “researchers from the myriad disciplines with a stake in the space industry”. Headquartered at Mt Stromlo, the institute will host “astronomers, physicists, engineers, policy researchers, legal specialists and business experts”.