Socialist Alternative Promises to ‘Fight the Liberals!’ with New Ticket 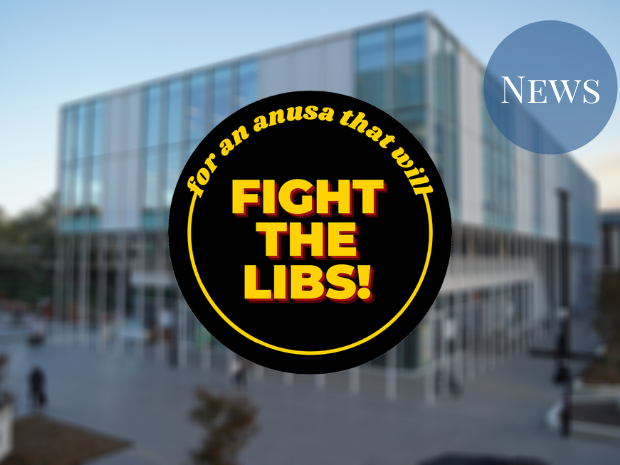 The Socialist Alternative (SAlt) have joined the ANUSA election race with an “activist” ticket, ‘Fight the Liberals!’. In a press release, the ticket describes itself as “experienced student activists who have been leading the fight against the Liberals all year.” It is contesting one executive position, with Wren Somerville vying for Education Officer, in addition to multiple candidates for Gen Rep and NUS Delegate positions.

Somerville, who ran for a Gen Rep position with ‘Climate Action for ANUSA’ last year, has previously organised protests against increases in tuition fees and taken part in various rallies calling for greater action on climate change from the government.

In a statement to Observer, Somerville highlighted “mobilizing” ANU students against what he describes as “attacks” from the Liberal government – including fee increases and welfare reductions – as one of the ticket’s main goals. As Education Officer, he intends to encourage “an approach that is combative” towards politicians and ANU management. He would also have ANUSA contribute financially and “throw its weight” behind movements like Black Lives Matter.

In addition to backing social justice movements, Fight the Liberals! intends to campaign for free university tuition. The ticket’s press release describes Liberals and university Vice-Chancellors as being motivated by profit to carry out “attacks” against higher education.

‘Fight the Liberals!’ also advocates for all contributions made by students under the Services & Amenities Fee to be given to ANUSA “so it can be used to support left wing campaigns that stand for students”. Currently, SSAF funding is divided among a number of organisations, including ANUSA, PARSA, ANU Sport, and student media organisations. SSAF allocation is managed by the University.

When asked about working with other tickets, Somerville noted that other tickets appear to be aiming to develop positive relationships with university management. He describes this as “a detrimental approach to student unionism”, but asserts that the ticket is willing to work with other members of ANUSA – with the exception of Liberal party members.

‘Fight the Liberals!’ have begun campaigning on their Facebook page. A recent post sees Somerville criticise current ANUSA representatives for “appeasing and cosying up to university management to ensure that they have a seat at a table behind closed doors”.

When asked about the political affiliation of members of the ticket, Somerville stated that “members of our ticket are in Socialist Alternative, a left wing activist organisation.”