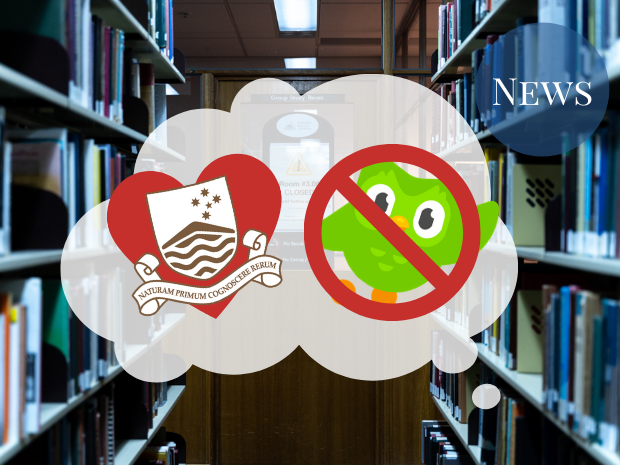 A joint proposal from CASS and CAP to make the Diploma of Languages available for direct entry next year will be presented to the University’s Academic Quality Assurance Committee (AQAC) on 17 September. If endorsed, the program will be made available for enrolment from 1 January 2021.

According to the AQAC Charter, the Committee will “monitor, advise and provide assurance to the Academic Board” about the quality of the proposed program. An ANU spokesperson told Observer that the “proposal is robust”, having undergone “extensive technical consultation”. They added that “the University is doing its best to get the program available for direct entry from 2021”. The Diploma of Languages program is equivalent to a one year full course load. According to a staff member from the Centre of Arab and Islamic Studies (CAIS), the program will be “offered part-time as an undergrad program” to any student who has “enrolled concurrently in a Bachelor’s degree or completed a Bachelor’s degree program”. To complete the Diploma, students can elect to study courses covering 26 languages as a combination of courses, or in pursuit of a specific major/minor.

Despite protests from students, the program has not been available for direct entry since 2017 as a result of the Federal Government’s cuts to funding for non-vocational diplomas. However, the University spokesperson stated that the program was never “disestablished”, and currently “remains active” as an exit-qualification. Students can only graduate with an exit-diploma by transferring from an existing degree program. As such, the Diploma of Languages is currently only available to those who cannot complete their current degree program or require an alternative exit point.

Speaking about the difficulties of bringing the Diploma back for direct entry, the spokesperson highlighted “technical challenges”. These included “acquiring appropriate Commonwealth Supported Places from the Government and a complex amendment to admission requirements”. In February, a University spokesperson stated that CASS “worked hard for two years to get the government to reinstate” funding for the Diploma.

In a comment to Observer, a student representative in CASS claimed that there were “already talks about bringing back [the Diploma] in 2019”. The student representative further stated that “a lot of the language staff depended on the [Diploma]” as an important revenue stream, adding that enrolments in “languages have taken a dive” since the removal of the Diploma of Languages. In a statement to Observer, CASS Representative James Eveille said that language courses are “often targets of cuts when funding shortages come into effect”.

However, in response to this claim, the University spokesperson suggested that the Diploma did not contribute significantly to enrolment in languages. They cited that in 2017, the Diploma “only accounted for four percent of the total number of full-time study loads for languages courses”. The spokesperson reiterated that “overall enrolment numbers in language courses are driven by other factors” than the availability of the Diploma.

There is a sense of optimism about the return of the Diploma amongst many students and staff. Eveille expressed his appreciation“that CASS & CAP have collaborated to deliver the Diploma of Languages once again”. A CAIS staff member also said they had their “fingers crossed” for the Diploma’s return.