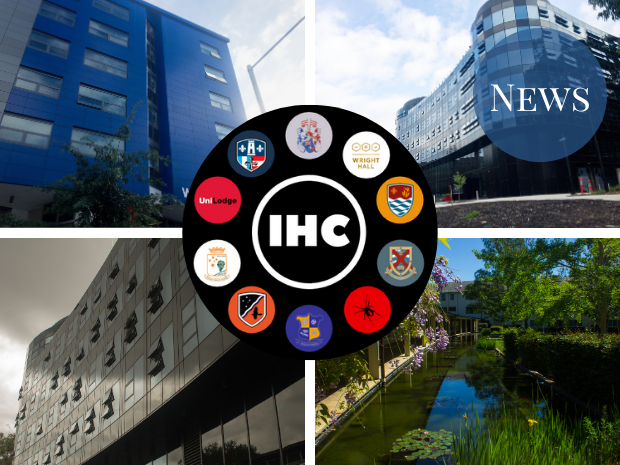 A month on from the Interhall Council’s ‘Who Pays the Price?’ campaign, the ANU has indicated that a number of proposals relating to residential life on campus are expected to be implemented in 2021. Several other proposed changes to staffing, pastoral care support, and financial assistance remain under consideration.

On 20 August, the IHC published an open letter to the ANU administration expressing their concern at tariff increases, pastoral care issues and SASH policy at campus residential halls. The ‘Who Pays the Price?’ campaign was subsequently launched on 22 August, with the aim of drawing attention to these issues during Open Week. A month on, the IHC has stated that they are “awaiting a response” to the letter and list of “demands and expectations”, which is expected to be “forthcoming shortly”. However, an ANU spokesperson stated that the University has responded to the IHC about the “concerns raised in its letter”.

The open letter was followed by a list of 22 “demands and expectations”, which included demands for increased student consultation and transparency regarding future tariff increases dictated by the PBSA agreement.

In a letter labelled as a response to the IHC, dated 4 September, Deputy Vice-Chancellor (Student and University Experience) Ian Anderson stated that the 2021 budget would “include measures” to implement the recommendations of the pastoral care review and resident feedback. In a statement to Observer, an ANU spokesperson detailed some of the “priorities for investment” highlighted by student advocacy and consultation, including 100% scholarships for SRs, and “consistency of remuneration” for Community Coordinators (CCs). An IHC spokesperson confirmed that the University has committed to 100% scholarships for SRs at both Wamburun and UniLodge for 2021.

The University spokesperson added that the University is considering the introduction of a number of different roles at certain residences – specifically, the “permanent appointment” of Residential Wellbeing Coordinators at Bruce, Wright and Fenner Hall, and the introduction of an “additional pastoral care role” for Wamburun Hall. The IHC stated that they are currently “awaiting further discussions” regarding the appointment of an Assistant Residential Life Manager (equivalent to a Deputy Head position) at Wamburun Hall, which would “equalise” staff support at Wamburun with those at other colleges.

With regard to Wamburun Hall, the IHC spokesperson stated that the University had begun to offset the Wamburun residential committee for costs of pastoral care, bringing it in line with other colleges. Previously, administrative and pastoral care expenses had come out of the Committee budget. This had the effect of “significantly shrinking [Wamburun’s] operating budget” compared to other residences, “who pay a similar CRC [College Residential Committee] Fee” but “already have the ANU pay” for such costs. They added that they are currently awaiting confirmation on whether the University would also cover administrative expenses in 2021.

The University spokesperson also addressed a number of broader priorities for change which “arose out of student advocacy in 2019”, and a  2020 review of the pastoral care model in on campus accommodation carried out by the University. The priorities include “resetting” student leader and staff roles to reduce the burden of pastoral care on students, along with “improving access to support” for SRs who have been exposed to “adverse incidents” as a result of their role. The manner in which these changes will be implemented has not been specified.

The University spokesperson stated that the University also plans to amend SR training to improve “practical learning” opportunities, while also revising the pastoral care model itself. These changes to the model will emphasise “community building and early intervention”, and ensure disciplinary procedures are used effectively. With regards to SASH at residential halls, the spokesperson stated that they hoped to improve “safe-making” in response to SASH disclosures. The University also plans to ensure female-identifying staff are accessible “in pastoral care roles in each residence”.

The IHC spokesperson stated that the Committee hopes to see much of the recommendations of the pastoral care review implemented. They affirmed that, to their knowledge, the “budgetary process” for 2021 would commence in October. They noted that the IHC has yet to receive “any specific information” on what will be implemented through the process, but expressed that they “look forward” to working with the University as it takes place.

The other major concern highlighted by the IHC in their Open Letter was a planned 6.7% rise in Residential Hall tariffs for 2021, due to the University’s contractual obligations under the Purpose-Built Student Accommodation agreement (PBSA), which require an additional 3% rise in tariffs every 5 years. The IHC expressed concern that residents would not be able to afford the rise in rent, as well as that it would alienate low-SES residents, particularly in light of the recession.

The University spokesperson stated that, following student consultation, a revised tariff model had been implemented which would see a price increase below 6.7 per cent for “the vast majority of rooms”. They continued that the new model would result in fairer and more consistent pricing across campus. Furthermore, financial assistance would be provided to residents in rooms that experience the highest rise in tariffs, with details to be determined during development of the 2021 budget in October. They emphasised that the University provides on campus accommodation “all priced below 75 per cent of market rates as determined by an independent market valuation report commissioned each year”, adding that on campus residents have access to “support and services that are not available when renting in the private market”.

The IHC spokesperson stated that the student forum held by the Committee in early August had resulted in a compromise between the two tariff options presented. Nevertheless, the IHC intends to “follow-up” with ANU administration to ensure “more specific feedback” is heeded “for each hall”. They also noted that the University has provided “no further clarity” on what a range of suggested bursary options might look like in 2021.

Critique had previously been levelled at the University for their involvement in the PBSA agreement, with the IHC stating that it was “deeply regrettable that the ANU has signed away residents’ rents for a 30-year lease”. The University spokesperson asserted that, through the agreement, ANU is able to provide access to “greater support and services” to students, as the agreement “frees the University” of the responsibility of ongoing maintenance, services and other costs associated with residences. They continued that the PBSA has resulted in the construction of more student accommodation, accommodation scholarships, and improvement of existing residences.

Other issues associated with the tariff rise have been those of transparency. It has been noted by the IHC that, although ANU claims prices stay below 75% of the market rate, the manner in which this rate is calculated is not disclosed, such as how they have factored in rental demographics. Though this has not been addressed specifically, Anderson stated in the University’s response letter that the University would “continue to share information” to improve the transparency of decision-making. However, he noted that some information sharing was “limited by contractual obligations”. A University spokesperson told Observer that ANU had “been transparent” about the details of the PBSA agreement by providing details to students through consultation and other forums. An IHC spokesperson stated that they were awaiting a “full response” to the Open Letter which “called for several specific benchmarks of transparency”.

An IHC spokesperson stated that, since 2019, the University had improved on student consultation, but that it would “remain to be seen” how much of the IHC feedback had been accounted for “pending the October budget process and the response to our Open Letter”. They expressed their hope that the University would make “further efforts…to listen to students” going forward, as part of an ongoing trend in the improvement of student consultation. The University spokesperson stated that ANU remains “committed to a continuing conversation with the IHC and students to address any concerns and listen to feedback”. They cited the new processes implemented by the Residential Experience Division this year, which they assert have allowed student feedback to guide priorities on building maintenance, renewal and furniture and equipment placement for 2021.