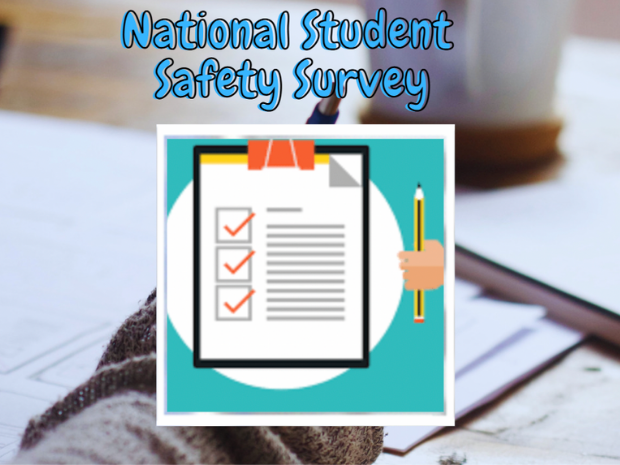 This is the second survey commissioned by Universities Australia as part of their ‘Respect. Now. Always.’ initiative. The  initiative aims to prevent and address sexual violence and misconduct within university communities. The Social Research Centre (SRC) is conducting the survey and analysing the data, in partnership with Dr Anastasia Powell of RMIT University.

The national survey will provide universities across Australia with information about the prevalence of SASH on their campuses, the context in which it occurs, student perceptions of safety, support-seeking behaviours, and rates of reporting. A series of recommendations will be issued to universities so they can amend policies and procedures relating to sexual violence, and improve how universities respond to allegations of misconduct and support those affected.

Participating students have been randomly selected and contacted via their student email. Factors like age, year/level of study, and residency were used to ensure accurate representation. The survey will take approximately 10 minutes to complete with support services offered  to participants both during and after the survey. All current and recent students (enrolled in the past five years) are able to share their experiences and suggestions for improvement anonymously online through the Universities Australia website.

The first survey was conducted by the Australian Human Rights Commission (AHRC) in 2016. The AHRC published their findings in 2017 in their Change the Course report. The survey analysed the prevalence and nature of SASH at university; the impact on mental health, education, work, and social life; bystander behaviour and responses; reporting and support-seeking; and attitudes towards women, sex, and SASH.

The University also developed a Sexual Violence Prevention Strategy, focusing on the drivers and reinforcing factors of sexual violence and violence against women. A Training Plan was developed to provide education programs and consent training to students and staff, including the ‘Consent Matters’ module, ‘MATES Bystander’, and ‘Responding to ‘Disclosures of Sexual Violence’.

In 2017, ANU commissioned Rapid Context to conduct an independent review of its policies. The report made 42 recommendations, such as improving access to trained experts for students and staff, reviewing mediation procedures and opportunities for restorative justice, implementing preventative measures and mandatory bystander training modules, and increasing visibility of services and support.

Despite the mentioned responses by the university, many students remain dissatisfied with the lack of progress ANU has made since the 2016 survey. Earlier this year, the ANU Women’s Department released the Broken Promises report, condemning the “university’s failure to protect students and instigate an immediate change” while at the same time cultivating an “appearance of action”. Current ANUSA Women’s Officer Avan Daruwalla said she hopes the “additional media attention” caused by the 2021 survey will “place the necessary pressure on this institution to recognise student demands”.  She also acknowledged changes such as the establishment of the RRU and Online Disclosure Tool, but said “credit should also go to student advocates who pushed the university tirelessly.”

In regards to the Broken Promises report, an ANU Spokesperson stated the university is “looking closely at the report and will respond in due course.”

The National Union of Students (NUS) published a media release on 6 September, expressing frustration about the “the inaction and ignorance of universities not yet willing to take responsibility”. NUS Women’s Officer and ANU student, Georgette Mouawad, expects to see the effects of the COVID-19 pandemic on the nature of sexual misconduct at universities reflected in the survey. NUS claim the pandemic has driven sexual misconduct mostly online, highlighting the various verbal and visual forms that may constitute harassment.

“This proves that universities should not be responsible for on-campus sexual harassment and assault alone. Universities’ responsibility extends to wherever student and staff perpetrators utilise their education as a prop to commit violence against others”, Mouawad states.

Mouawad said “the NSSS tends to represent an opportunity for universities to shallowly acknowledge their limited efforts in protecting and educating students while falsely pledging to accept recommendations”. She cited the lack of accountability, resources, transparency, funding, and student input as alleged examples of Uni inadequacy. Mouawad reflected on previous failures in relation to the 2016 survey,  demanding  “quickly deliver on their promises.”

The survey will run for four weeks, until 3 October, and a national report analysing the data will be released in early 2022.

Information on making a formal report can be read here