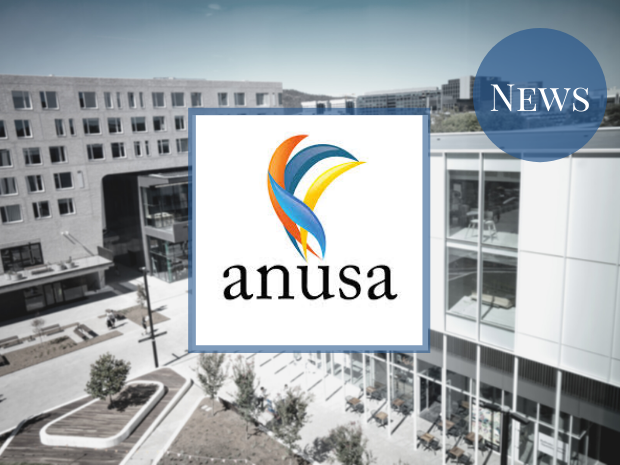 SRC 6 was not without its drama. Meetings such as the SRC show a side to student government largely unknown to the wider student body, for whom the workings of ANUSA are generally confined to a stream of Facebook posts seen around election time.

SRC 6, however, discussed some important policy initiatives which will invariably change the direction of ANUSA’s advocacy on COVID-related policy. After Grassroots’ executive sweep in this year’s elections, much of the meeting was characterised by Socialist Alternative questioning the political intentions of Grassroots.

‘Lockdown to Zero’ causes a commotion

Although it is hard to choose which was the most contentious point of the evening, the longest back-and-forth occurred with respect to SAlt’s motion, “Support Health Before Profits”. The much anticipated and publicised motion was moved by SAlt’s 2022 Gen Rep candidate Nick Carlton. Carlton called for ANUSA to endorse a hard-line approach to lockdown (and to therefore oppose the push to ‘live with the Delta variant’ being promoted by the “Liberals and Dan Andrews”). SAlt member Grace Carter described the debate as “weighing up business interests” against “actual human lives”. In this vein, Chris Morris argued that “ANUSA and NUS” needed to “take this fight to the government” to prioritise “working class” lives.

Many Grassroots members did express their support for continued lockdown until the ACT could ensure the highest possible vaccination rates, with a few citing the recent ANU study supporting a vaccination target of 90%. However, SAlt’s argument, and its unflinching push for the Territory to lock down until it reached zero cases, was not looked upon favourably by all present. Grassroots member and next year’s Gen Sec, Ben Yates, cited some of the social issues incurred by lockdowns, including their effects on peoples’ mental health and on rates of domestic violence. Max Evans, the only member of the Liberal Party in this year’s SRC, labelled SAlt’s approach to the argument excessive “virtue signalling”.

It was somewhere in this discussion that the meeting descended into a series of political (and sometimes personal) attacks. SAlt’s biggest point of contention seemed to be the Environment Collective’s (EC) – chaired by Luca Corby – lack of support for the motion. Having framed the lockdown debate as a divide between “left and right”, SAlt called the left-wing EC’s lack of firm support “pretty appalling”. Disappointed at its lack of allies in debate time, the personal attacks continued with a SAlt member calling out the Disability Officer, Sinead Winn, for her lack of support in the Zoom chat. This move prompted General Secretary Meghan Malone to turn off the chat function entirely.

Despite such disagreements, the sentiment that young people should be given adequate time to get vaccinated, before the state reopens, was shared across the SRC. As a result, the motion was eventually passed. ANUSA is now obliged to become a signatory to the ‘NSW Lockdown to Zero’ campaign statement and to publicise it on its Facebook account. It will also “call on” ACT Chief Minister Andrew Barr to “support a COVID elimination strategy”, although Barr on 27 September announced a pathway out of lockdown to occur on 15 October.

Chido Nyakuengama and Katchmir Russell, ANUSA’s respective BIPOC and Indigenous Representatives, brought forward a motion for ANUSA to support the recently completed ‘Racism Report’. Both Nyakuengama and Russell expressed their dismay at the volume of responses they had received when compiling the report.

“This report only covers a fraction of it and that’s shocking because you can see the number of responses in the report”, said Russell. They also stressed the importance of reading the report, “especially if you’re not BIPOC”.

For Nyakuengama, the report’s main priority is to reform the processes by which ANU deals with instances of racism. She said she wanted “ANU to actually take this seriously” and for it “to direct funds towards this issue”.

Nyakuengama also noted the lack of BIPOC representation on the Access and Inclusion Committee to which she reports instances of racism: “When I report racism as the BIPOC officer to ANU, I am reporting those instances of racism to a white person…it’s not appropriate for racism to be reported in that way”. The motion was passed without criticism.

In conjunction with the COP26 global climate summit in November, SAlt introduced a motion for ANUSA to “endorse and promote” a university-led climate protest on 6  November (which would coincide with protests being held across the country). Continuing the trend of EC/SAlt clashes, Environment Officer Luca Corby brought forward an amendment asking that ANUSA only support the protest should SAlt allow others to be involved in organising the event. This was met with uproar from SAlt, with member Grace Carter calling it “very sectarian” of ANUSA to restrict its autonomy. They then labelled the entire amendment a “hissy fit”.

In response, Ben Yates called SAlt’s organising structure “culty”. He was joined by other Grassroots members who questioned why SAlt was opposed to collaborating with others.

“It beggars belief why you wouldn’t want to open [the organisation process] up to more people”, said Indigenous Representative Katchmirr Russell.

Ultimately, the motion for ANUSA to endorse the protest was passed, along with the amendment that SAlt take a collaborative approach in organising it.

A common theme of the Executive and Department Officer reports was the effect that nationwide lockdowns have had on their agendas. Various events planned for the upcoming term, such as Queer Ball, have been postponed due to their incompatibility with an online format. However, there was a clear determination across all departments to transition online. The Indigenous, Environment, and International portfolios discussed various social events that they had already held online, and the disabilities portfolio committed itself to holding ‘Spoon Week’ online in week ten.

Vice President and 2022 President Christian Flynn, who has been Acting President while ANUSA President Madhumitha Janagaraja is on leave, discussed his efforts in helping residents in their tenancy battles with ANU. While many residents have been unable to return to the state due to border closures, they are still being “forced to pay rent”, Flynn said. ANUSA pledged to continue to work with any students in this situation in the hopes of finding ways for them to cancel their contracts and to support any financial hardships they may be facing.