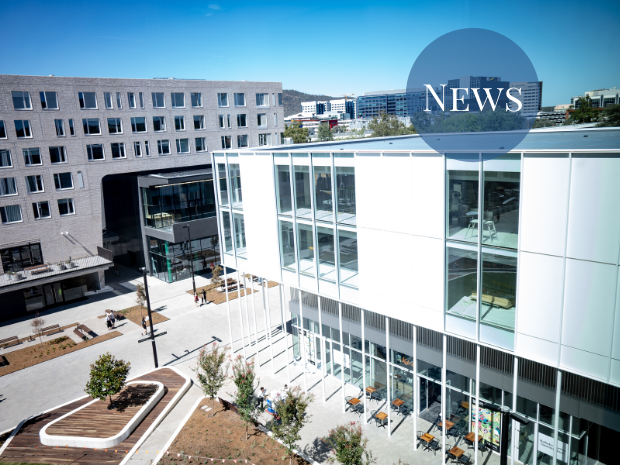 On Thursday 16 September 2021, ANUSA’s Bla(c)k, Indigenous and People of Colour (BIPOC) department released a Racism Report. The 36-page document contains incidents of racism and racial discrimination reported to the BIPOC Department between 1 December 2020 to 30 June 2021 by ANU students. In SRC 6, ANUSA passed a motion to accept the report and “acknowledge the culture of racism and discrimination that permeates all areas of the ANU”.

This is the first Racism Report from the Department representing “the opinion and experience of students affected by what were to them incidents of racism or racial discrimination”. The report contains incidents from both BIPOC and non-BIPOC students and were collected via direct messages to social media pages, emails to the BIPOC officer Chido Nyakuengama, or disclosed at department meetings.

The Department collected and analysed data from 73 incident reports, 57 of which are presented anonymously in the document. There were 18 incidents reported to the Department, but which were not included in the report as they are ongoing.  The Department claims to have heard over 100 other incidents that were not formally reported.

The BIPOC Department was established in 2016 as an autonomous, non-political community group responsible for raising awareness and addressing issues affecting ANU BIPOC students.  The Report contains a glossary of relevant terms, including definitions for anti-Semitism, Asian hate, colourism, gaslighting, racism, and racial discrimination.

It also contains a letter from Nyakuengama, who criticised the “severe lack of ANU-run resources for BIPOC or Anti-racism” initiatives.  Nyakuengama also called attention to the absence of a BIPOC Department-equivalent within PARSA or a designated Diversity and Inclusion unit with specialist staff.

Nyakuengama highlighted the failure of the University to provide a specific “ANU-wide anti-racist policy”, “anti-racism training”, or a racism reporting procedure.

“In my opinion [there is] no acknowledgment of an existing culture of racism [at ANU]”, Nyakuengama said.

Nyakuengama claims she has received requests “above [her] pay grade, age, qualifications and capacities”, including multiple requests from Residential Hall Managers, Senior Residents, teaching staff, researchers, and clubs on campus for advice on resolving issues, contributing to studies, preparing teaching content, and locating and providing resources and contact information. Nyakuengama believes the University’s Social Inclusion and Diversity Working Group does not have the capacity to deal with incidents of racism due to the scope of the situation and claims “there is nothing substantial being done by the ANU itself to resolve the issue”.

Of the 57 reported incidents, 26 were allegedly committed by other students, including 1 senior resident, 1 student performance group, 1 political group, 1 unnamed club, 1 organisation leader, and 2 ANUSA members. 10 incidents were committed by academic staff, including course convenors, lecturers, tutors, and PhD candidates. 10 occurred within academic settings such as lectures, tutorials, and conferences, and 9 within college settings, including residential halls and interhall events. 14 other incidents took place on campus, including in Kambri, within bars and stores, at student organisation meetings, and at Market Day. 5 incidents involved use of the n-word by students and staff, and 4 reports involved National Socialist Network material on campus.

The report included statistics gathered from all published and unpublished incidents the department was made aware of, finding 54.4% of perpetrators were students, 15.8% were staff, and 29.8% were unknown. Incidents overwhelmingly occurred on campus (68%) and over a quarter occurred online (26.3%).

Only two reports included details of action taken in response. Following a reported incident of a student making “monkey noises” towards a POC at an interhall sports event, a student-managed tribunal reduced the student’s DISC score and the student was required to provide a formal apology. In response to an incident involving a PhD candidate who allegedly “spread rumours and gossip about the BIPOC members of the lab”, the complainant claimed “no action was taken by the Senior University Officer, the Higher Degree Research Officer, or group leader”.

The Report referred a page on ANU’s website with information on Reporting Incidents of Discrimination and Racism, advising students to contact the ANU Wellbeing and Support Line, the Dean of Students, ANUSA, PARSA, the Respectful Relationships Unit (RRU), or external bodies such as the Australian Federal Police or Australian Human Rights Commission.

The Dean of Students can provide informal, confidential, and impartial advice and support on dealing with incidents informally and formally. ANUSA and PARSA can both provide legal advice, and the RRU can also provide information and help debrief following an incident. The BIPOC Department raised 17 issues with the page, noting there is “no explicit process to follow”, “no incident reporting form”, “no way to anonymously report”, “no reference to BIPOC”, no specific anti-racist policy, and the insufficiencies or inadequacies of ANUSA, PARSA, the RRU, and the Dean of Students. The BIPOC Department claimed the lack of structure in reporting incidents of racism meant “when things are ‘dealt with’, usually there is no result” and incidents are usually dealt with on a case-by-case basis by various colleges, schools, and residential halls.

ANU’s policy on the Prevention of Discrimination, Harassment and Bullying cites the University’s commitment to the implementation of strategies such as “training and awareness-raising strategies”, “grievance management procedures which are based on the principles of procedural fairness” and “treating all grievances in a sensitive, fair, timely and confidential manner”.

The Student Complaint Resolution procedure encourages students to contact ANU Security, the Dean of Students, ANUSA, PARSA, Access and Inclusion, the counselling centre, and other relevant staff.  Students can also make complaints of unfair treatment, discrimination, harassment and bullying here. Students may receive an informal resolution, such as receiving advice or a mediating discussion between the relevant parties, or may escalate the situation to formal avenues including an investigation, and if necessary disciplinary provisions.

Six universities, not including ANU and the University of Adelaide, are signatories to the “Racism. It Stops with Me” campaign. The national campaign provides information and resources to help institutions, schools, and advocacy groups prevent and respond to incidents of racism. It was developed by the AHRC in partnership with a number of organisations, including various universities. Four universities (Western Australia, Monash, Queensland, UNSW) have an anti-racist policy, dedicated diversity and inclusion units, and reporting procedures. No university in Australia has a dedicated anti-racism unit.

The BIPOC Department put forward 14 recommendations, calling for “immediate and effective change”. They include a University-wide comprehensive, specific and explicit anti-racism policy; a dedicated anti-racism unit; an anonymous online incident reporting system; annual summaries of incidents reported to halls, colleges, student groups, and businesses; mandatory anti-racism training and education for staff and students; and becoming a signatory to the “Racism. It Stops with Me” campaign. The report also called for an acknowledgment and apology from ANU for previous incidents of racism, a commitment to the hiring and enrolling of BIPOC staff and student, and a designated anti-racist specialist to oversee the implementation of these changes.

Nyakuengama presented the report at ANUSA SRC 6, held on 22 September, and put forward a motion for ANUSA to accept the report, acknowledge the culture of racism and discrimination at the University, and “take all reasonable effort to communicate the report and its recommendations to relevant bodies at the ANU”. The motion was successfully passed.

Nyakuengama stated the BIPOC Department will continue to put pressure on the university, and condemned the University for not responding to the report following its publication. Indigenous Officer Katchmirr Russell vocalised support for BIPOC, saying “this report only covers a fraction of it”.

Environmental Officer Luca Corby asked Nyakuengama to clarify the Department’s priorities regarding the 14 recommendations put forward, to which she replied that the main priority is for the ANU to direct funds towards the issue, and to “hire a BIPOC person” and create a dedicated space for dealing with reports of racism and racial discrimination. Nyakuengama also declared that “it’s not appropriate for racism to be reported to the RRU”.

An ANU spokesperson has responded to Observer, stating that the University “denounces any form of racism” and is “committed to stamping out these unacceptable behaviours”. The University is currently reviewing the recommendations put forward by the BIPOC Department.

The BIPOC Department is continuing to collect incident reports from students through an online survey.