Details Emerge of the Positive COVID Case at Wright Hall 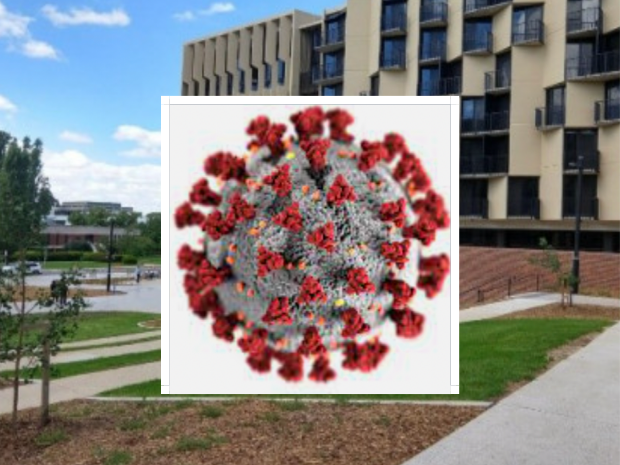 During the morning of 7 October it was confirmed that a resident of Wright Hall had returned a positive test result for COVID-19. The individual has now been moved out of Wright Hall to complete their quarantine in a self-contained apartment.

An ANU spokesperson from the ANU COVID Response Office joined residents from Wright at 2pm in a hall-wide meeting via zoom to discuss the developing situation. Here it was confirmed that the positive case was a resident of Wing C on floor one (1C). Wing C is the only wing on floor one, with the rest of the space consisting of laundry and common room facilities.

The positive case was infectious from Monday to Wednesday, attendants of the meeting heard. It is so far unknown to Observer whether they were infectious in the community.

The ANU spokesperson also confirmed the residents in 1C will be able to leave quarantine “as soon as ACT Health says it is safe for them to do so”.

All other residents of Wright will still remain under the regular lockdown measures, as outlined by ACT Health, but are only allowed to eat in their rooms and cannot access the dining hall or use the common spaces.