The Benefits and Burdens of Anonymity: Insights of an ANU Confessions Admin 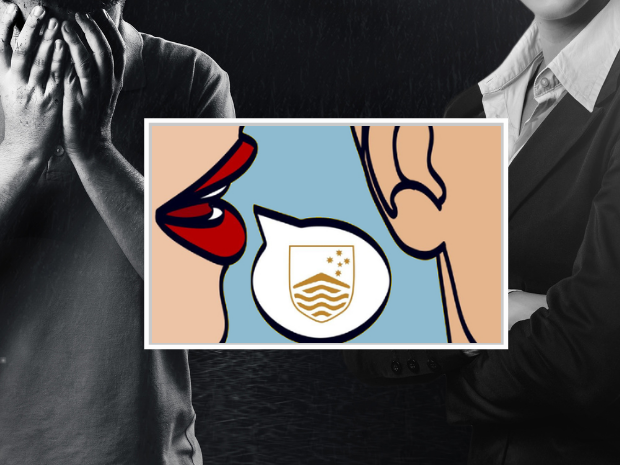 There are a lot of things that people would confess if it couldn’t be traced back to them. For the ANU student, nothing reflects this sentiment quite like the Facebook page, ANU Confessions.

While the page is typically used by students for comedic relief, it is not uncommon to find reflections on loneliness and friendship, descriptions of difficult romantic and academic circumstances, and frustrated venting. Anonymity, for the people who submit between 30 and 60 secrets to Confessions per day, allows them to be unabashedly honest about how they feel.

Talking to the Confessions head admin, it’s clear this is how Confessions was intended to be. After the death of the first ANU Confessions page, he describes how he and one other person began their Confessions page as a social experiment for a class in 2019. They bear no relation to the admins of the first Confessions page, but wanted to look at how anonymity and the absence of ‘real-life consequences’ could change social behaviours through their own iteration of the page. Submissions to the page eventually expanded beyond the scope of what the assignment required and the head admin stayed on to helm what is now a central part of ANU’s online presence.

The head admin professed to holding an “optimistic” view of Confessions. He readily admitted that the page doesn’t always get it right when publishing certain confessions, and that they remove posts retrospectively in response to complaints, usually once or twice a month.

Despite this, he is proud of the way the page has historically been a positive force, particularly how small communities of ANU students with common interests have formed because of the page. Just this month, a confession inquiring about interest in the formation of a knitting club received such positive feedback that the original poster revealed themself in the comments, and confirmed they would proceed with the club due to the level of interest. The head admin, and all the other admins of the page, take a lot of pride in moments like these.

While there are positives, the admins often wrestle with meeting the expectations of multiple parties who have a stake in the page. Adhering to their own policies, alongside those of Facebook and ANU students is a balancing act for the admins that they’re not always successful at.

The page has been affected time and time again by evolving Facebook regulations, which sees the page get hit by ‘strikes’ against the content of some confessions. The admins have criticised some of these strikes as an uneven application of policy. In one instance, a confession from a bisexual woman who expressed that “cisgendered white men were terrible in bed” resulted in a strike against the page for hate speech. In another confession, a woman who stated she had deleted her ex-boyfriend’s sports app from his phone out of revenge resulted in a strike for the promotion of crime.

These followed an observed pattern wherein Facebook will tend to “strike now [and] ask questions later”, according to the head admin. Although they can appeal and get strikes removed from the page, the strikes nevertheless put the page in jeopardy. Moderators, attempting to avoid another strike, began the habit of pulling up a copy of Facebook guidelines to assess against each confession before approval. This resulted in more confessions being rejected.

The policies of the page alongside the stricter enforcement of guidelines by Facebook has had the tendency to clash with student expectations. The page ran a ‘detoxification’ survey for followers to express their grievances with moderation, where the head admin said a great number of respondents were frustrated that the page did not echo the more lenient content policy of its Confessions predecessor.

It’s not always easy to explain why certain confessions will not make it onto the page. Sometimes it’s to protect them from violating strict Facebook policies; too many strikes against the page, and it will be deleted along with their personal accounts connected to it. Other times, it’s the self-professed “optimistic” view of the page as a positive force, and a desire to remain distanced from the controversial legacy of Confessions 1.0, that sees the admins clamp down on overtly vicious confessions. They have no interest in being “ANU’s Gossip Girl”, the head admin said.

Residential hall executives and university officials have reached out to the page in response to negative confessions in the past. An ABC journalist once reached out for their perspective on SASH at universities. Some hall executives have requested the names of people who have submitted particularly accusatory confessions. Ultimately, the page has turned them all away due to an inability to fulfill their requests.

This is where the greatest complexity of running the Confessions page lies: the complete anonymity of the page that liberates its confessors, contrarily has the effect of paralysing its admins at times.

The page received a suicide note to its CrushNinja submissions portal earlier this year. They reached out to ANU Counselling and the police with the information they did have, but providing any immediate help to the confessor was difficult due to their anonymity. The head admin said this instance was a wakeup call for the page to adapt their policies, and played a large role in their decision to move their submissions portal to UniTruths. Under UniTruths, suicide-related keywords would trigger a message that provided links to mental health and crisis resources. At the time, the admins were incredibly concerned for the confessor’s wellbeing and were emotionally affected by having read the note.

The page has given admins good reason to be concerned about their own anonymity too. Harassment and threats in the submissions portals has been targeted at them personally in the past. The head admin told Observer about an instance where up to 20 confessions a day containing similar topics and threats were submitted to the portal for multiple days on end, with admins suspecting they were all from the same confessor. This confessor directed their posts toward the evils of the Chinese Communist Party and was mean-spirited toward international students. The confessor then included violent threats against the university if the admins did not post the confessions to the page. The admins didn’t concede, but similarly reached out to ANU and the police with the information they had. Reasonably so, the people behind the page are incredibly protective of their anonymity these days due in part to situations like these.

Observer’s interview with the head admin only took place under specific circumstances that aligned with their request for complete anonymity. The “last thing [they] need” is for people to know what classes they take or residential halls they may belong to, the head admin said.

Although we discussed the various characters who have come into contact with the page at length in our interview, the head admin refrained from providing the names of anybody who has reached out to them. In his words, “if we’re willing to reveal some information to others, people would wonder what else we’re willing to share”. The trust that they’ve built with confessors for anonymity to remain at all costs is not something they’re willing to compromise.

Even if this means they’re ones who bear the consequences of anonymity at times.

When asked about the page’s relationship with the ANU community at large, the head admin described it in terms of a classically ambiguous Facebook relationship status.