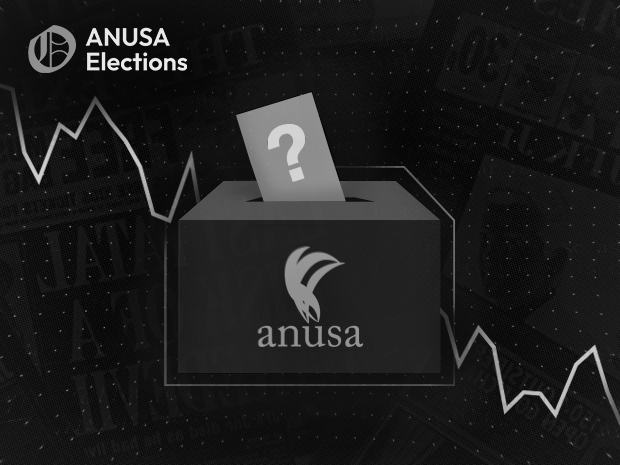 Despite ANU’s vibrant political discourse on campus, it appears that student engagement in ANUSA elections is lacking. There is a significant disparity between the number of students eligible to vote and those who actually do.

At last year’s ANUSA election, only 11% of the 10,052 undergraduate students at ANU voted. The struggle to engage the general student body was also highlighted last year, with electoral engagement deemed a “major issue”.

Since 2006, Australian universities have participated in the Voluntary Student Unionism policy (VSU) – designed to reject forced unionisation and end compulsory non-academic fees for students. According to Honi Soit, the student newspaper for the University of Sydney, voluntary student union membership has reduced student voting nationwide. It also resulted in student unions facing significant losses to their funding and membership.

ANU rejected the VSU and has continued to assist ANUSA to meet funding requirements since 2006. This has meant that all undergraduate students at ANU are automatically a member of ANUSA, and also pay the annual Student Services and Amenities fee (SSAF).

Why has student engagement in ANU elections remained low if undergraduates are still enrolled as union members and paying fees?

Other universities, domestic and abroad, have experienced similarly low student engagement in elections.

At USyd, only 7% of the student body voted in their SRC elections this year. At UQ, only 28% of UQ’s 52,000 students voted in their 2018 student elections. This trend was also seen at Cambridge University, which recorded 13.5% of the student population voting. Similarly low results were recorded at Harvard, with less than one-third of the student body voting in their elections. Students at Harvard also voted against being able to elect the Council’s Chair – which was appointed internally at the time – thereby actively reducing their involvement within the democratic process of the union.

Broadly, compulsory voting systems at universities are few and far between. Studies from the U.S. have characterised student elections as “notoriously low turnout events”, and student publications have opined the low voter turnout at their own universities overseas.

Honi Soit has also raised the possibility that making voting in student elections compulsory is the answer to the “woes of student disenfranchisement”. Another option could also be to withhold results from students until they vote.

Louise, who is in her second year at ANU, spoke frankly on why she didn’t vote in the 2021 ANUSA election.

“The process to vote is so time consuming…honestly I could not be bothered.”

Louise also said she didn’t think that introducing compulsory voting at ANU was a good idea.

Lily, who is also in her second year, said she thought voter apathy could be because “stupol seems like a far away group” due to the perception of student politics as “a competitive environment to outside students”. She also expressed her view that “student politics [are] overrun with SAlt [Socialist Alternative] members, making forums inaccessible”.

Lily also thought that the campaigning patterns of the elections, including the “constantly overwhelming Facebook pages”, could cause the general student population to lose interest.

She also shared negative sentiments toward the notion of compulsory voting.  “I think compulsory voting is a stupid proposal, especially withholding [results]”, Lily said. “[It] creates an environment of lackened libertarianism and forceful voting leads to ill-informed voting”.

Alongside compulsory voting, other suggestions to address turnout have noted that positive incentives – such as cash lotteries and giving students more power over campus decisions – might also be effective.

Voting for the 2022 ANUSA election opens on Monday 26 September.

ANUSA was contacted for comment but did not respond in time for publication.