Why does Kambri flood so often? 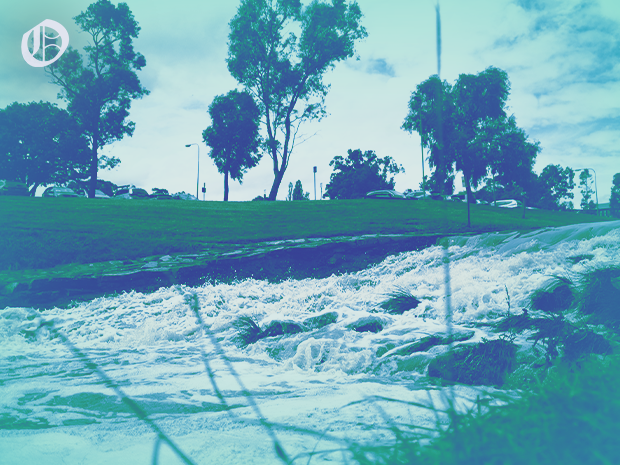 Why does Kambri flood so often? It’s not due to poor design, Observer has found.

Kambri opened in February 2019. The tiered grass seating overlooking Sullivans Creek – also known as the Kambri amphitheatre – is one of the spots purpose-built for students to “soak up the village atmosphere”, according to their website.

However, the amphitheatre has since established itself as a recurrent topic among the student body more for its reputation for flooding when Sullivans Creek overflows. Recent months have only seen the cycle of amphitheatre flooding and student conversation on it continue, with heavy rain becoming a mainstay of Canberra’s climate in the time of La Niña.

A satire publication at ANU, ‘The Daley Road Daily’, has likened the amphitheatre flooding to an overwhelmed student reaching “all-time stress levels”. Around campus, the assumption has seemed to be that Kambri’s construction did not account for the amphitheatre becoming submerged when it rains.

Talking to a few experts has revealed the opposite.

Apparently, the amphitheatre is intended to flood.

Dr Andrew MacKenzie from the Fenner School of Environment and Society attested that the tiered seating of the amphitheatre floods when it rains because “it was designed to.” 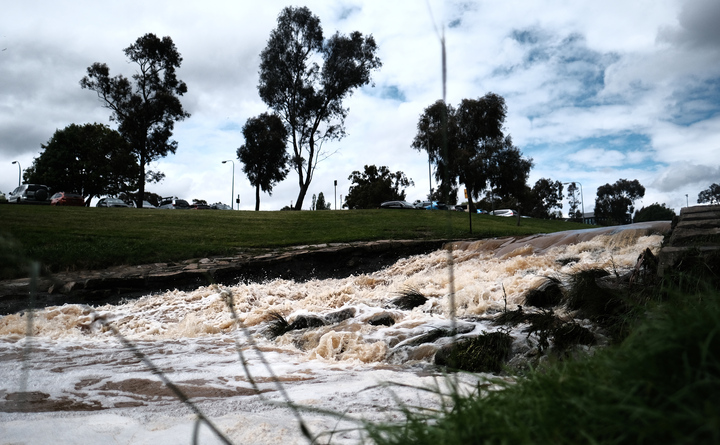 Dr MacKenzie pointed out that the bars and restaurants have been “elevated high enough above the footpaths…recognising that effectively the campus is in a flood-prone area at the base of Sullivans Creek.”

He said that Badger & Co’s elevation is also designed to account for the creek. Although the campus bar appears to have been “set up high to provide a nice view over the creek and the campus”, it was built to “stop the area from being flooded”.

“[The amphitheatre] might look dramatic when it floods, but that’s exactly how it was designed to be”, Dr MacKenzie said.

“It was designed to flood – all the public spaces, pavements, the way that the pavements fall, the size of them…they’re all designed to be able to go underwater and then be able to be cleaned up with minimal damage.”

“The amphitheatre is currently performing exactly as it was designed to do and there are no drainage issues with Sullivans Creek.”

Dr Barry Croke from the Fenner School of Environment and Society and Institute for Climate, Energy and Disaster Solutions, specialising in water resource management, said “[Sullivans] creek runs from the north of Canberra….divert[ing] flood water to Lake Burley Griffin – the problem is that ANU is in the way”.

He claims there is “no way of managing the creek to prevent floods,” but recalled “during [Kambri’s] construction, the creek was widened, the banks were reinforced…and a barrier was installed to help maintain a certain water level”. Thus, he presumes “[it] was “designed to make a recovery from a flood fairly easy,” with the “main concern [being] damage to the wood deck area”.

Although he isn’t certain “why that location was selected,” he assumes “it was probably the easiest” and that alternatives, such as “building a basin in Fellows [and] losing the oval [was] probably not the preferred option”. 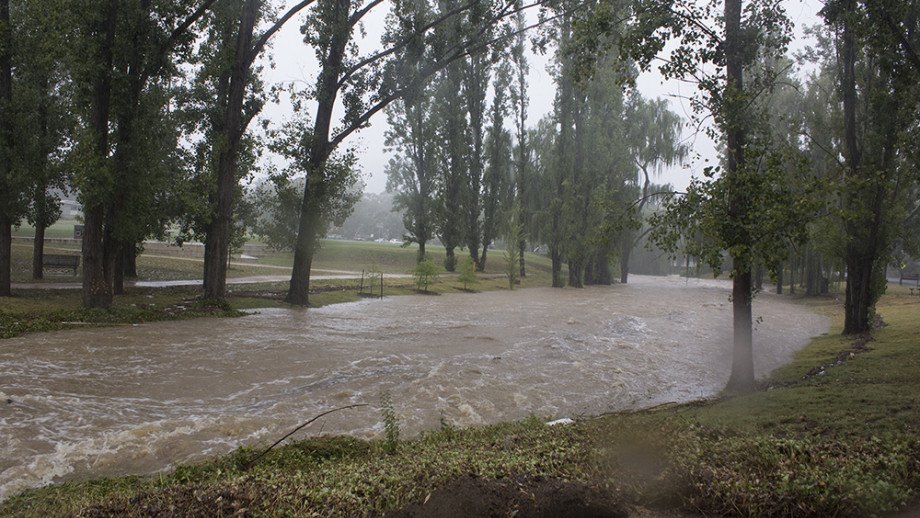 He also “guesses… the design was intended “to make a more pleasing environment than what was essentially a stormwater drain originally” and “to make the space more useful than just having the creek bank there,” with the “occasional cost ​​that in a flood it will be underwater”.

The consensus from experts in the field seems to be that the water from the creek must go somewhere, and the amphitheatre’s design accounts for inevitable flooding.

Dr Croke claims “Kambri is well-designed to handle most floods…well beyond [the] level…of future flood increase predictions,” and an ANU spokesperson affirmed the university “takes appropriate measures to cordon off the amphitheatre…during such periods of heavy rain”.

A University spokesperson also emphasised that the wet period of the last several years is not typical.

The area of the university where Kambri now sits experienced far more extensive flooding in February 2018. Chifley Library suffered uniquely severe damage in the flood, losing thousands of books from the library basement. Dr Croke claims “the 2018 flood that impacted Chifley library indicates that the water level got a lot higher than the bottom of the amphitheatre”.

ANU officials warned at the time that the clean-up could take up to 12 months in at least one building.

Sullivans Creek has broken the banks and caused flooding even further back in ANU’s history according to the ANU Archives, with severe incidents also recorded in 1947 and 1961.

It appears evident that the creek will continue to overflow in the future, particularly as ANU experiences another La Niña summer.

At least the amphitheatre is prepared for the next flood…

Correction: The original article included quotes without express permission from the interviewee. This has now been fixed. We apologise for the error.