Snakes, Shoeys and Shots at Mooseheads: Stories of Inward Bound 2022 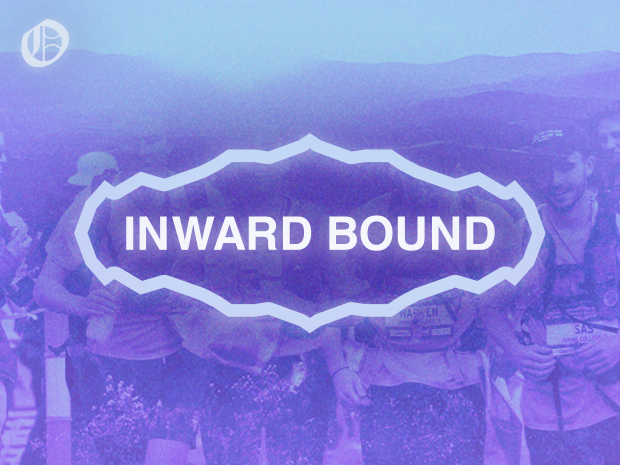 IB participants talked about the competition with Observer, recounting stories of swimming across deep channels of water, discussing their favourite Communist leaders as a distraction, and beginning the race only hours after a long stint at Mooseheads the night before.

Each hall competing in IB has 7 divisions based on the distance they cover in the races. Division Seven runners cover roughly 30 kilometres in a day, whilst Division One runners can cover up to 100 kilometres. There is also no set route for the teams, meaning participants have to navigate around exclusion zones and private property to avoid disqualification.

There are up to four runners in each division. A college can win by collecting the most points, which is calculated using an algorithm of the time it takes to run and the division you are in. Points can be deducted for crossing boundary lines or taking too long.

They are reportedly the “only team in IB history to be instantly disqualified & then requalified at the finish line.”

Coleman went to Coles the night before to grab a six-pack of Great Northern Zeros, then carried them the entire way just so he could do a “shoey at the finish line.”

“The IB Exec disqualified us because it was a no-alcohol event, but thankfully they saw the funny side of our little plan once they realised they were non-alc[oholic].”

Observer spoke to Wright Hall participant George Lindsay from Division Seven, who ran around 35 kilometres in 5 hours and 45 minutes.

Lindsey said that being blindfolded for 7 and a half hours on the bus ride there, was “disorienting” and “possibly the trippiest experience” of his life.

When asked about any unexpected events encountered during the race, Lindsay described the “lagoon crossing” as unanticipated for his team.

Lindsay adopted the “lie on your back and kick whilst holding your backpack in the air” method. “There was no right or wrong way to get across in one piece, everybody had their own unique river-crossing style.”

Crookes’ team ran into other colleges around 40 kilometres into their race, and continued “running with the Bruce Division Four team and John’s Division Three team for quite a while”, she said.

“We got to a water crossing and Conor [B&G resident] being the legend she is, just powered on and jumped straight in (up to her waist), while the other two teams behind us gawked at how deep the water was.”

“We lost them for good after that.”

Rozie Higgs also from Burton and Garran Hall was both a coach and a runner in Division Six, which was roughly 37 kilometres in 5 and a half hours. Higgs’ team won the Division Six race.

Observer asked Higgs’  team about their strategies which were “focused on who/what we wanted to see at the endpoint,” including friends, partners, dogs, and chocolate milk.

However, the final highlight for Higgs was seeing “B&G Ressies, young and old, in full redback force”, which made her “extremely proud to be part of the IB cult at this hall.” 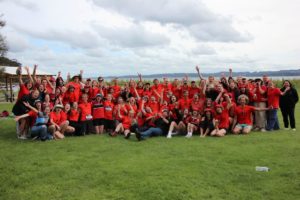 Olivia Hamilton also ran for Division Six for 40 kilometres. Hamilton said a highlight of her race was  “for sure the beach detour”, and how “truly chaotic” the bus ride was .

Getting to the IB location, according to Hamilton, included  “getting bogged, hanging over a cliff, being suffocated by the blackout tarp and having to pee in a circle on command”.

A persistent running strategy for the UniLodge team was “the pressure to maintain UniLodge’s reputation…with power lines and the smell of the ocean guiding us through the bush”.

The strategy for Division Six at Ursula Hall involved  “trying not to complain,” or comparing their race to “Ned Brockman who ran 100 kilometres a day for 46 days, or David Goggins who strapped his broken feet and kept running”.

A common theme across colleges was having residents join IB with little notice. John 23rd’s Will Blackwell got called up 2 days before the event.

He agreed to do it after running 6 kilometres and thinking he would be “sweet to run 50 kilometres for Division Five.”

Johns Division Five member Roulstone said that trivia was often used throughout the race, one of them being “who is your favourite communist dictator/leader?”

According to Roulstone, the “obvious answer was Fidel Castro”.

Zoe Crooke from Burton and Garran Hall also got through the 57 kilometres by contemplating “fun icebreaker questions”.

“Everyone told me that if I was a dessert, I’d be an apple pie”, said Crooke, which she apparently still does not know what to feel about.

The colleges did get competitive within the Division Five bracket when 3 different teams met up coincidentally. This resulted in a sprint to the finish line.

Roulstone from Johns said sprinting through the mud was “literally the hardest thing of my life,” at the end of a 50-kilometre run they had already endured.

Bull revealed how his Division has somehow managed to have a “fantastic time despite being hungover from the night before,” after staying at “Moose[heads] until 2am”.

When asked for any tips he would recommend to any future runners of IB, Bull said they could mimic his Division’s strategy of singing Frozen “multiple times…or any Moose song they [can] remember.”

Kelvin Peh from Bruce Division Two, described having a “challenging but rewarding experience” over the course of the IB weekend.

“Turning that last corner and seeing the endpoint is an experience you never forget,” he said. ”Seeing all the supporters from Bruce and the other colleges is something special”, which was only made better by his Division winning their race.

Griffin resident Guyver Fu recalled on the bus ride to the unknown IB location all the bonding experiences that came with it.

“I think people found the camaraderie of peeing on the road, side by side, with the other colleges in the cold, and then getting dropped in warm weather a surprise and memorable,” Fu said.

Fu recalled a funny memory that he shared with his team during their journey.

“We took a wrong turn and then accidentally discovered a creek crossing at the perfect time, as we were just out of water.”

“B&G did close to 100 kilometres, kept their grit and finished…Their IB spirit is very deserving of praise.”

Lilia Piper, the race coordinator from Burton and Garran Hall, told Observer the role had “slightly consumed” her life.

With her responsibilities of “having to organise early morning meetings, 2am drops, and post IB maps and beers”.

Piper also discussed how she thought her college’s second mock IB drop “will go down in the history books.”

“Two of our cars broke down,[and] we were out of reception. We managed to get everyone back to college by around 8 am, [but] it was one of the most stressful nights of my life”, she said.

“From a volunteer’s perspective it feels like a military operation – but a fun one”.

Reflecting on it all, she said, “there’s nothing quite like making Inward Bound your entire personality.”