For context on the NUS, our explainer may be found here.

Two student association Presidents have said they do not support the set of KPIs to be brought before the NUS (National Union of Students) for conditional affiliation, which ANUSA agreed to last Tuesday. Other presidents claim a letter to the NUS attached to ANUSA’s SRC 2 agenda was just a draft, and that names would be removed or left in based upon whether they passed at the respective student councils.

University of Sydney SRC president Imogen Grant told Honi Soit last week that she was unaware of being a signatory to the letter, and favoured unconditional accreditation, without KPIs. In the wake of this, University of Melbourne Student Union (UMSU) president Desiree Cai also stated that “UMSU in no way had supported, let alone seen the KPIs found in that letter before my name was added to it”. ANUSA President Eleanor Kay clarified after SRC that not all the presidents had signed the letter, and that she didn’t “believe [she] ever stated to the ANUSA SRC that this had been agreed to by all the parties”. She also noted that “I was under the impression that all the Presidents listed were aware of the KPIs.”

Cai told Observer, “Imogen and I are in a similar boat with this letter so I would not dispute her statement at all.” The Flinders University Student Association (FUSA) President likewise stated that the FUSA Student Council had “not yet come to a collective, formal decision on whether or not we will sign the letter in question”. FUSA will next meet in early April.

O’Neill said that the letter was written following conversations between National Independents, while Stewart Lee stated that all the potential signatories were “quite close” and that planning had started at the NUS President’s Conference in January. Lee further said that the names upon the letter were those who collaborated in forming the KPIs, and that having all the names there was “standard letter drafting process”.

ANUSA President Eleanor Kay told OGM 1 last Thursday that “I believed I had been clear to the SRC that this was a draft [letter], I apologise if I did not”. On Tuesday the SRC voted to affiliate subject to the KPIs proposed by the coalition of universities before this controversy had come to light.

After the vote, Kay said that “It has definitely passed through some SRCs already, which is why substantive changes to the KPIs were not appropriate.” General Representative Ashish Nagesh told Observer he was unhappy with the inflexibility of the KPIs. “The message was loud and clear the exit KPIs could not be amended and were clearly not drafts hence why I struggled to pass my [amendments to the] KPIs”. 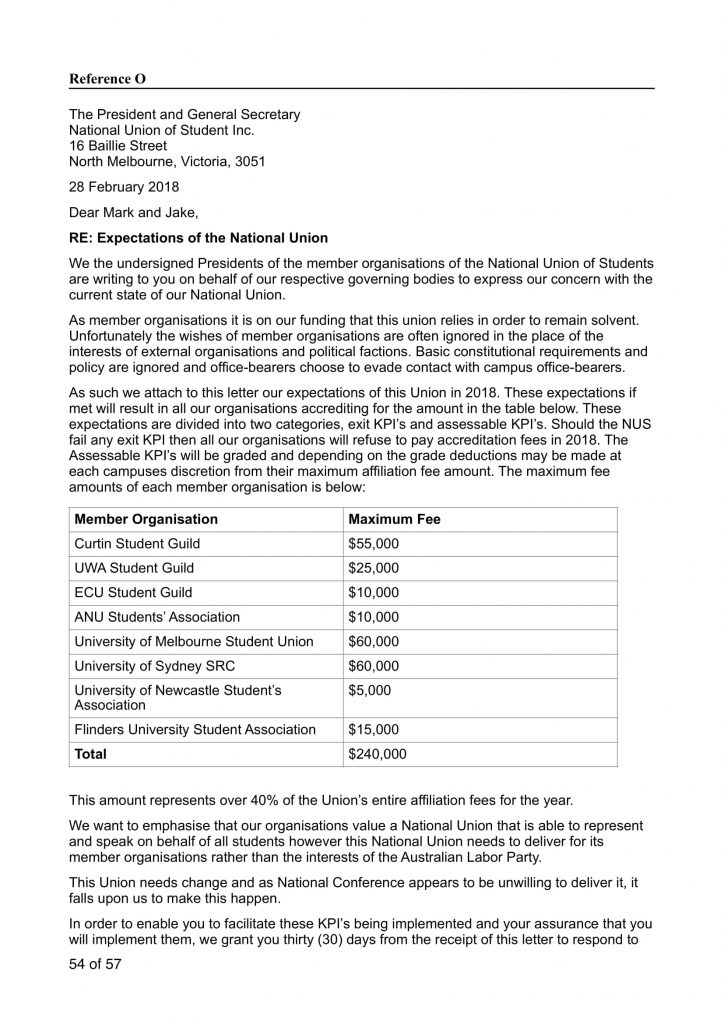 The letter attached to the Agenda of SRC 2, page 1. 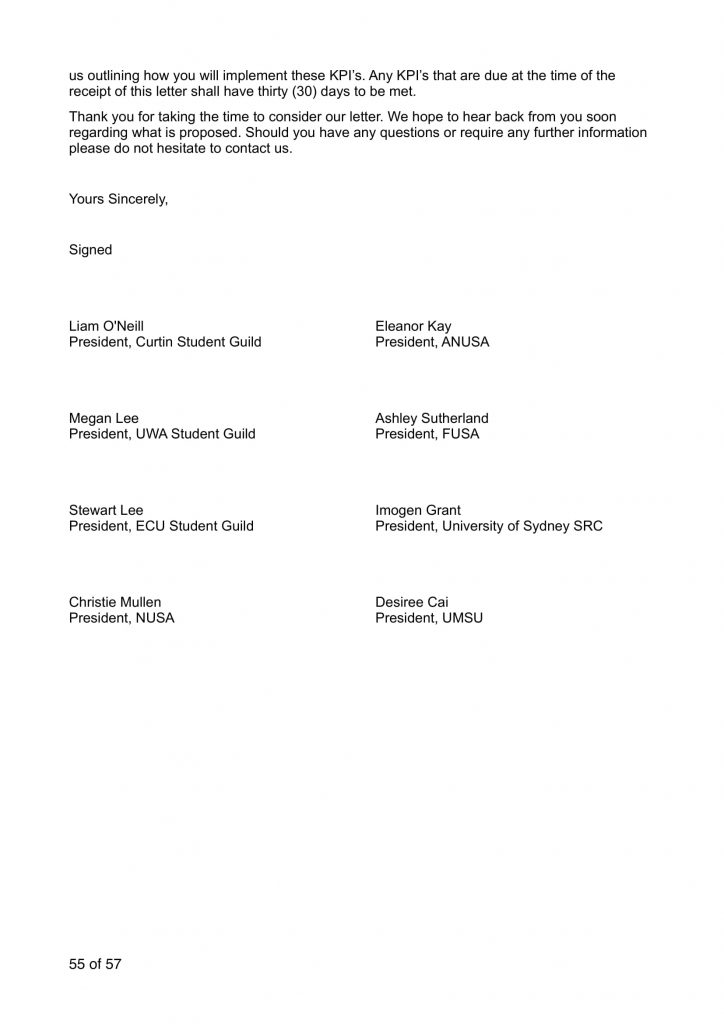 The letter attached to the Agenda of SRC 2, page 2.