The ticket says it stands for “reviving left wing activism in our student unions”. It calls for a “fighting, activist National Union of Students” to resist funding cuts, rising university fees and increasing class sizes. In a statement to Observer, the ticket stressed its commitment to free education, campaigning for universities to divest from weapons companies, and “rebuilding activist traditions” in student unions.

Left Action delegates would also support NUS campaigns against the Adani coal mine and for refugee rights. Left Action activists have organised a number of solidarity photos in various classes this week to protest the deportation of Commonwealth Games athletes seeking asylum.

Somerville has previously acted as a representative for Disarm ANU, a group protesting collaboration between the education sector and companies associated with defence. Carlton is listed on the Clubs and Societies website as the Treasurer of the Socialist Alternative club at ANU.

The page for the ticket was created in August 2017, and at the time announced that they were “a group of progressive social justice activists running in the ANUSA elections this year”. However, no Left Action candidates nominated for positions in the 2017 ANUSA Elections. The page was revived for the elections this year. 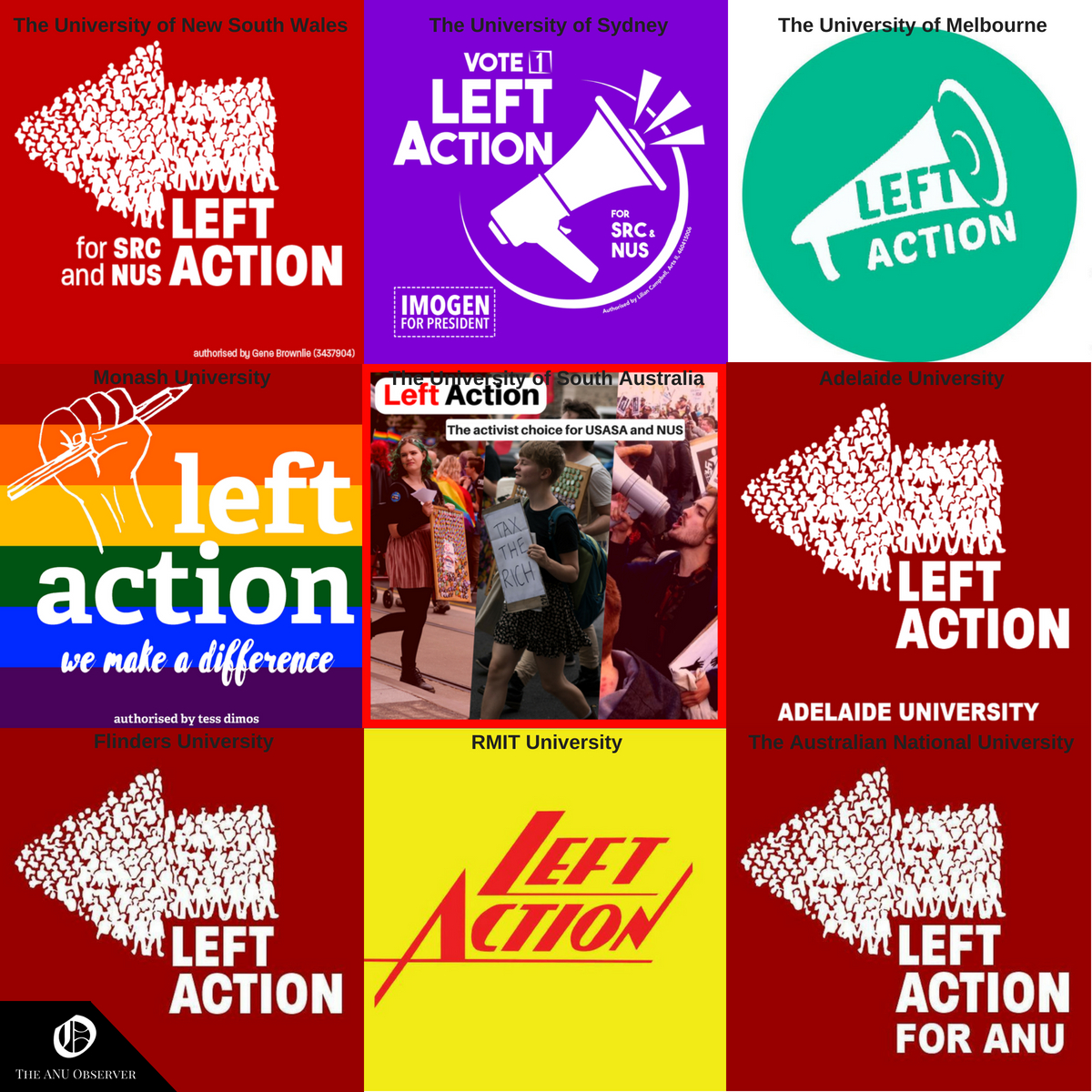 Left Action has been used as a ticket name by Socialist Alternative-aligned groups across the country.

‘Left Action’ has been used as a ticket name by Socialist Alternative-associated tickets at universities around the country in recent years, including at the University of Sydney, Melbourne University, Curtin University, and several others. ‘Left Action’ was also used as a ticket name in the 2010 ANUSA Election. At last year’s NatCon, Socialist Alternative-affiliated delegates accounted for 16.6% of all votes on the conference floor.

At this point, it is unclear if the delegates elected as NUS delegates from ANU will have voting rights. Last year, ANUSA refused to pay membership fees to the NUS after a number of transparency and accountability-based Key Performance Indicators (KPIs) were not met, and thus NUS delegates acted as observers without voting rights. This year, ANUSA collaborated with seven other student unions around the country to send joint KPIs to the NUS, although some of those unions later backed away from the KPIs. If these KPIs are not met, ANUSA says it will not pay accreditation fees, meaning that once again the NUS delegates would be observers rather than voting representatives.

This article was updated after publication to clarify that Left Action were not the organisers of the refugee solidarity photo on 10th August; they merely promoted the event on their Facebook page.