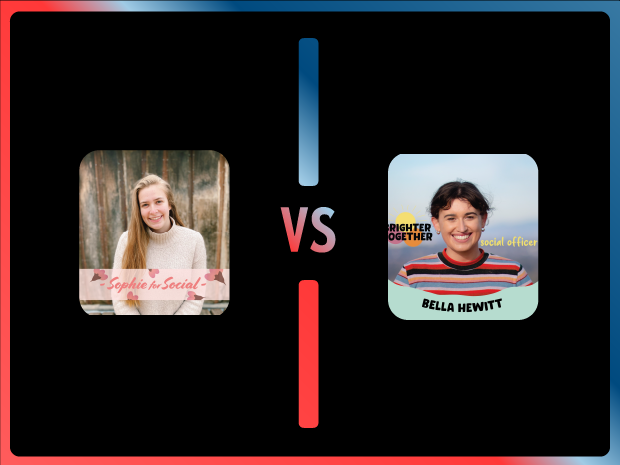 Current Social Officer and Independent candidate, Sophie Jaggar, faces Brighter Together’s Bella Hewitt in an attempt to secure herself a second consecutive term in the position. Hewitt is the current UniLodge Community Coordinator and, if elected, the role would be her first within ANUSA. This follows Maddy Watson from Proud’s withdrawal on 19 August from what had looked to be a 3-way race. Speaking about her decision to withdraw, Watson stated that she had realised she “could not commit everything to the role”.

What Does the Social Officer Do?

The Social Officer is responsible for organising ANUSA’s O-Week and Bush Week events and activities, including the popular annual Friday Night Party (FNP). They brainstorm and put event ideas into action, coordinate volunteers, secure headliner acts, and work with ANU’s Clubs and Societies to deliver the year long social calendar that attracts thousands of students to ANU each year.

The COVID-19 pandemic has transformed the portfolio as we know it, as the Social Officer must now come up with new and innovative ways to replicate the University social experience in a Post-COVID age. Only time will tell whether the transition to online events will stick, or gradually dissipate as the effects of the pandemic slow down.

Current Social Officer Sophie Jaggar, who ran on the Turn Over A New Leaf ticket last year, is running on the independent ticket Sophie for Social. During the ANU Observer x Woroni Debate held on 19 August, Jaggar said that she has “learnt a lot” in the role. She said that she will aim to implement policies that she was unable to implement this year due to COVID-19 restrictions. Jaggar has been endorsed by the Go the Distance ticket.

Running on the Brighter Together ticket is Bella Hewitt, who is currently a Community Coordinator at UniLodge. She has stated that the main objective of her candidacy is to “reinvigorate our campus with bright and bold events that have a focus on interconnectedness, collaboration, accessibility, safety and wellbeing”.

When the candidates were asked during the debate about how they would adapt to an anticipated decrease to ANUSA’s social budget, Jaggar argued for earlier planning of FNP. She asserted that, for example, booking a headliner act early would allow organisers to save “thousands of dollars”. Jaggar said that such savings could be “re-utilised” to fund other events. Hewitt discussed the need to “[think] creatively and efficiently” when it comes to running social events, and envisaged making the most of collaboration between departments by potentially making use of their inventory of supplies.

Jagger and Hewitt agreed that there was a “compelling case” to keep funding for the ANUSA Social Portfolio at its current level. Jaggar stated that the role allows the Social Officer to provide students with “a good social culture”, which would also serve to attract students to the University. Hewitt stated that she believes “socialising has never been so important”.

Due to the pandemic, the Social Officer will likely have to balance in-person events with online events, irrespective of social distancing requirements. Hewitt has argued that online events “must be a feature of next year’s O-Week calendar” as they are “more accessible for many different groups of people”. In addition, she has stated that she intends to actively put online events at the forefront of the social calendar to promote mental health and wellbeing.

Jaggar claims that she is the “most adaptable” candidate for running online events next year, stating that she intends to livestream all social events where possible.

The Social Officer role is most well known for their role in organising the annual Friday Night Party, due to  its popularity among ANU students. Jaggar has placed FNP at the forefront of her platform, as she aims to secure a headliner early, which she says will save money and reduce the logistical burden on the organisers. To this end, she proposes adding the responsibility of organising elements of next year’s FNP with the current one to fulfil these goals.

In the debate, Hewitt proposed booking more local, Canberra based artists for next year’s FNP in light of the financial hit many artists have suffered. Hewitt emphasised that she would do everything in her power to ensure FNP goes ahead next year – whether that be online or in person – stating that it is “vital to social culture at ANU”.

International Students and Other Marginalised Groups

Jaggar argues that clubs and societies are at the “core” of the University, and says that she intends to improve the experience for students with disabilities by implementing “compulsory accessibility training for clubs”. In terms of engaging international students with the social calendar, Jaggar said that “working with the international department is key”.

This article has been updated to state that Jaggar is endorsed by the Go The Distance ticket, and not Refocus as previously stated.