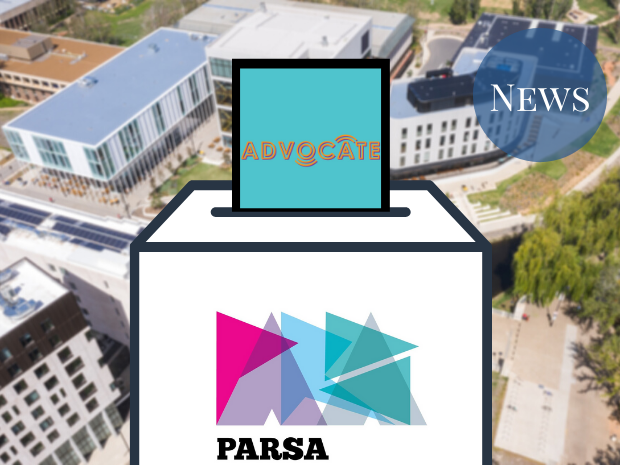 ‘Advocate for PARSA’ have dominated the 2021 PARSA elections, winning around 80% of the Postgraduate Representative Council (PRC) positions that were contested this year.

Advocate candidates have been elected to all four executive positions. Eve Walker will be the 2021 PARSA President, and will also serve as the Postgraduate Member on ANU Council (PMAC). Currently, Walker holds the positions of PARSA Education Officer and College of Law Coursework Officer.

After a week of voting,  ‘Advocate’ celebrated the election result by uploading an image of several glasses containing alcoholic beverages being toasted to their Facebook page. They stated that they would “release a statement about how proud we are to represent the ANU’s student body” on Saturday morning. In the post, Advocate also pledged to “stand by all” of their electoral promises. An overview of the policy platform for ‘Advocate’ and ‘ANU United’ can be found here.

In the expected Facebook post, made this morning, Walker extended her “sincerest thanks” to her “supportive team” and all those “who voted in this year’s election”. She also emphasised that the election result was not “my win” but “ours”, referring to all the members of her ticket. Furthermore, Walker encouraged students who “have any concerns about university administration or governance” to get in contact with her.

Four independent Directors of the PARSA Board were elected uncontested. They will each serve a two-year term, as outlined in the PARSA Constitution.

All electees will begin their roles in six weeks time, in accordance with the PARSA constitution. The full results can be found below. Electees marked with an asterisk were uncontested.

This article has been edited to include the Environment Officer

Graphics by Brandon How and Rebecca Zhong

Know something we don’t know? Email [email protected] or use our anonymous