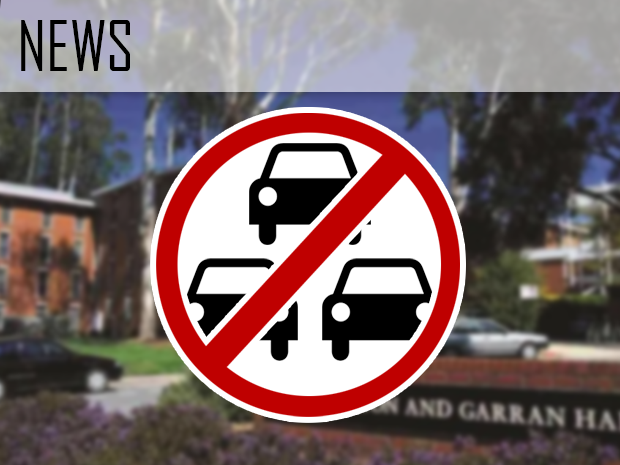 ANU has confirmed that the construction of a seven-story car park between Burton and Garran (B&G) and Wright Hall, as reported in March last year, will not take place. Students are unlikely to see a multi-storey car park on campus until the end of 2024.

Following a Freedom of Information request, the National Capital Authority (NCA) said that ANU did not submit any plans for construction of the B&G and Wright Hall car park. They further stated that ANU would be proposing a multi-storey car park more generally “within or near the south-western precinct of the ANU Acton Campus”. This car park will aim to be operational by the end of 2024 in order to meet SA8 and greater campus parking needs.

An ANU Spokesperson said that the University has had to “revisit the extent of the plans for all its capital works” following the economic fallout of the COVID-19 pandemic. According to the Spokesperson, ANU will seek NCA approval for the car park once they finalise consultation and construction plans, and decide on the car park’s location.

The Spokesperson could not confirm if the ANU planned to construct a car park on Daley Road between B&G and Wright Hall, saying that it is “one potential site for a potential car park”.

In a comment to Observer, 2021 Burton and Garran Hall Member’s Association President Kez Roy stated that the University only informed her at the beginning of 2021 that construction was not happening. Roy added that the project offered “no benefit to the [B&G] hall community” and that it is “better for both halls … that this project will not be going ahead”. Wright Hall Association of Members President Claire Noack also alleged that ANU only informed her late last year that the car park’s construction had been cancelled.

The original plans for the car park between B&G and Wright Hall had placed the goal for its completion by the end of 2021. In March last year, following questions from Observer, an ANU Spokesperson stated the car park design was in its “preliminary stages”. They further said that “construction will commence” following approval from the Campus Planning Committee and the NCA. Students at B&G and Wright Hall were then told by ANU Parking that their parking permits would expire on 31 May 2020 to allow for construction.

At the time of publication, the existing car park is still a single-storey lot available for B&G and Wright Hall residents to use. When asked about the original construction plans for the car park, the Spokesperson said that “no construction was scheduled to take place”.

ANU must seek “Works Approval” from the NCA for construction on campus. This usually takes 15 working days to process, with complex projects potentially taking longer. For a major construction project such as the proposed car park, an applicant would need to submit 12 different plans, reports, models and associated documentation before gaining approval. This includes consultation with affected stakeholders and clearance from two ACT agencies. No designs were finalised or consultation undertaken when Observer reported on the car park last year.

NCA works approval processes can vary. The Coombs Refurbishment project underwent two years of analysis and consultation before seeking NCA Works Approval. Similarly, the new Research School for Social Sciences building began consultation and design work in 2015, before seeking approval in December 2017 and having it granted in May 2018.

ANU could not clarify if, prior to COVID-19, there was a Works Approval timeline for the car park.

Construction on campus must also adhere to the National Capital Plan. On 24 November 2019, the ANU amended the Plan to allow for the construction of the accommodation building SA8. This amendment did not change zoning heights over the B&G and Wright car park, which currently prevents the development of a seven-story car park. In order to construct the car park as proposed, the University would be required to seek another amendment, or else lower the height of the proposed construction.

Following multiple requests for comment, a University Spokesperson could not clarify why ANU did not initially alter the zoning heights in question. In their comment to Observer, the ANU Spokesperson stated that when building new residential accommodation, “additional car parking is always considered”.

ANU’s section within the National Capital Plan can be found on page 208.

Kai Clark is a freelance writer and a Philosophy and Asia-Pacific studies student. Clark worked in collaboration with the Observer Editorial Board on this story.