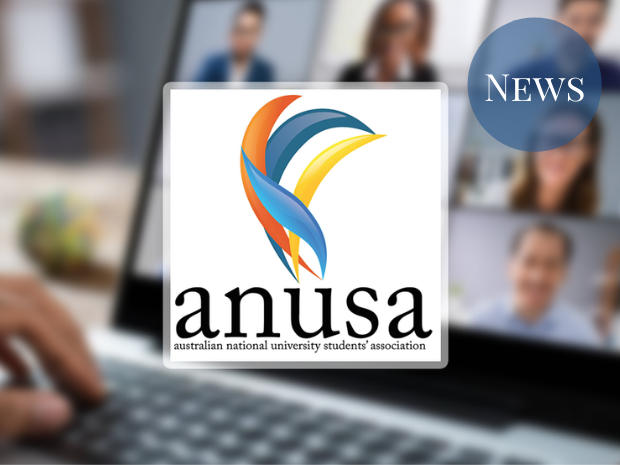 An ANUSA Ordinary General Meeting (OGM) will occur tomorrow from 6:15 pm. The meeting is focused on a number of proposed amendments to the ANUSA constitution, which General Secretary Taylor Heslington says have the “potential to create significant changes in ANUSA”.

All ANUSA members will be able to vote on the amendments relating to 26 issues ranging from minor clarifications to the introduction of new executive roles on the Student Representative Council (SRC). If the motions pass, they will apply to the 2022 ANUSA SRC pending approval from the ANU Council by the end of July next year.

The OGM will be held via Zoom and is scheduled to run from 6:15pm to 9:15pm. Each proposed amendment, or set of complementary amendments, will be moved individually as motions at the meeting. This will give attendees the opportunity to speak for or against the amendments before they are voted on. Constitutional amendments are considered ‘Special Resolutions’ and therefore require agreement from ¾ of those in attendance in order to pass. Voting on motions will utilise Zoom’s built in yes/no function.

In a comment to Observer, Gen Sec Taylor Heslington stated that the “fundamental purpose” of the amendments are to “improve ANUSA’s structures of governance”. Most of the proposed amendments have been drafted by the ANUSA Governance Review Working Group and were initially based on the Governance Review that was conducted by a private consultancy firm. The Working Group was launched at SRC 1 early in the year and was headed by President Lachy Day, Gen Sec Taylor Heslington, and Clubs Council Chair Jacob Howland, amongst a number of other representatives.

At the time, ANUSA Environment Officer Grace Hill condemned ANUSA’s “corporate approach” in collaborating with the consultancy firm. Lachy Day conceded that although in some instances he believed that the consultants didn’t “understand how a union works and how ANUSA works”, he asserted that the current structure of ANUSA “does not work”. In a comment to Observer, Heslington stated that the “initial recommendations [have] evolved” through student feedback that was collected through numerous consultations.

The running of the OGM is dependent on reaching quorum, which is a threshold of at least 40 attendees. If the number of attendants falls below this threshold during the meeting, proceedings must be paused until quorum can be reached again. At a Q&A session held on 29 September, Heslington announced that a back-up OGM 4 is scheduled for Friday 23 October in case there is not enough time to move all the motions on Thursday evening.

Several alternative amendments have been proposed for some issues. These will all be moved as separate motions. However, if an earlier alternative is voted up, the subsequent alternative motions will be revoked and will not be considered by OGM attendees. Furthermore, there are some amendment alternatives that are conditional on the passing of other proposed amendments. Due to the large number of motions, Heslington has admitted that the “OGM agenda will look quite overwhelming”.

Amendments to Executive Roles and the SRC:

–    (NEW) Introducing the Welfare Officer: The Welfare officer will be introduced and will adopt some of the responsibilities that are currently executed by the Vice-President. These include overseeing ANUSA’s welfare policy, providing “general advocacy on welfare issues”, and communicating on behalf of ANUSA with “national and local bodies on relevant welfare campaigns” amongst other responsibilities. According to Heslington however, this proposed amendment contains an error, where it reads ‘Advocacy Officer’, it should have read ‘Education Officer’. As Constitutional Amendments must be proposed 21 days in advance of a meeting, the motion will be voted on at OGM 3 with the error included.

–    (NEW) Removal of the Treasurer: The responsibilities of the Treasurer are to be absorbed into the role of the General Secretary. This change is because “management of the financial regulations” is already done by the Gen Sec and “ANUSA having a Financial Controller has meant that less of the operational finances are done by the Treasurer”.

–    Reduced Number of General Representatives: In line with the recommendation of the Governance Review report, the size of the SRC will be reduced by reducing the number of Gen Rep positions from 14 to 10. The document of final proposals claims that there was “general support” for this change from students who attended consultation sessions.

Definition of an Undergraduate Student: Five motions will be moved at OGM 3 that propose different definitions of an undergraduate student. This clarification comes after it was announced at SRC 3 that the Clubs Council Discipline Clubs Branch Officer could not continue in her role due to the suspension of her Honours project. Gen Sec Heslington has stated that the current definition also includes some students who are not active in a degree program.

Clarification of the Powers of Interpretation: The amendment will state clearly that the Gen Sec is responsible for interpreting the ANUSA Constitution, Regulations and Policies. However, it will also clarify two potential methods for overturning the Gen Sec’s interpretation:
1) if 5/6 of the Executive vote against the interpretation through a procedural during a meeting of the Executive.
2) By an alternative interpretation made by the Disputes Committee, should a matter be referred to them.
It is also stated that, subject to “previously recorded interpretations” of the Gen Sec and Disputes Committee, the person “presiding” over a meeting “may interpret” the Constitution, Regulations, and Policies.