PARSA Advisory Committee to be Established in Updated Constitution 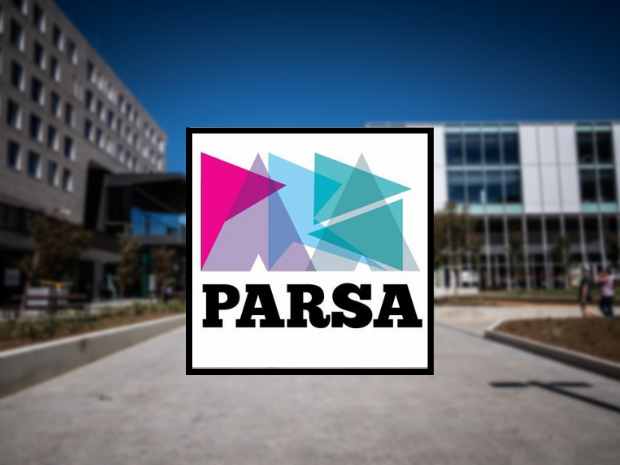 Editor’s Note: An earlier version of this article contained incorrect information about the number of roles filled on the PARSA executive, and did not include several comments from PARSA. The article has been amended accordingly and we apologise for the error.

PARSA will move to enact a new constitution at this Tuesday’s Annual General Meeting (AGM) – 24 May. The new constitution includes provisions for an external Advisory Committee with an ANU representative. ANUSA has critiqued the creation of the Committee, telling Observer on Friday that it threatens the union’s capacity to hold the University accountable.

ANUSA also said it attempted to negotiate a merger with PARSA when it became aware the Advisory Committee may be established, with the prospect that the merger would be well-equipped to “fight off any attempt at an advisory board”, Both PARSA and the University maintain that the proposed merger and Advisory Committee are completely separate and in no way related.

The draft for the new Constitution calls for the establishment of an “Advisory Committee” consisting of a “representative of the ANU”, “up to 5 additional representatives”, and the PARSA General Secretary. Observer understands the additional seats on the Committee may be held by legal and business experts, or professionals who would otherwise “provide in-house expertise on issues which [Postgraduate Representative Council] might not have experience with.” The Postgraduate Representative Council (PRC) is the governing body of PARSA, which consists of all elected representatives of PARSA including the Executive.

In a statement linked on PARSA’s AGM web page, the union told members that an ongoing review of its constitution “highlighted that our current governance structures have limitations.” It went on to say that an advisory committee would address these by “bringing in outside help”, “allowing there to be a split between operations and strategy”, and “creating a permanent position for the ANU representative on PARSA.” The statement also said that “the Advisory Committee should also have the ability to provide guidance on long-term strategic planning”.

This comes after the alleged “governance failure” of February last year, wherein the PARSA President lodged a petition for the PARSA Board to be abolished. The petition also cited several alleged violations of PARSA regulations, including the Board’s approval of $780,000 for investment services without first consulting the postgraduate student body. When this sparked a constitutional crisis, ANU began an audit into PARSA and temporarily seized control of the organisation the following month.

In July 2021, the entire PARSA Board resigned with the exception of the then-President, and the possibility of PARSA returning to its 2017 constitution was discussed as a result of the fallout.

Currently, only four of the seven positions on PARSA’s executive are filled, with both the presidency and vice presidency recently vacated.

The draft constitution specified that the Committee’s purpose will be to “provide high-level strategic advice to the [PRC]”. The new constitution stipulates that “[the PRC] are not obliged to follow the advice provided by Advisory Committee Members”. However, it also states elsewhere that “failure to consider advice relevant to legal or financial issues may constitute a breach of [the PRC member’s] fiduciary obligations.”

Committee members, including the ANU representative, are also empowered by the new constitution to “attend PRC and executive meetings upon request”. PARSA also stated in an April press release that “it is important that the Advisory Committee has no voting rights within PRC”, but the draft constitution contains no such guarantee.

This feature of the new constitution has also been denounced by ANUSA. In a press release issued on Friday, ANUSA said it was “concerned about the effect on student unionism at the ANU if the university gains influence over the very organisations that exist to hold the university accountable.” Friday’s press release also warned that “with the implementation of an Advisory Committee with ANU representation, the relationship of student unions to the ANU is fundamentally altered in a detrimental fashion for students.” PARSA disagrees, telling Observer on Monday, “The inclusion of an advisory panel in our new structure, described in the draft 2022 Constitution, has been discussed for several months now as a way to ensure transparent, accountable and informed governance without compromising our independence in decision-making.”

The release also made clear that ANUSA had attempted to negotiate a merger with PARSA in response to these concerns about the Advisory Committee. As part of those negotiations, ANUSA claims it guaranteed that the PRC would continue to operate alongside ANUSA’s SRC. It also claims to have committed to the creation of additional postgraduate related positions to ensure substantial representation of the postgraduate community.

“As part of ANUSA’s response to the emerging development of an Advisory Committee, a proposal for merging the two student unions was presented to the PRC”, the ANUSA press release stated. “The merger included a commitment to strong postgraduate representation and autonomy, which explicitly included a rejection of any advisory committee”.

Nonetheless, the PRC ultimately rejected the ANUSA merger proposal, telling Observer, “we could see some benefits from a merger but also substantial risks regarding the level of postgraduate representation within a merged union, especially noting significant differences in how undergraduates and postgraduates interact with their representative unions. We also discussed how the postgraduate experiences are in many ways different to undergraduate experiences and concluded that two separate unions continues to be the model which best represents the interests of students.”

When asked for comment on the proposed merger, an ANU spokesperson stressed that “The Advisory Committee has nothing to do with this and is a completely separate matter.” The spokesperson also told Observer that “ANU is broadly supportive of [it]”, and that the University “feels this would increase the effectiveness of both organisations advocacy and services, as well as deliver better outcomes for students.” The spokesperson also noted that the merger could only occur after proper communication and consultation with the student community.

The PARSA 2022 AGM will vote to ratify the new constitution on Tuesday.