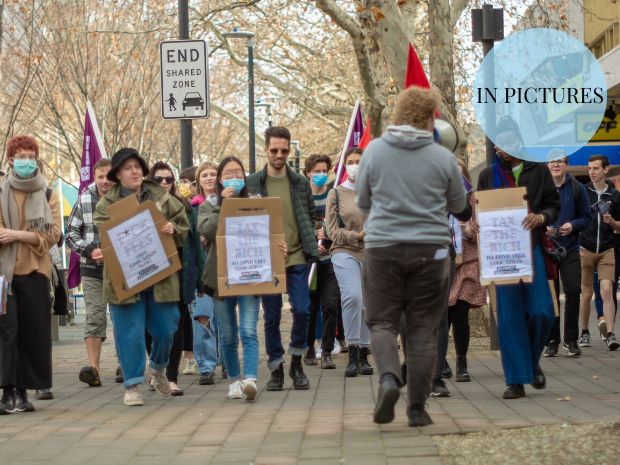 By Rebecca Zhong and Madeleine McDonald

Students and staff gathered in Garema Place this afternoon to protest the cuts to University funding and fee increases announced by the Federal Government. The rally addressed the financial impact of the pandemic on the Higher Education sector, with calls for “free and publicly funded higher education”, as well as the protection of jobs and working conditions for staff.

Observer spoke to ANUSA Education Officer Skanda Panditharatne and student activist Grace Hill on the aims and demands of the protesters, as well as future events and rallies as the campaign continues into the future.

Panditharatne described the protest as “about an ideological war that the government has fought for years against universities and the Higher Ed sector”, which he says is “making it harder for ordinary people to get a degree and … particularly for low SES students to study subjects that give some critical thinking skills, such as the Humanities.”

A National Day of Action has been planned for 28 August. 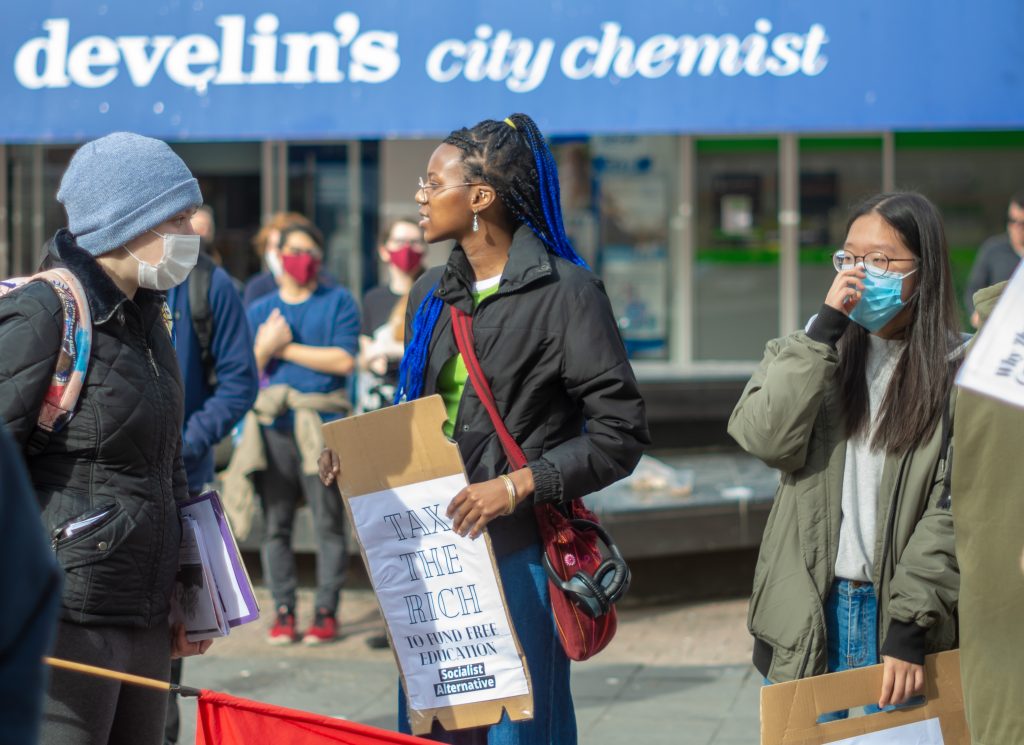 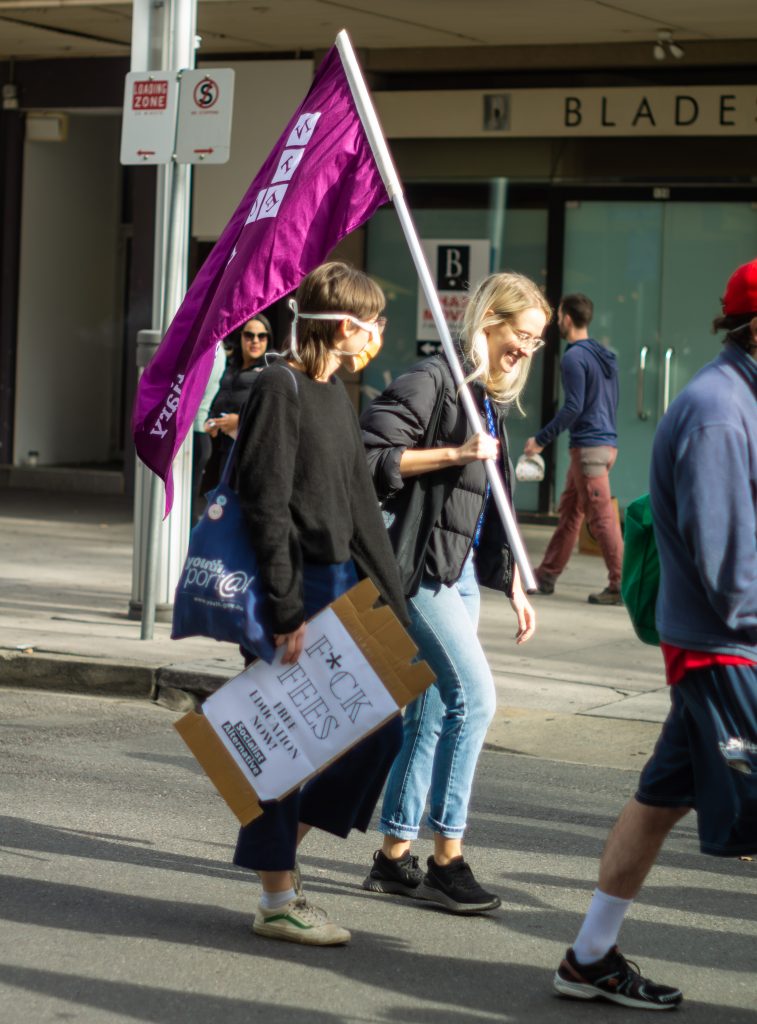 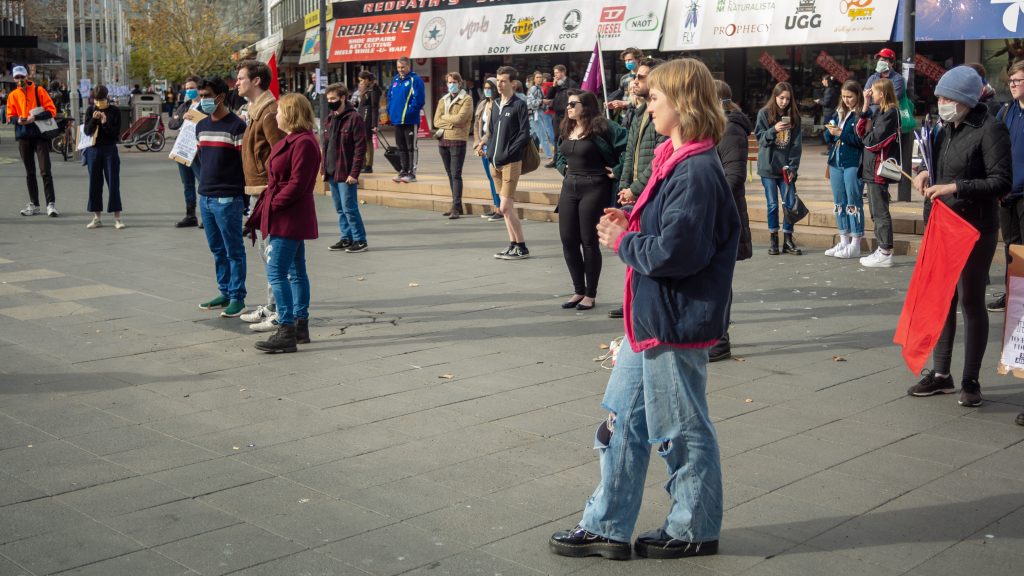 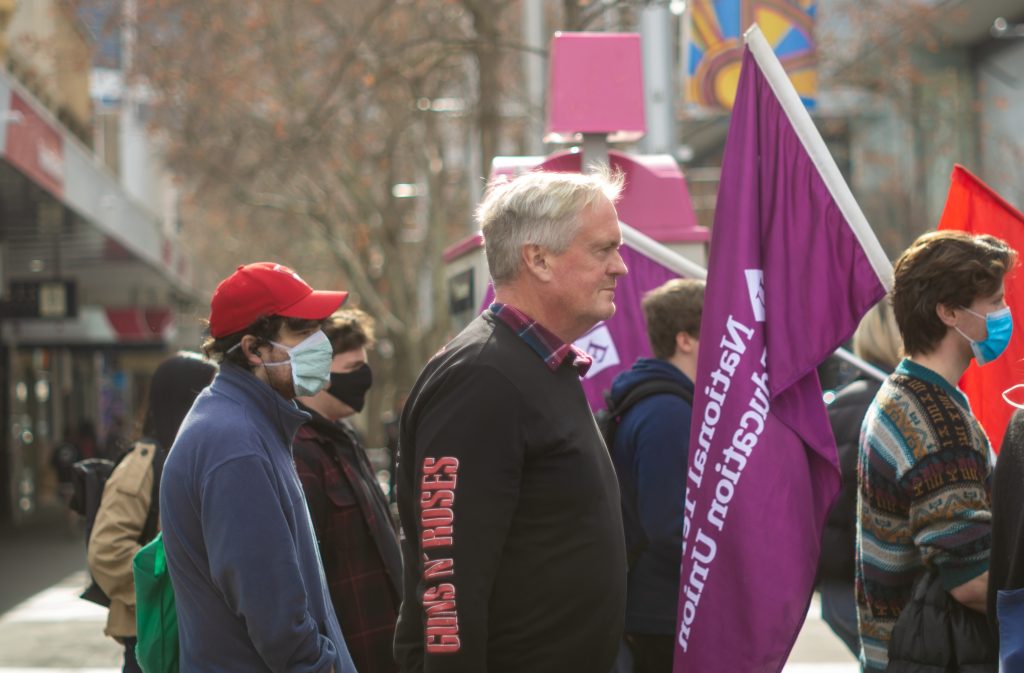 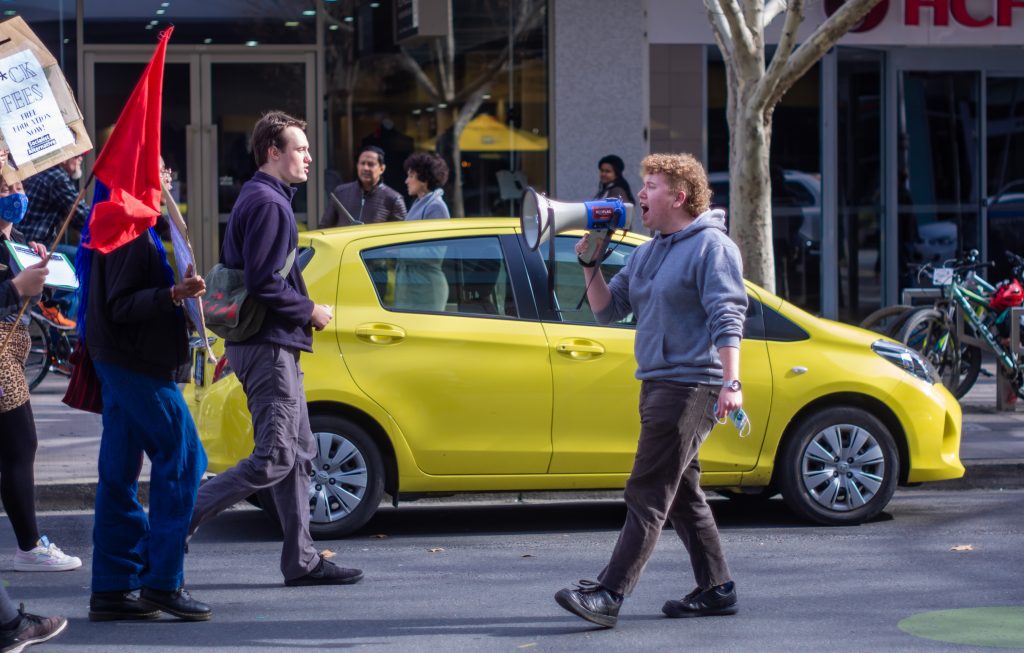 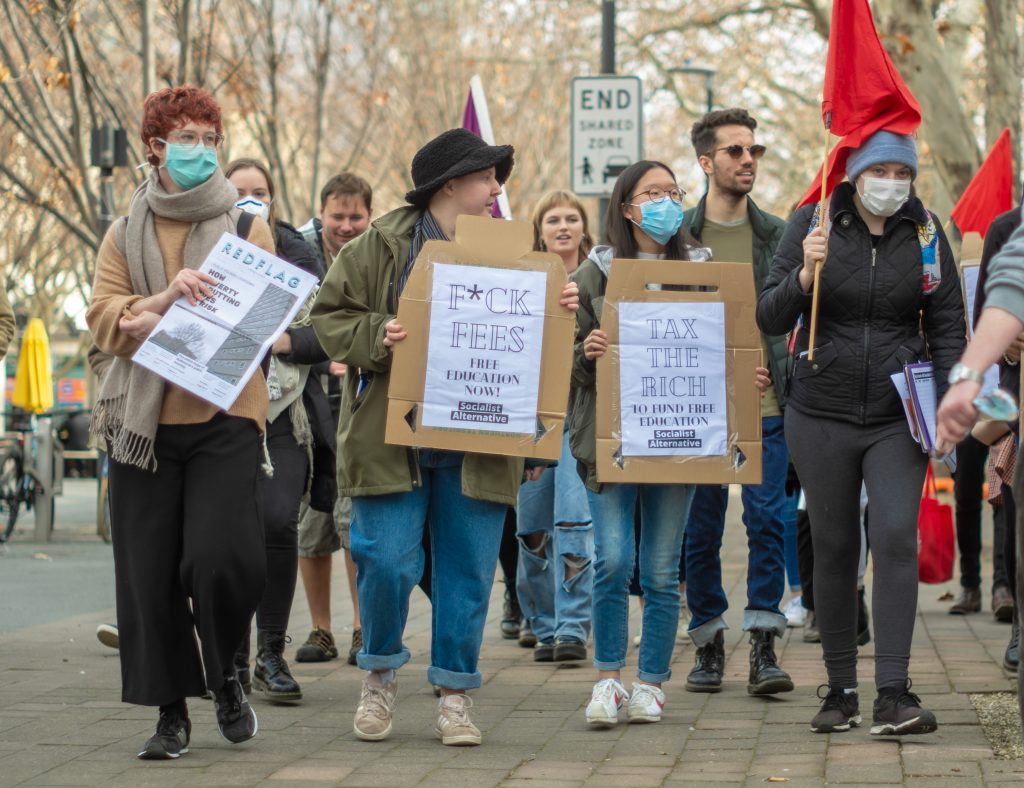 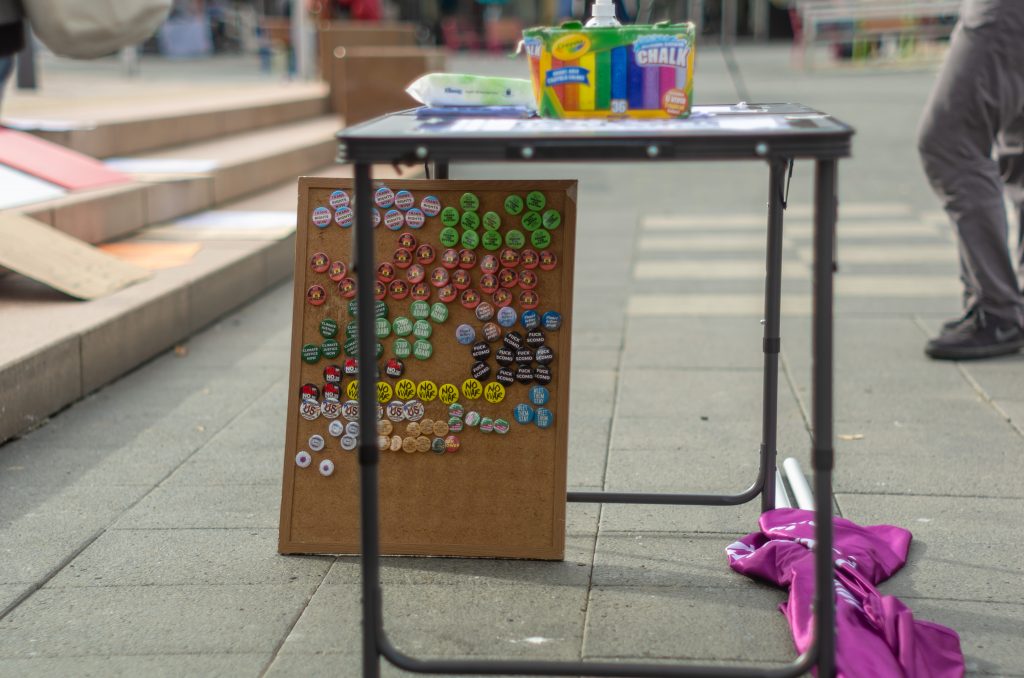 There were a number of speeches given at the Rally. Panditharatne, who was the first speaker, stressed the need to have “unity in fighting the fee increase” as well as “overall lowering of funding to university”. He called on students to take action through whichever avenue that could, including “writing to local MPs,” and invited students to get involved in the NTEU’s ‘Kill the Bill’ Friday project. The ‘Kill the Bill’ project aims to organise different protest activities each Friday for students to get involved with.

Bianca Henessy from NTEU ACT Casuals Network described the Federal Government’s recent actions as “changing rules repeatedly to prevent [university access] to Jobkeeper”. Henessy argued that there was a need for a “strong and growing publicly funded [university] sector where every student has access to education”, and that  the fee hikes would lead to many “books that won’t get written and young people who won’t get to be empowered through knowledge”.

Brindabella Greens candidate, Jonathan Davis, offered his commitment to “this movement to fight Morrison/McCormack’s cruel actions”. Davis argued that the fee hike is a government effort to “pit students against students” with the underlying intentions of wanting “to support their big business mates”.

The protests were led by various chants, including, “No cuts, no fees, no corporate university”, “When students and staff are under attack, what do we do? Stand up, fight back!” and “Education should be free, chuck the Liberals in the sea”.

The proposed changes to University funding will see a dramatic increase to the cost of humanities courses for students commencing in their degrees in 2021.

At the time of the announcement, VC Brian Schmidt noted that the “positive side” was that the University would be able to offer more domestic places starting in 2021, as well as additional funding for rural and regional students. However, Schmidt also noted that under this proposal, the funding in STEM would decrease in step with the proposed decrease in course fees, as the “total amount of money [the University gets] per student in these areas drops dramatically”.

In May, ANU announced that the University is expecting a $220 million budget shortfall for 2020. Proposed cuts to spending have included the deferral of the annual pay rise for 2020 and 2021, letting go of casual staff, and ‘voluntary separations’.

This article has been updated to include additional reporting from the rally.