Welfare and Clubs Officers Added to ANUSA For 2022: OGM 4 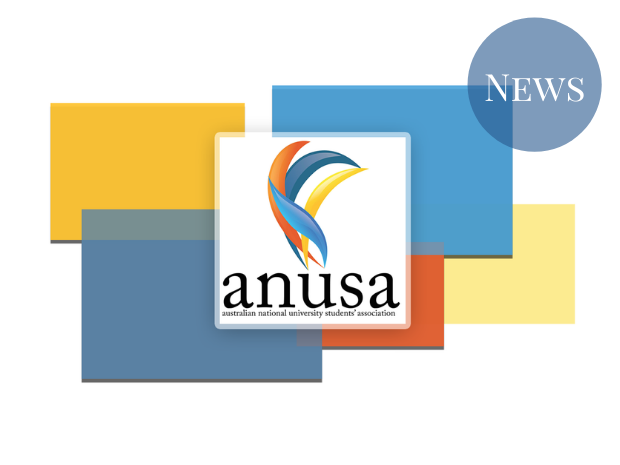 By Declan Milton and Brandon How

These changes will mean an increase in the number of ANUSA Executive Members from six to seven. There will only be one additional executive member, as the role of Social Officer will be absorbed into the new Clubs Officer position. Last night’s OGM also saw the rejection of a proposal to have the responsibilities of the Treasurer absorbed into the Gen Sec role, alongside the approval of four minor amendments to “ensure consistency of the ANUSA constitution”, as described by Gen Sec Taylor Heslington. As previously reported, the amendments were all drafted by the Governance Review Working Group that was created at SRC 1 this year. All constitutional changes that were approved last night will come into effect in 2022.

OGM 4 was scheduled as a backup OGM in the event that all the proposed motions at OGM 3 could not be discussed within a reasonable time frame. In light of this, Treasurer Maddy Wang described having to attend “two OGMs back to back” as a “cruel and unusual punishment”. For your benefit, Observer attended OGM 4, and has prepared a walkthrough of the important constitutional amendments and the arguments surrounding them.

From the beginning, quorum was under pressure, with the threshold number of attendees only reached 6 minutes before the 30 minute time limit. If an OGM fails to meet quorum, it would have to be postponed in accordance with the ANUSA constitution. However, quorum at OGM 4 was generally more stable, as opposed to last week’s meeting.

Before voting began, incoming Treasurer Siang Jin Law urged the SRC to “think about how big [the] exec will be and its impact on the budget”, adding that increasing executive positions may involve cuts in other areas. Similarly, incoming President Madhu Janagaraja advocated for a smaller executive, as she believed this would be more efficient for the “functioning” of the association. On the other hand, CASS Representative James Eveille argued that maintaining the status quo would be a “missed opportunity”, and that the proposed changes would help to “deal [with] and manage…office bearers who work too much”.

The Clubs Chair, which is not currently part of the ANUSA Executive, will now combine with Social Officer to create the new position of Clubs Officer. Mover Jacob Howland, the current Clubs Chair, spoke about his experience working in a role which was “highly technical” and time consuming, yet unpaid. Howland also argued that it was imperative for Clubs to “have a representative on the ANUSA Exec”, since “decisions made on that level very frequently affect clubs”.

Seconder Jordyn Gibson, who is also Clubs Council Secretary, highlighted that students were generally unaware of what ANUSA was, but had a closer connection with ANU clubs. She stated that the “strongest form of outreach ANUSA has is through clubs”, and therefore having a member of the Executive dedicated to the oversight of clubs would produce a more “efficient” outcome.

ANUSA President Lachlan Day, who spoke against the motion, argued that combining the roles would see a “return to the system ANUSA had four years ago”. Before 2017, the Social Officer was also Chair of the Grants and Affiliations Committee (GAC). The GAC had general oversight regarding clubs, before being replaced by the Clubs Council – the system ANUSA uses today. Day argued that Social Officers under the GAC model “simply [had] too much work to do”. Day, however, fiercely advocated for motion 4.3, which sought to have an autonomous Clubs Officer on the Executive (seperate from the Social portfolio). Motion 4.3 was ultimately not discussed given that motion 4.2 passed.

Day was also concerned about the effect of the added workload that the Social Officer would have to deal with, given that he had seen some Officer’s in previous years experience “very huge burnout sessions after O-week and Bush-week”. He also cited current Social Officer Sophie Jaggar’s workload, as she logged approximately 50 hours of work per week, during peak times on the social calendar.

Despite Day’s comments, Jaggar spoke in favour of the motion, referring to times outside of O-week and Bush Week when she had to actively “find work to do”. Jokingly, Jaggar stated “I cannot emphasise to you enough the amount of work I do not do during semester”. She also noted a general trend where there was more “need to integrate” with clubs, recalling difficulties  coordinating with Clubs staff on logistical matters during O-Week and Bush Week.

In the event that the Clubs Officer workload became excessive, Jaggar argued that responsibilities could be delegated through the employment of Directors. Such positions would be temporary, and would cost ANUSA less than maintaining an additional executive position.

The motion passed, meaning nominees for Clubs Officer will be on the ballot paper in next year’s ANUSA elections.

The Welfare Officer will take the responsibility of running Welfare based advocacy campaigns away from the portfolio of the Vice President. As previously reported, the Welfare Officer will be responsible for overseeing ANUSA’s welfare policy, and advocating on welfare related issues. Several students suggested that ANUSA was unusual among other student unions for not having a dedicated Welfare Officer. The motion was passed, with 34 voting for and 8 against. Despite the majority of students voting in favour of the motion, a lengthy debate took place.

The mover of the motion, CASS Representative James Eveille, argued that the proposed role was important for two reasons. Firstly, he expressed his belief that “ANUSA needs to get in line” with respect to welfare support, claiming that the ANU was the only G8 Uni without a dedicated welfare officer. He further claimed that ANUSA “generally had poor engagement” with low socioeconomic status (SES) students. Gen Rep Ben Wicks, who seconded the motion, also argued that the University needed to provide improved welfare services to make the University more accessible, commenting that “there are too many jokes about ANU being North Shore/Sydney Uni”. Jordyn Gibson corroborated Wicks’ observation by stating that “many people in this room went to elite private schools”. Gibson further argued that “if you are low SES”, it becomes very difficult to get involved with ANUSA unless you have “parental [financial] support”. In opposition, Siang Jin Law suggested that even if a Welfare Officer were to be created, if the officeholder is not from a low SES background, they would “not adequately understand their needs”.

Secondly, Eveille argued that despite the ANUSA constitution stating that the VP handles “education and welfare issues”, the “VP role has transitioned away from welfare advocacy” to focus more on educational access issues, such as ensuring lecturers record lectures. Eveille also noted that “the Vice President [has] an enormous workload”, and that to ease this workload by introducing the Welfare Officer would only be “one additional change to the executive”. Gen Rep Ben Yates pointed out that the Education Officer can help with “education advocacy issues”, and that it “was a loss” to ANUSA to not also have a Welfare Officer to help with welfare advocacy. Disabilities Officer Zoe Ranganathan impassionedly expressed that it was better to have an executive role dedicated to welfare issues to “show the student body that we give a shit”.

Several students spoke against the removal of welfare advocacy responsibility from the portfolio of the VP. Incoming 2021 Vice President Christian Flynn suggested that the “issues the Welfare Officer would be looking at…is what the VP should be doing”. He suggested that the VP could conduct welfare advocacy at a “higher level” than a welfare officer due to their close relationship with the ANUSA President. However, Flynn did suggest, as an alternative proposal, that the VP’s workload could be reduced if “some things like the BKSS could be run by other portfolios”. Current VP Madhu Janagaraja argued against the motion on the grounds that “there is no thing a VP should or shouldn’t do”. Janagaraja described the role of VP as “the most nebulous” in ANUSA, and suggested that instead of introducing a new executive officer, the association should “[investigate] how the VP role can be redefined”. Furthermore, 2021 Treasurer Siang Jin Law expressed scepticism about having a welfare officer, suggesting that she “[doesn’t] know what they would do that the VP is not doing”.

It was also argued that the addition of the Welfare Officer would increase ANUSA’s involvement in advocacy campaigns. Wicks emphasised his belief that “as the national university”, students at the ANU had a “unique responsibility” to have a louder activist voice to campaign on national welfare issues such as “youth allowance access”

This motion was passed with 34 votes for and 8 votes against. Amongst those who voted against were the current and incoming Vice Presidents. The Welfare Officer will be on the ballot paper next year.

An attempt to combine the roles of the General Secretary and Treasurer failed,with critics of the motion arguing that the roles were too technical and time consuming to become one portfolio. CASS Rep James Eveille spoke for the motion, arguing that the move is “straightforward, pretty simple and quite common”, adding that ANUSA needs to move beyond the status quo.

Day, the mover of the motion, stated that out of all the possible positions which could be combined, “this makes the most sense”. Day here was referring to the fact that the Gen Sec is already responsible for “a lot of the management of financial regulations”. In addition, the motion argued that since ANUSA already employs a paid Financial Controller, “less of the operational finances are done by the Treasurer”.

Current ANUSA Treasurer, Maddy Wang, rebuffed most of Day’s argument, highlighting that both positions were “very technical”, and it was therefore inappropriate to combine them. She lightheartedly mocked Gen Sec Taylor Heslington’s poor math and counting skills as evidence supporting her argument. In relation to Day’s point about the Financial Controller, Wang responded by reminding Day that the Controller was currently on leave, so the operational duties of the association were left to herself. She also asserted that “half” her role is about “being accessible to representatives” to answer questions about all matters relating to the financial procedures/position of ANUSA.

Heslington took the SRC through a typical working week of her role. She informed the attendees that she allocates a portion of her hours to helping students with governance issues as well as her own project work such as the Governance Review Working Group, something she says she has found “most valuable” in the role. This, she argued, would be compromised if there were additional duties added.

Dominic Harvey-Taylor agreed with Day that there was scope to change the role of Gen Sec and Treasurer. However, he argued that what made more sense was expanding the roles rather than combining them. Harvey-Taylor talked of the need for “revenue diversification”, given that SSAF funding is likely to decrease come 2021. He stated that “if we don’t have someone dedicated to solving that issue it will be unresolved”. Incoming Treasurer Siang Jin Law echoed these sentiments, saying that she is “not sure a year is enough” to get an ANUSA business up and running. She added that the work to do so would likely have to be continued by future Treasurers.

Law also contended that the Treasurer position is “one of the most accessible positions on the Exec” for people of colour and women, and if combined it may “lock out specific groups of people”.

The motion was voted down.